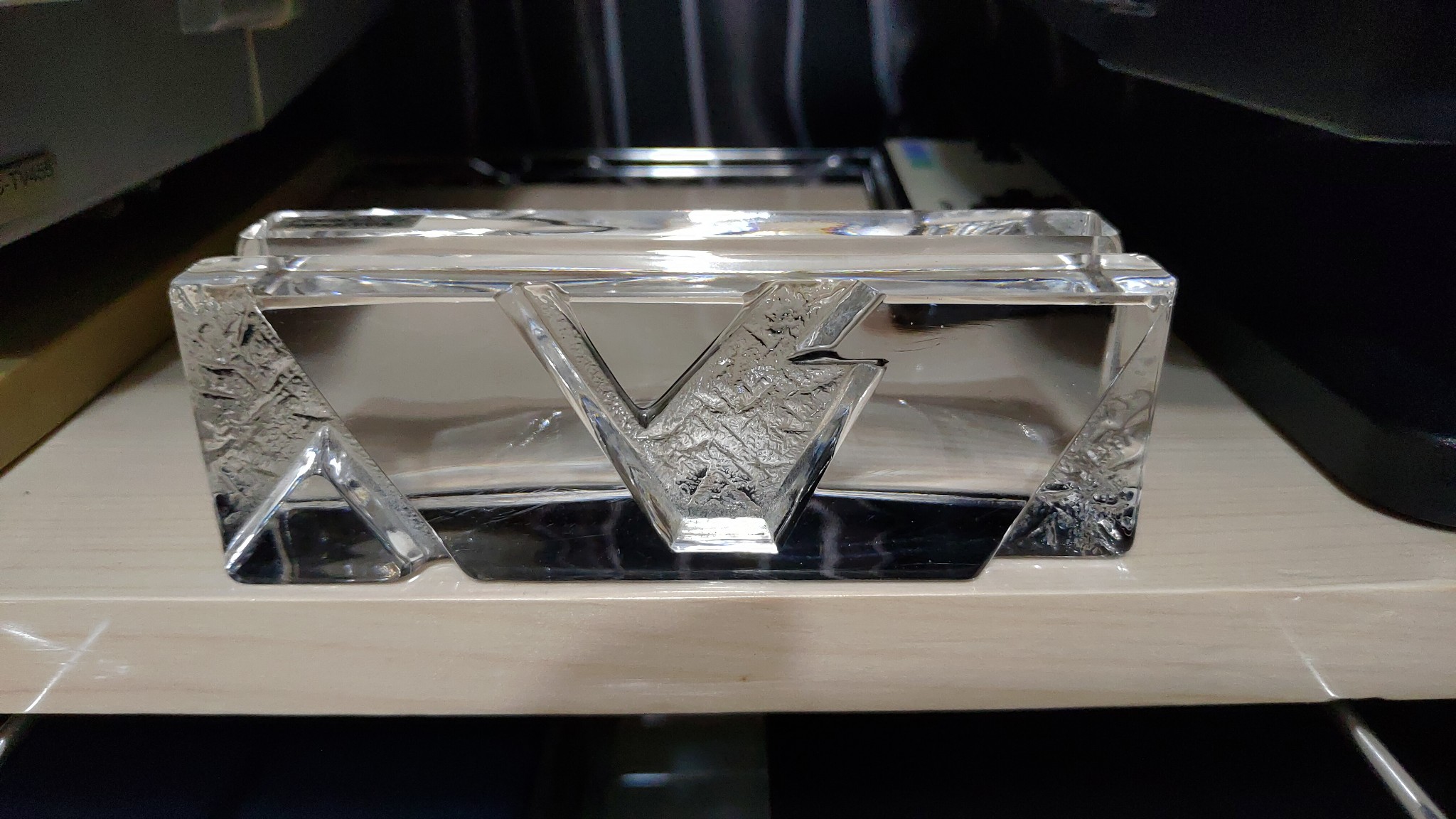 I saw this thing on Yahoo Auctions a few months ago. I was interested, but it was kinda expensive, it ended up going for 7500 yen. I passed. But it suddenly showed up on PayPay Flea Market for 500 yen, including shipping! So it was a no-brainer.

But what on Earth IS this, you demand to know? Well, it’s made out of a really nice glass and crystal hybrid by Koshida Glass, a company with some international recognition. It has a nice weighty feel to it. Looks sharp (pun actually not intended, but recognized and not removed)! And it’s in the shape of the X1 logo.

Yeah, but what on Earth IS this, you still demand to know? Well, I’m not sure. I thought it was a business card holder at first, but when I put a business card in it, it fell right out of the little wedge. Maybe it’s a business card repeller? But someone suggested it might be a pen holder.

It seems to work as such. I am used to pen holders being vertical and holding multiple pens, not this horizontal, single-pen holder. It’s probably for someone who has nice pens. My favorite pen (not the one pictured, but this is my most aesthetically pleasing pen) costs like 500 yen. But it looks pretty nifty, anyway!