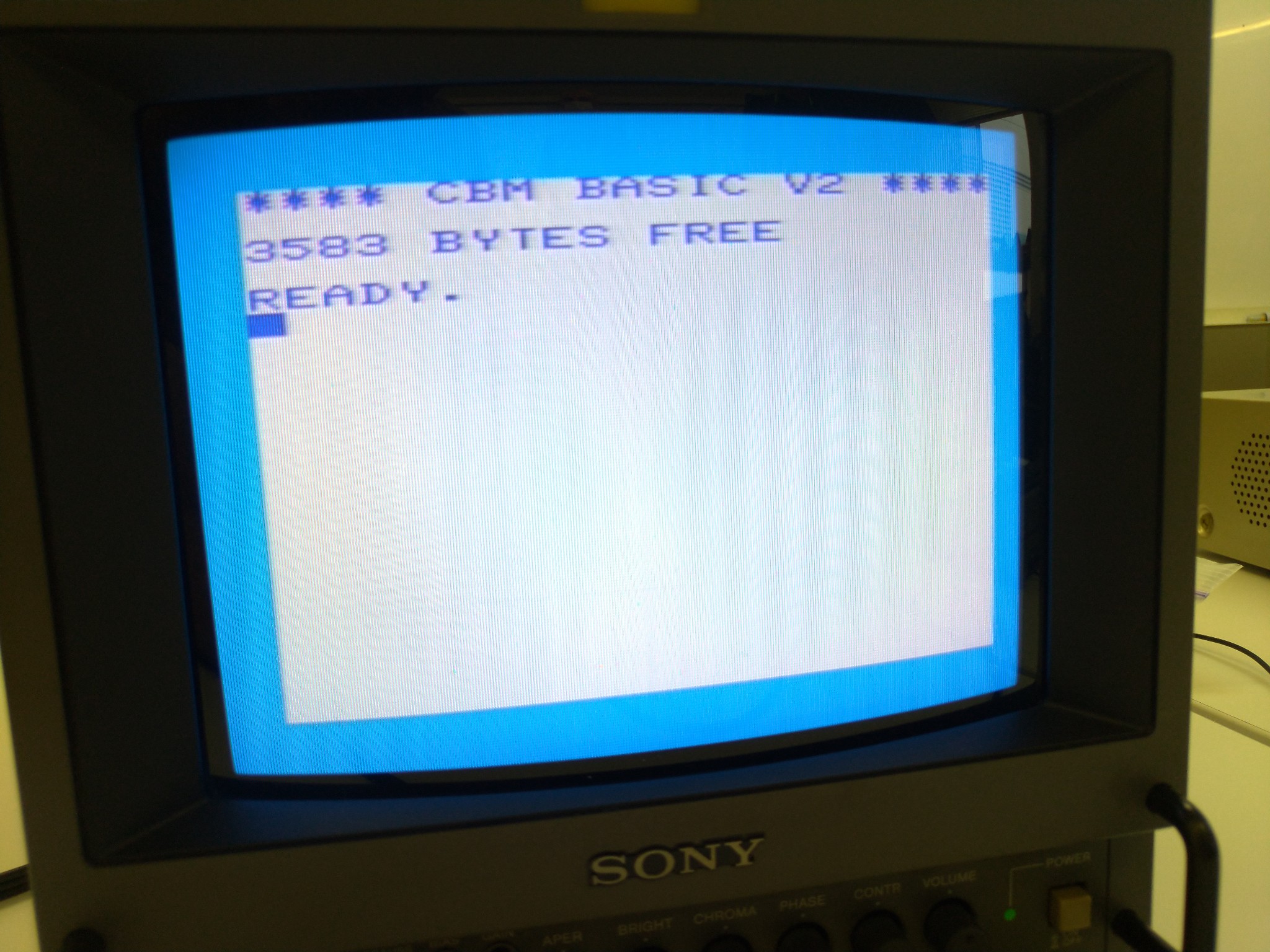 Another Saturday was claimed by the vintage computing monster. Six of us gathered to share our computers, games, and expertise with each other. Sean arrived first with a nearly-empty suitcase, and Edoardo moments thereafter, carrying Sean’s Sharp X1 D which he had performing some maintenance on over the previous week. The X1 D is a beast of a machine.

Edoardo also brought his modern-remake of the Amiga 500. It’s A500 compatible but with some modern conveniences to allow it to survive the trying conditions of the 2020s, such as HDMI output. The Amiga port of Double Dragon, famous for being terrible, is much better than the Commodore 64 version, so Sean managed to play it all the way to finish.

Sean had recently purchased some VIC-1001 tapes from Yahoo Auctions but doesn’t actually have a VIC-1001. Saburo to the rescue, he brought in his VIC-1001 to the meetup. Unfortunately, whether the fault lies with the tapes, the VIC-1001, or both tape drives, loading was met with little success, but it was sure funstrating to try! We did at least get Heiankyo Alien to load once.

Justin, Curt, and Sven pursued some more technical activities, ranging from troubleshooting the tape drive problem on the VIC-1001 to recapping Curt’s JR-200.

The team also reassembled the necessary connections to hook the X1 D up to the PVM, so a gaming session ensued. The X1 D is a strange model of the X1 series, with 3″ internal drives, as opposed to the standard tape or 5.25″ drives. Sean had come across a relatively large lot of X1 D disks recently so we played around with some of those. 6 o’clock always comes too soon at our meetups.