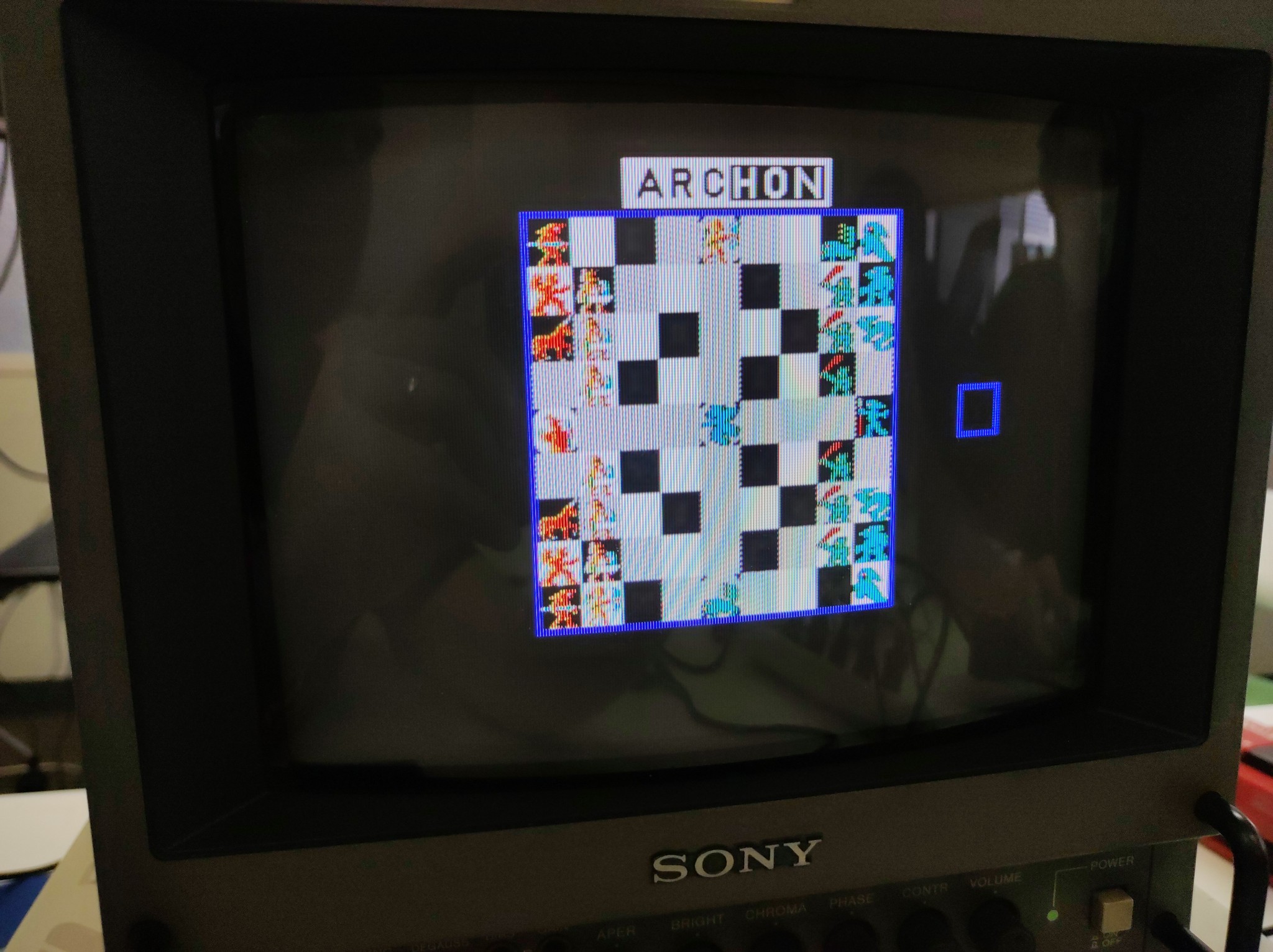 Our 19th gathering was attended by a recent record of nine! That was thanks to the brief appearance of member Michelle’s wife and son (bringing along a PC Engine) before the group of them scuttled off to their previous engagement.

Edoardo and Sean were first on the scene. Edoardo brought his Super Famicom gamepad controller adapter that attaches to the MSX-style game ports of many Japanese computers. And Sean brought with him just such a computer – the MZ-2500. We tested the controller adapter with Xevious and it proved to be good and responsive with no detectable lag as far as us middle-aged men could tell. Very nice solution!

The MZ-2500 has two alternate modes, MZ-80B and MZ-2000. We spent much of the meetup playing MZ-80B games, an assemblage of simple monochrome games (usually in BASIC) but with some unique ideas, for example Treasure Searching Game, where you search for treasure with a metal detector and sometimes blow yourself up by stepping on a bomb. More standard games include breakout and Pac-Man.

Curt came in with a couple of MSX machines for Lode Ru^H^H^H^H^H^H^H diagnosis and repair. Comically, Edoardo thought the machine was broken even more when a game loaded and started making a rudimentary sound effect. But it was still pretty broken at that point. Finally, some semblance of success seemed to be achieved as Lode Runner eventually graced us with its presence on the screen.

Saburo arrived with his KryoFlux, a device that can make near-perfect copies of floppy disks and provide a detailed, graphical analysis of its results. This allowed us to play some of the MZ-2500’s more sophisticated native games such as Archon and Toritorn. Justin and Sean played a full game of Archon to the bitter end, with Justin ultimately being the victor.

And Justin was the hero of the meetup, because he managed to get a program to compile in the MZ-80B FORTRAN program – Tiny FORTRAN Form. It didn’t have any output but hey, it compiled!