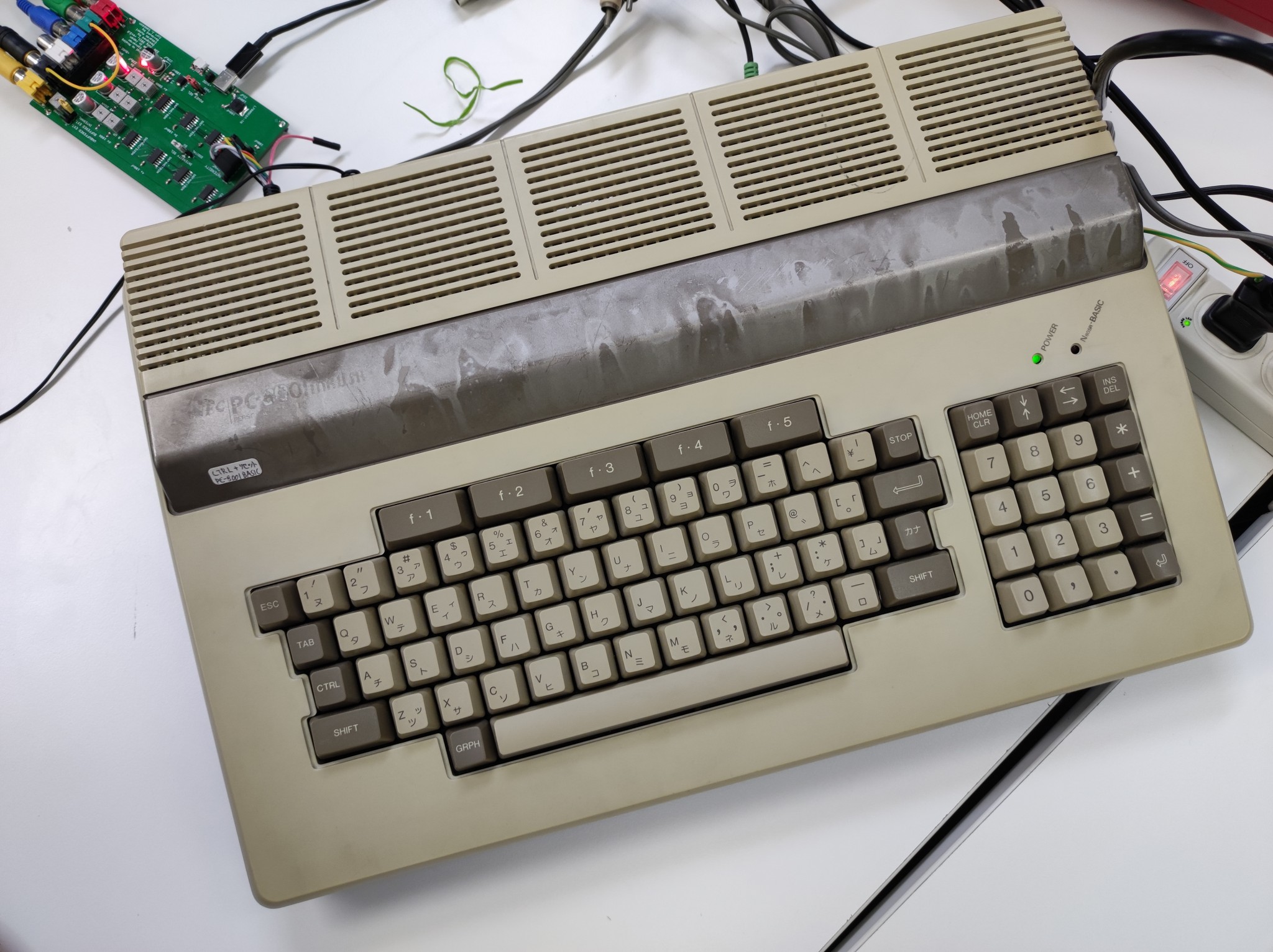 It was a little smaller crowd than usual, as our regular members couldn’t line up their schedules on a single day. Hopefully everyone can make it next time!

Sean brought his PC-8001 for some game-playing, and a Pasopia7 for minor repair. The PC-8001 has an interesting assortment of games available for it, including Asteroid Belt and Wild SWAT. The PC-8001 by default has no volume control and the internal speaker is much too loud for a shared-space meetup, but fortunately Edoardo had installed a potentiometer to control the speaker a few months ago. Rather than bringing a cassette deck and individual tapes, Sean brought his old smartphone with a couple dozen games pre-loaded on it, and an adapter to interface it with the PC-8001.

Edoardo fixed the Pasopia7 lightning fast and Sean’s phone contained a couple of games for that system, as well. Most notably, there was Door Door. This is a Japanese classic but from level 1 it is already very difficult.

Greg brought in his Amiga 600, which has a Vampire installed for an extra speed boost. He showed off a new game called Retro Wars, which contains cute renditions of Star Wars characters and tackles the hard-hitting theme of retro computing. We also got in a game of Marble Madness.

Sean had just picked up a set of PCG-leveraging games for the PC-8001, but woe is him, he doesn’t have a PCG. Saburo to the rescue! He brought his PC-8001mkIIsr, which has a PCG built in. The games certainly looked better with the PCG, but they were still very hard!