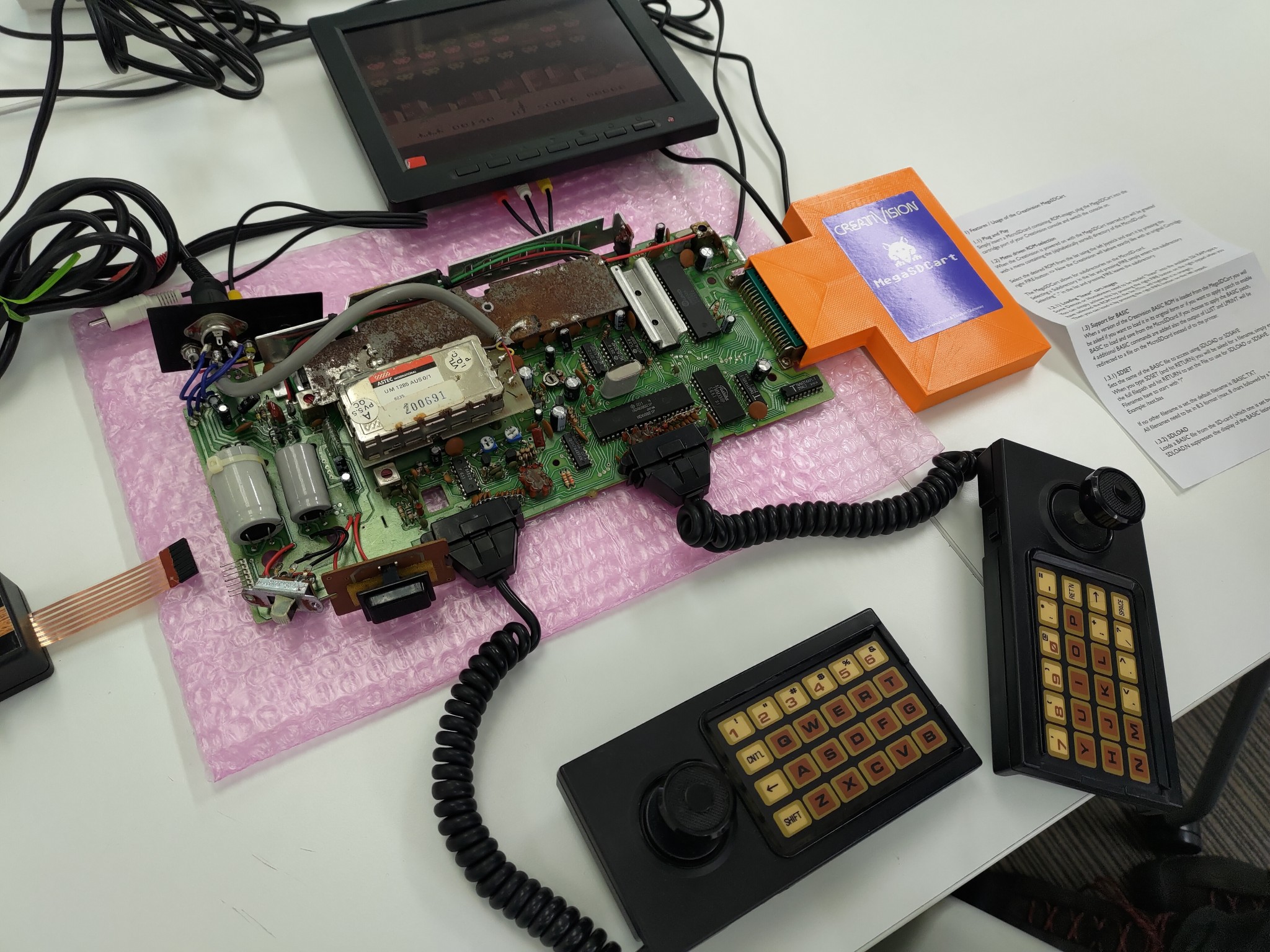 Our group met for another round of vintage computing activities as we bid adieu to long-time member Justin as he leaves for his home country. This time around, Sean brought his MZ-1500 for another visit. This is the system with the oddball QuickDisk drive, which reads like a tape but goes more or less at the speed of a floppy drive. He’d picked up a few new games recent to show off, including TNT Bomb Bomb and Mappy.

Michelle brought in another gigantic wad of vintage goodness with her IBM XT and an NEC PC-TV351 monitor. All manner of testing was performed on the monitor to try to get it to sync with various things. It ended up being quite the useful device for this meetup!

Sven brought in his ever-growing Z80-board retro project. It’s a work of art in its own right, generating and displaying a work of art!

Saburo brought in his finicky Creativision machine with a slew of games on an SD card. The machine often freezes or hangs while loading games, but once it gets going, it works pretty smoothly. It runs a pretty mean game of Space Invaders and it has some interesting demos, including a music creation tool and sort of live performance visualization to go along with it.

Edoardo brought in version 2 of his digital to analog RGB converter board, though for some reason only version 1 shows up in photos. Curt and Justin spent hours working with it between Michelle’s PC AT and Curt’s FM-7, ironing out the final details.

Edoardo also brought another new homemade gadget – a data recorder emulator that responds to commands on the remote signal, which could be a real boon to meetups and the community in general, but unfortunately the screen connector seems to have cracked so we weren’t able to use it this time. He also brought a lot of stuff that was delivered to his house for Sean, including this robot that Sean spent about two hours cleaning.

So long, Justin! Hope you can visit sometime.