I borrowed this magazine from a friend long enough to scan it. I had no idea there was a Commodore Japan until I was in my 40s. By the time I heard about it, it was all from the lens of an unfortunate part of computer history. But at the time this magazine was published, things were very different so now I know a bit about it from the lens of a bright future. I sure wish I could have experienced this time period, even for just one day.

This file should be fairly suitable for viewing on a desktop or a smartphone screen with zooming. If anyone wants a substantially higher quality version, please let me know.

Update: commentor AndreaP has alerted me to the existence of Volume 5 of this magazine on archive.org. Thanks!
https://archive.org/details/VICVol5

There was a pretty big batch of MAX Machine games going down on Yahoo Auctions. 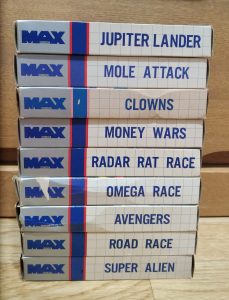 Four boxes were completely new to me, and some boxes replaced older boxes that weren’t as nice looking.  I resold the leftovers on Yahoo Auctions 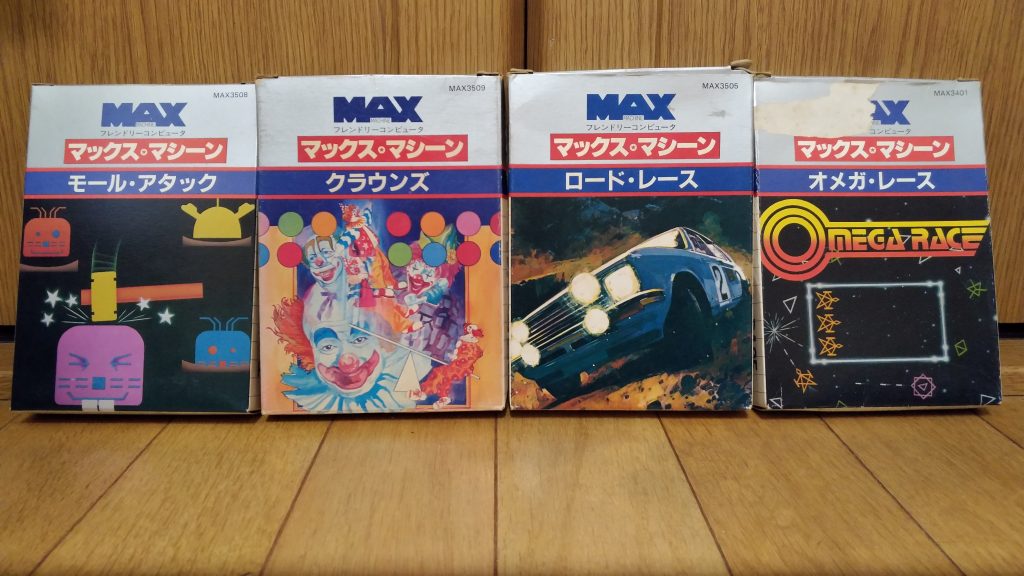 This is the collection as it stands now: 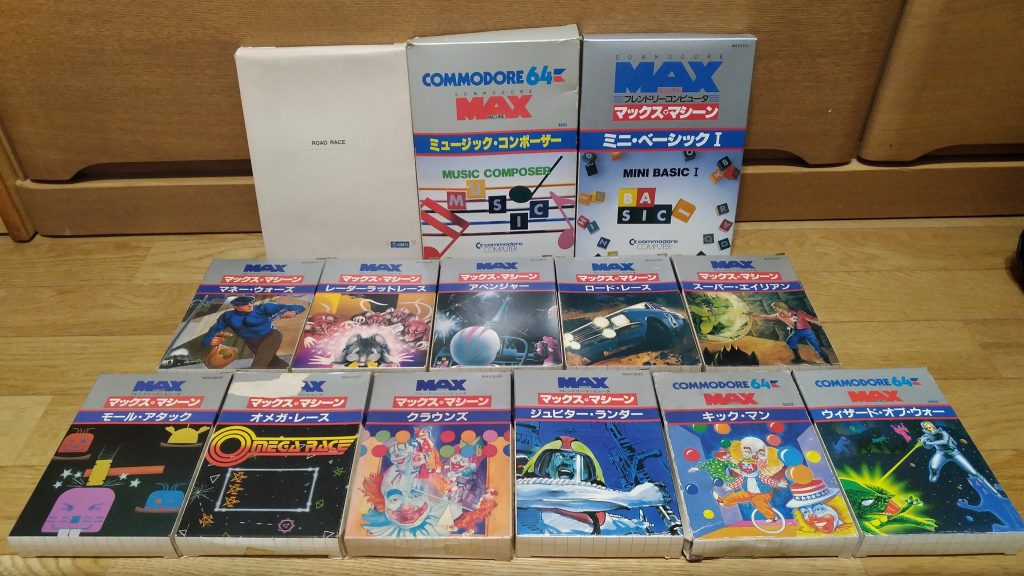 Here are PDF files of the MAX Machine manuals I’ve accumulated and scanned. These are suitable for viewing in your web browser, but if anyone would like to print these, I’ll link to a temporary higher-resolution file.

This was the first time I’ve walked into a store and found (and bought!) a MAX Machine cartridge. I was so excited when I found it! 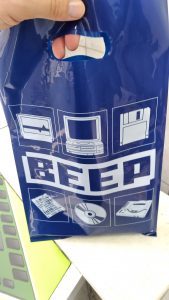 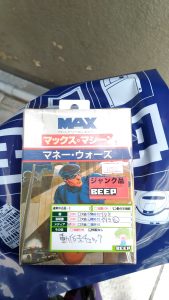 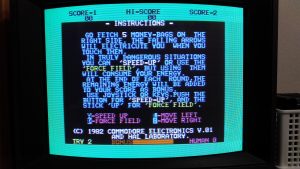 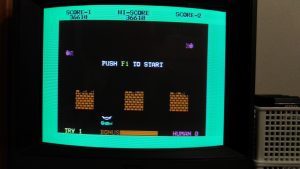 The guy who had listed Kickman for the MAX Machine at 14,800 yen suddenly dropped the price all the way down to one yen! With a more standard auction situation like that, I was able to buy the cartridge at not too bad a price at all. 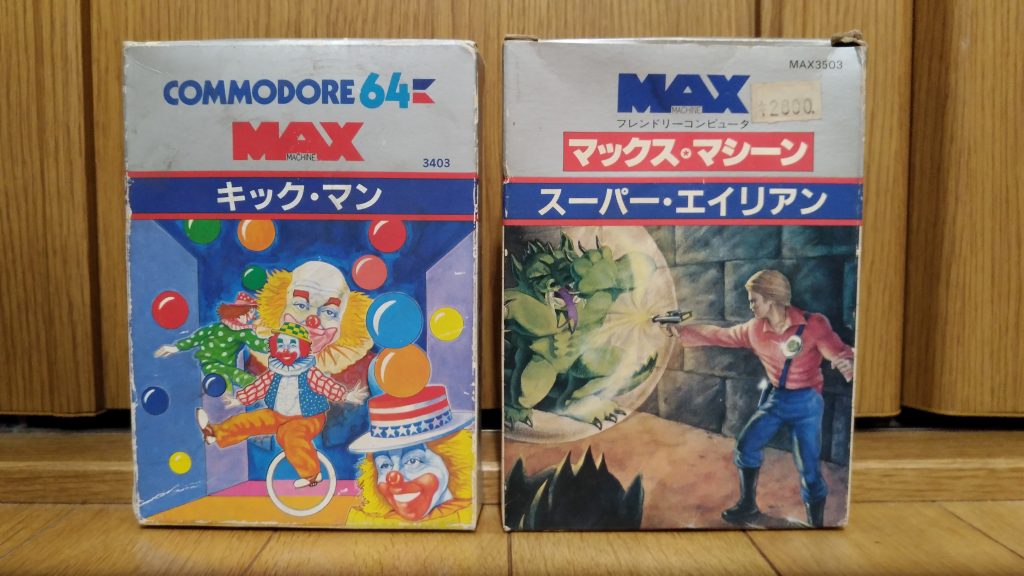 And in September I picked this item up after bidding on a MAX Machine for a friend, which included this in the lot. It was my first time to see this sort of plain-wrap packaging. 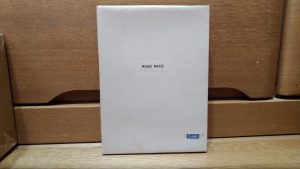 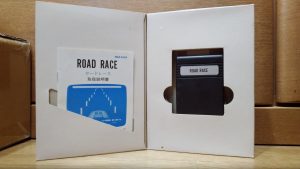 I am much more of a hardware collector than software. But I do have a fondness for certain software brands, machines, or particular titles. So I’ve assembled a mish-mash of stuff.

For example, the Commodore branded cartridge manuals. This was initially the only thing I was going to collect. This collection has grown recently. I’m only interested in the ones with the fun artwork, so Gorf, Dragonsden, etc. aren’t really of interest to me. I know I still need Avenger,which I think my friend is holding on to for me, and maybe a couple more. 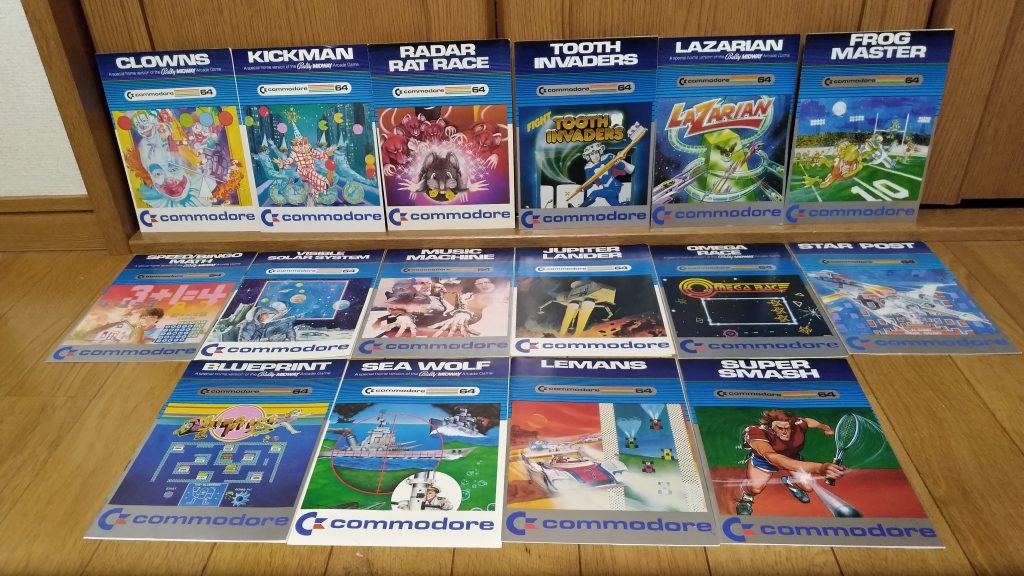 I also have some of the boxes, which I never actually intended to collect, but lucked into a couple of batches of them in good shape, so I guess I’ve started collecting them, anyway! When it comes to the boxes, as opposed to the manuals, I definitely want Dragonsden and Gorf and… well, you know, all of them. My friend has about ten of these for me, too, but some are duplicates. I also added my MAX Machine boxes because it brought more balance to the arrangement. 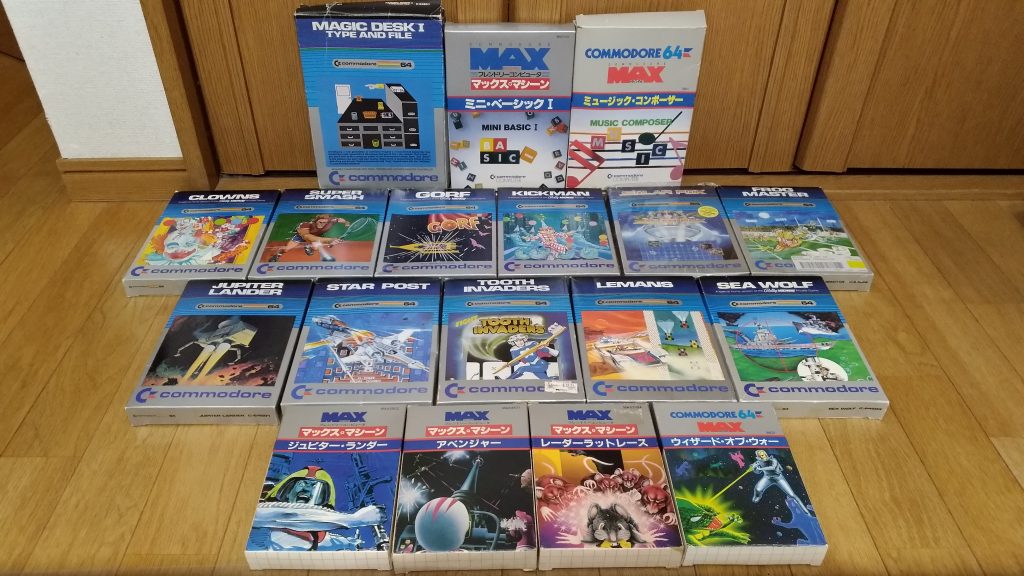 Next are my arcade classics (and Bop ‘n Wrestle, because it didn’t really fit anywhere else). Not likely to expand on these too much because boxes for Atari’s C64 releases were kinda boring, and that’s where many of the classics are. 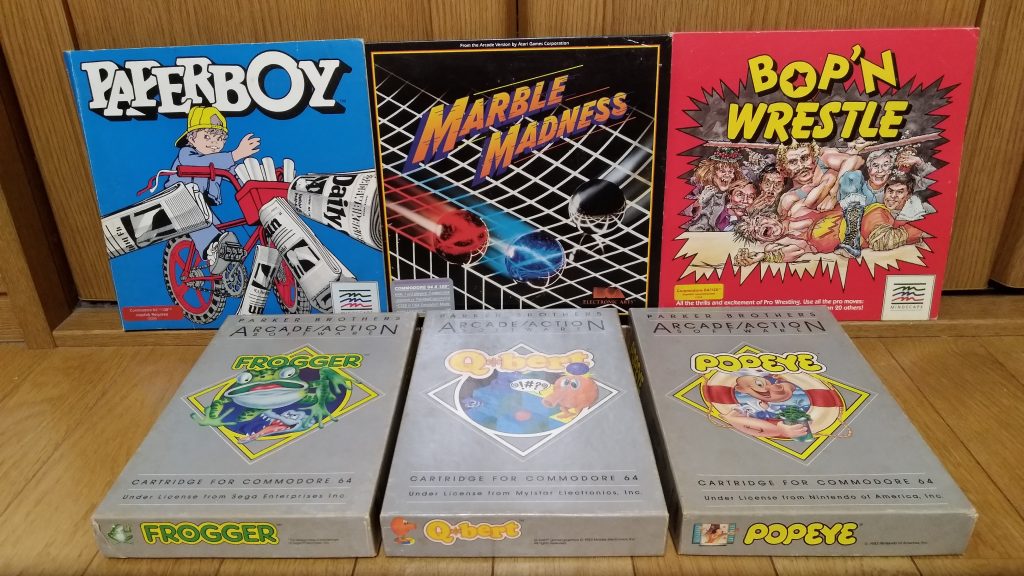 My ratty Plus/4 carts. Nice artwork, though! 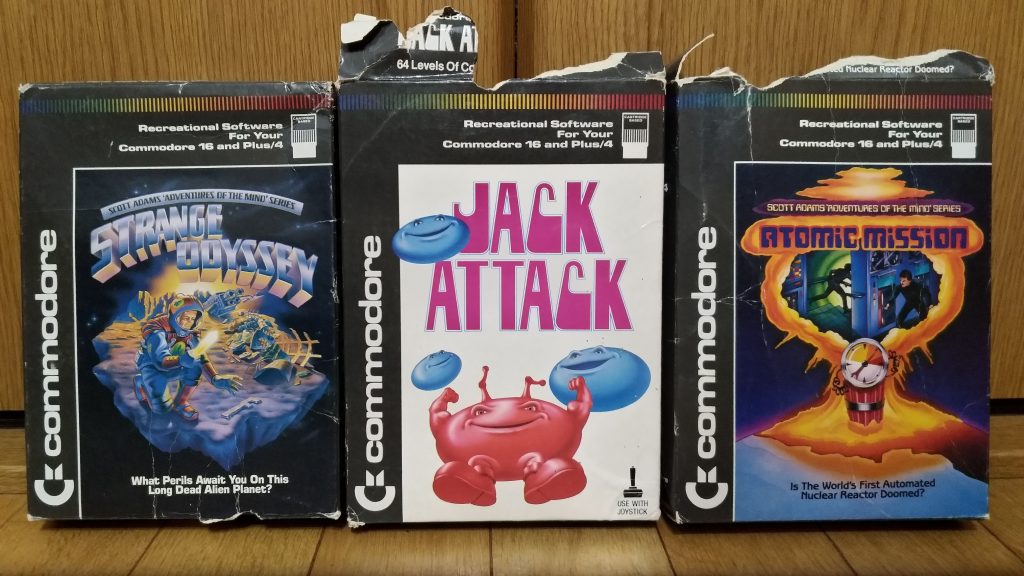 And finally, my RPG/fantasy stuff. Taking this picture, I feel like a sucker for settling for the small Shogun clamshell. I expect to add Knight Games to this collection, and if I can ever track down a nice Alternate Reality: The City or The Dungeon box, those too. 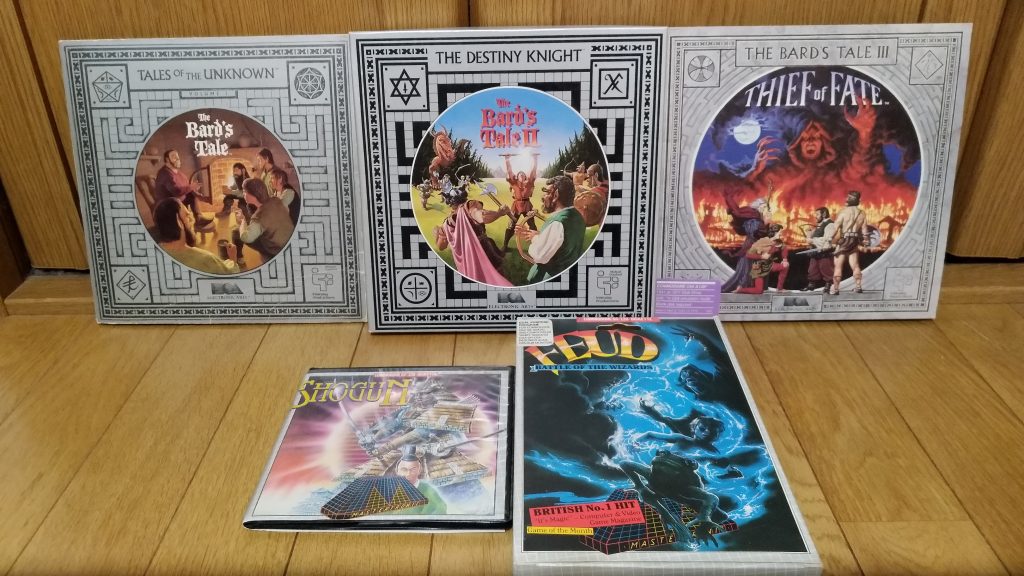 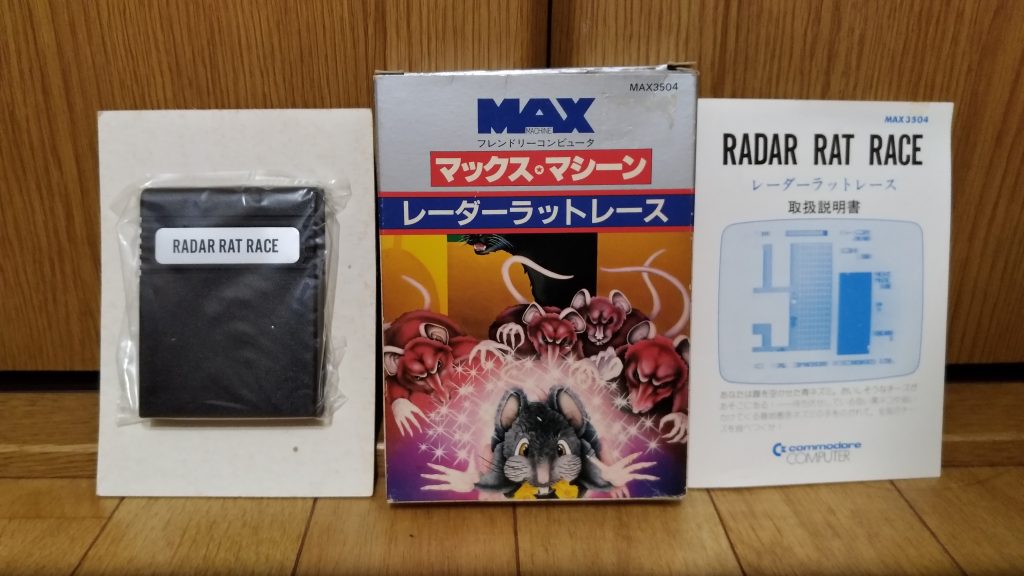 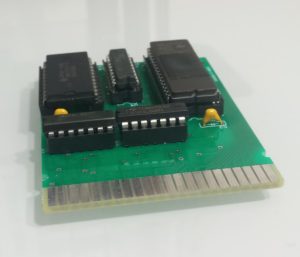 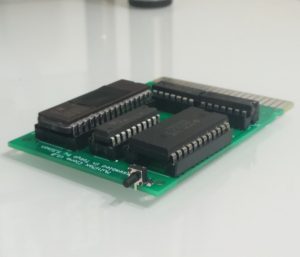 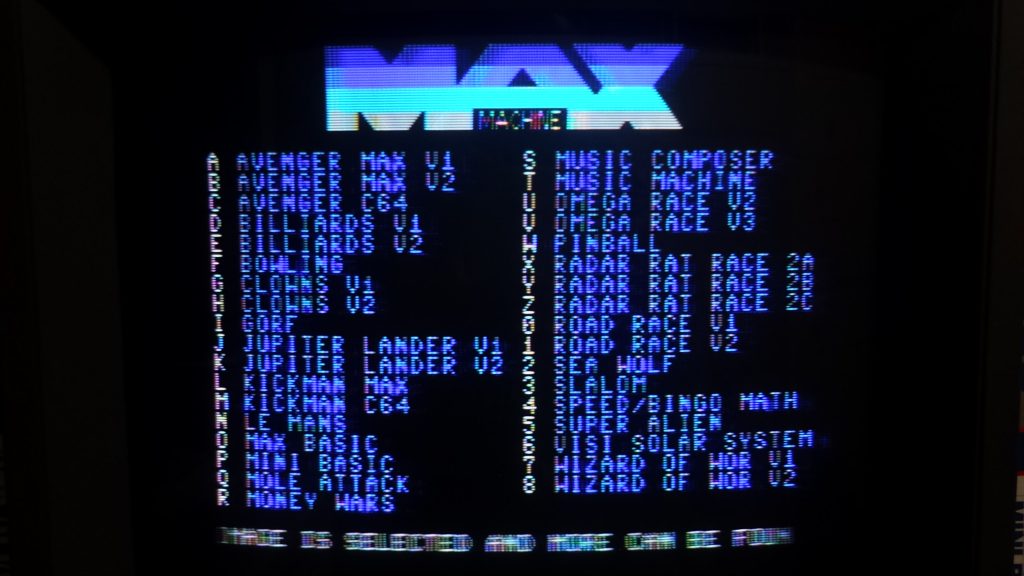 Did I say that I wasn’t going to buy the MAX Machine games? Just be happy with the MultiMAX and skip the hunt. But, well the box art is so unique, and I guess I love the hunt. So this makes my fifth MAX Machine boxed game. I had been monitoring this auction on Yahoo Auctions for about a year – a new old stock Wizard of Wor for 9800 yen (about $98USD). Too much, too much, I thought.

And it really is. But one day someone shared a link about the far more common Commodore 64 version being listed on eBay, used and without box or manual, for $100. So suddenly the MAX Machine auction in question seemed like a much better deal. And even if I find another comparable version that starts at a lower price someday, it could take years and only end up slightly cheaper than this one. So I took the plunge.

The real kicker*? The same seller has listed a new old stock Kickman for MAX Machine for 14,800 yen!
(*see what I did there?) 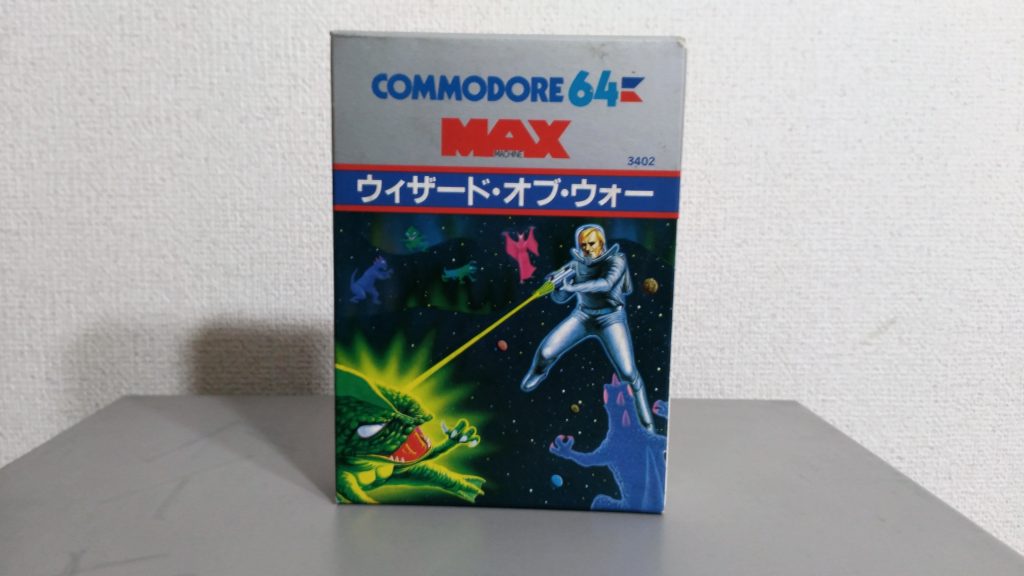 My MAX Machine boxed cartridge collections is slowly growing. I added Avenger to the collection, and replaced my Jupiter Lander with this one with a nicer box. 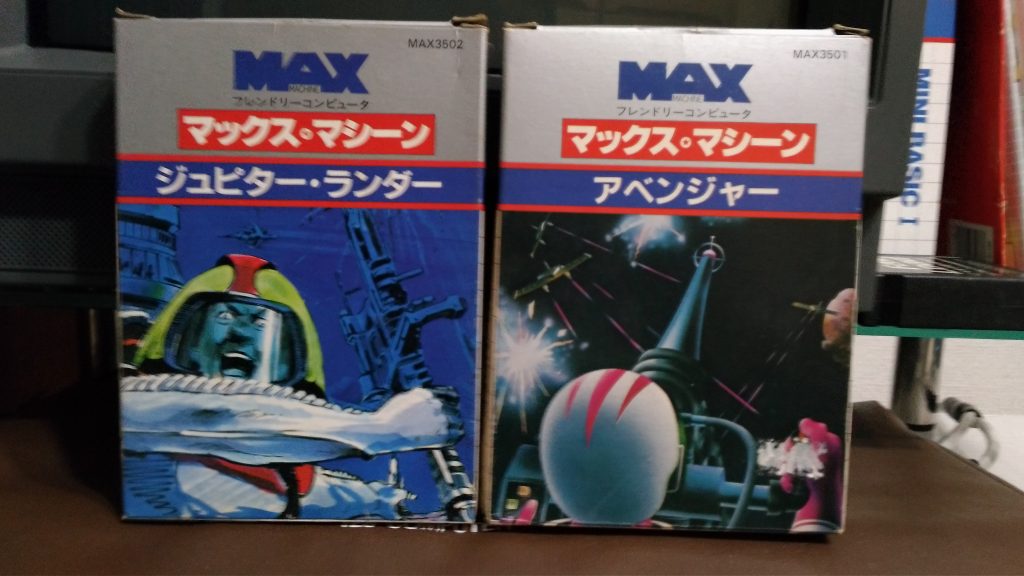