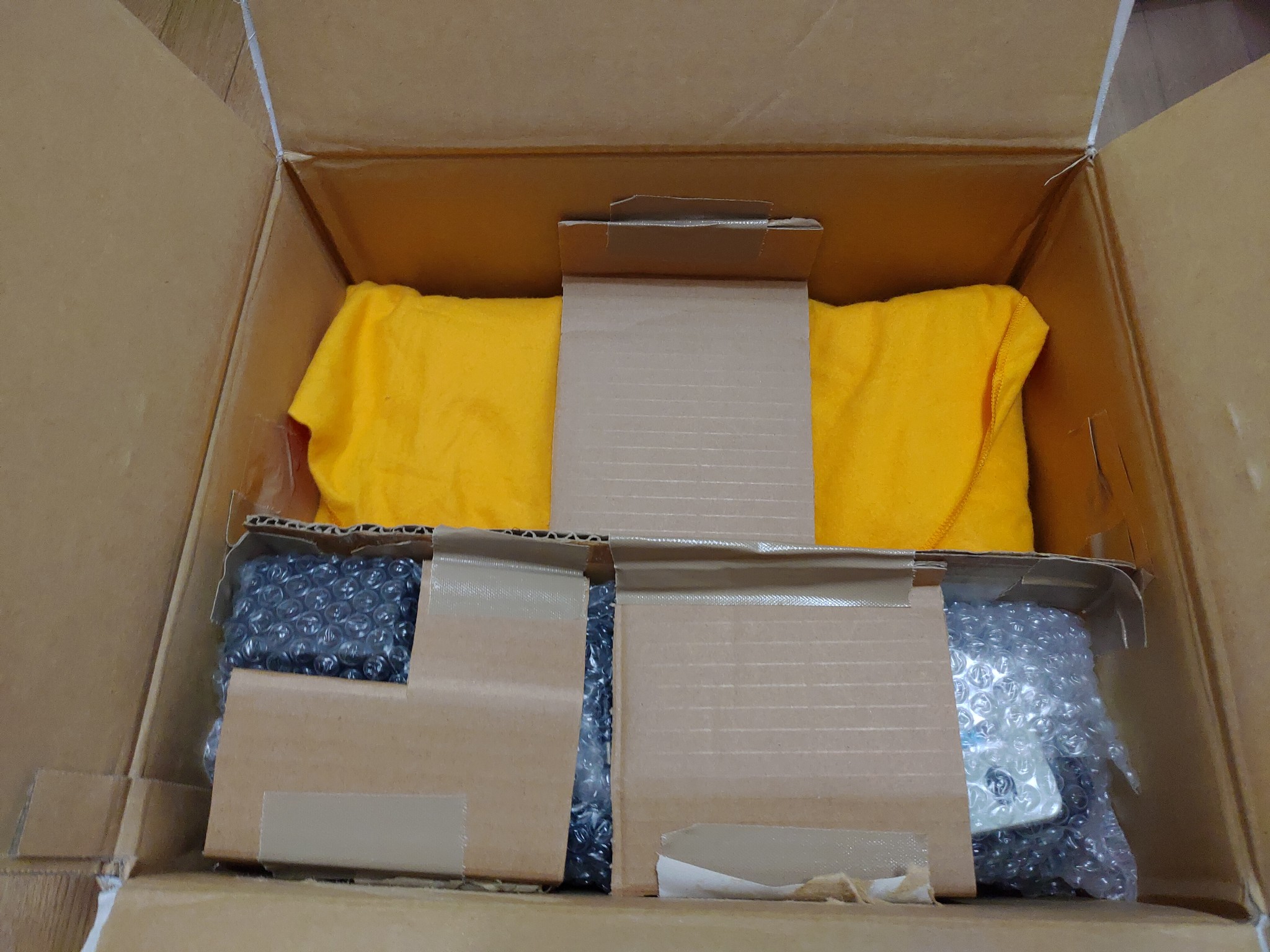 There’s this guy that repeatedly posts wonderful items to Mercari at really low prices. For example, 4000 yen for a Commodore MAX Machine. Tape games for fairly uncommon systems at 500 yen each. The items are almost always snapped up in less than a minute. I always try to get in on this action, but it’s long gone before I have a chance.

And then, last Friday, I managed to snag something! I wasn’t even 100% sure what it was, and it didn’t turn out to be an amazing deal or anything. It’s all okay, I just wanted to win something from the guy! Still, this is an incredibly mint system. It’s a Sega SG-1000 II. More of a game console than a computer, but expanded to have computing capabilities, similar in concept to a Coleco Adam. It came incredibly well packaged, everything must have been carefully stored and very well taken care of. I believe the word “pristine” applies here.

It came with both controllers, two versions of BASIC, and a handful of games, too. Most of the games are not widely known, but there is one huge title – Zaxxon. Makes sense as that is a Sega game, too. Of the games I’ve tried so far, there seems to be a fairly good standard of quality. I’ll review a couple in greater detail in future posts.

I was told that the keyboard does not work, and indeed it did not when I first connected it. Clean the keyboard edge connector? But as immaculate as this machine is from the outside, how could it possibly be so dirty inside that it can’t receive input from the keyboard? But cleaning the connector was too easy, so I did it anyway. And then the keyboard started working! The keyboard connects by a little removable plate in the front left of the system. It’s probably the least elegant thing about this system.

The standard video output is limited to RF. Wow. I haven’t used RF in maybe 30 years? My option for connecting RF is limited to my two PC-TV series monitors. I didn’t find the process all that straightforward. In the US, I set my Atari 2600 to channel 3, my TV to channel 3, and magic happened. With this TV monitor, though, I had to go through quite a process to tune it to understand the signal. To be honest, I’m still not sure I’m doing it right, but I got it very usable for the time being.

I poked around a bit with BASIC. 40-column text over RF can be highly unreadable, so it is critical to choose the right color scheme. Usually, a bold color on black background seems to work decently. The first picture here, black on blue, is also pretty readable, but I don’t think my receiver was tuned properly at this point because it seems the default background color should be green.

As I mentioned, there are two versions of BASIC. One is BASIC Level II-B, which is what I used in the first three pictures. If I understand correctly, it just uses the system RAM, allowing only 2KB for your program! The other cartridge, used in the last picture, is BASIC SK-III, which comes with 32KB of RAM and supplies extra commands to the system.

So how are the games? Well, the three that I’ve tried are pretty fun. I’ll speak more about them later, but here are some sample screen shots from Monaco GP (picture 1), Zippy Race (pictures 2 and 3), and Zaxxon (pictures 4 and 5). For a fairly rudimentary system, the games seem quite well done. Monaco GP is a street car racing game. Zippy Race is a motorcycle race that, most interestingly to me, has you race in two different perspectives. And of course Zaxxon is a true classic. Fantastic!