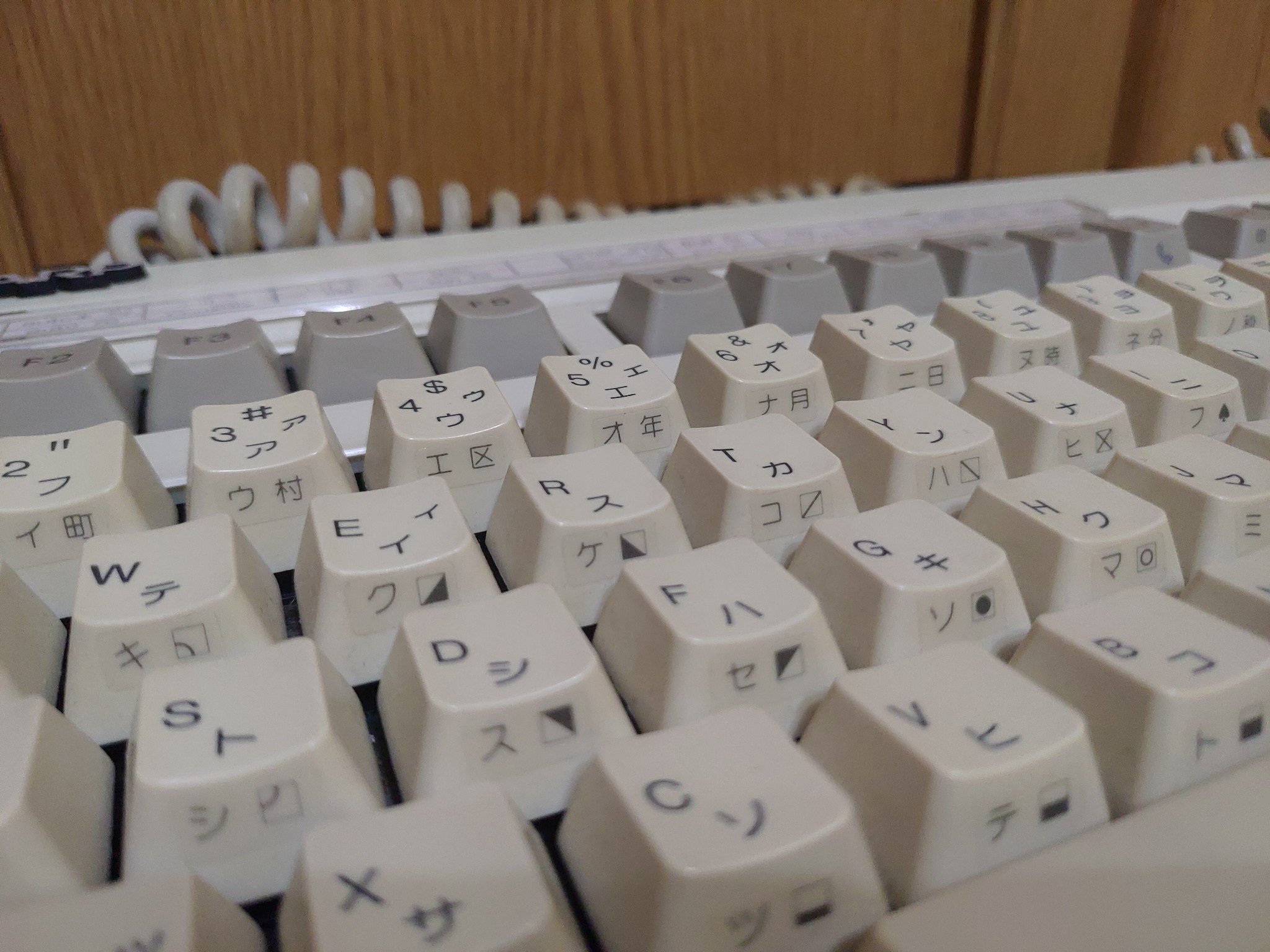 Dubbed the “Super Computer”, the MZ-2500 commands a fairly high price, so I had to wait for just the right circumstances. I found a junk one at a somewhat reasonable price, and it worked just well enough to give me a flavor of what it has to offer… enough to confirm that I wanted a fully-working one. I grabbed another one that was also junk, and between the two, I was able to get a fully working one, which my friend has since recapped and helped to future-proof.

It’s a really unique machine, for sure. I’ve seen a few machines with integrated tape drives and a handful more machines with integrated floppy drives, but this has both. What’s more, with one switch on the front panel, you can switch between 15kHz (effectively low-res) and 24kHz (high-res) output mode (this is not truly hot swappable, although I suppose if software was written to pay attention to it, it could be). Another switch on the front panel gives you access to a truly unique ability this system has. It can swap between three different models; In addition to MZ-2500 native mode, it can also be used in MZ-2000 and MZ-80B mode. This gives it a really wide variety of games to explore, from the charming simple games on the MZ-80B to the library of monochrome and color games available on the MZ-2000 and the modern games that could leverage the MZ-2500’s features.

The keyboard is handsome. It has a special Sharp logo key, I guess sort of like the Windows key on modern machines. The keyboard also has an icon of a phone on the front of the “help” key, one indication of Sharp’s push of this model as a telecommunications tool. The arrow keys are not flush with the keyboard, they are raised a bit to make it easy to distinguish from the surrounding keys. I can’t say I am a big fan of this, but there are flexible latches on the back of the keyboard that allow it to flip open to gain access to the insides.

It also comes with a sleek set of manuals and both a set of disks and a single tape. I think the tape may be audio only, I am not positive. Mine’s still sealed! But I will open it sooner or later. The manuals include an owner’s manual, two BASIC manuals (S-25 and M-25) and a telephone software manual. I am not sure if it was originally included with the system or not, but there is also a fifth book in my collection, differently sized and designed than the main set of manuals, that is sort of an introduction to the system.

The disks are the BASIC disk (which seems to contain both S-25 and M-25 BASICs, although I don’t yet know how it manages that), the system demonstration disk (no joke, this demonstration is pretty creepy), and the telephone software disk. The manual and disk give us a clearer picture that this is an early example of a personal computer that puts emphasis on telecommunications.

The tape is labeled as being demonstration music. The MZ-2500 native mode doesn’t seem to use tapes for data, it tries to play the audio through the internal speaker, which doesn’t happen in MZ-2000 or MZ-80B mode, so I guess it doubles as a bonus audio tape player, or maybe there is software for editing music available and the tape drive is a handy integrated recording device?

Like all Sharp MZ models (and CZ models, for that matter) leading up to this one, the computer can’t do anything without external media, that is to say, there is no built-in OS or programming language on ROM. Assuming you want to use MZ-2500 mode, a good way to get started with this is putting in the BASIC disk.

If you press the Sharp logo key from the BASIC prompt, it displays some icons for little tools, sort of like widgets on a smartphone, though there is no multitasking. Once you launch the tool, the tool takes focus and the data isn’t shared with the command prompt.

The machine isn’t incredibly high spec compared to its peers. It has a typical Z-80 CPU running at 4 MHz (or up to 6 MHz in MZ-80B mode), 128KB of system RAM, and 64KB of VRAM. But it came with some expansion boards that allowed you to double either the system RAM, VRAM, or both. And it further has an optional “palette board”, which allows for a palette of 16 simultaneous colors out of a possible 4096. One of the most impressive features is the audio. It is supplied with a Yamaha YM2203, which provides three FM channels and 3 SSG channels.

One of the most famous titles on the MZ-2500 is Xevious. It wasn’t a modern game at this point, but the MZ-2500 had a very good port that showed off some of the features of the MZ-2500 well. If you are connected via analog RGB and have the palette board installed, you can choose 4096 color mode from the startup screen. The difference isn’t necessarily a vibrantly colored game, you have to check for the difference in the details, it is subtly shaded in various places throughout the game. And the music on the MZ-2500 port of Xevious is very well done, quite a rockin’ little intro tune! I have a palette board, but unfortunately I don’t currently have a cable to connect via analog RGB, so this is just the standard 8-color version.