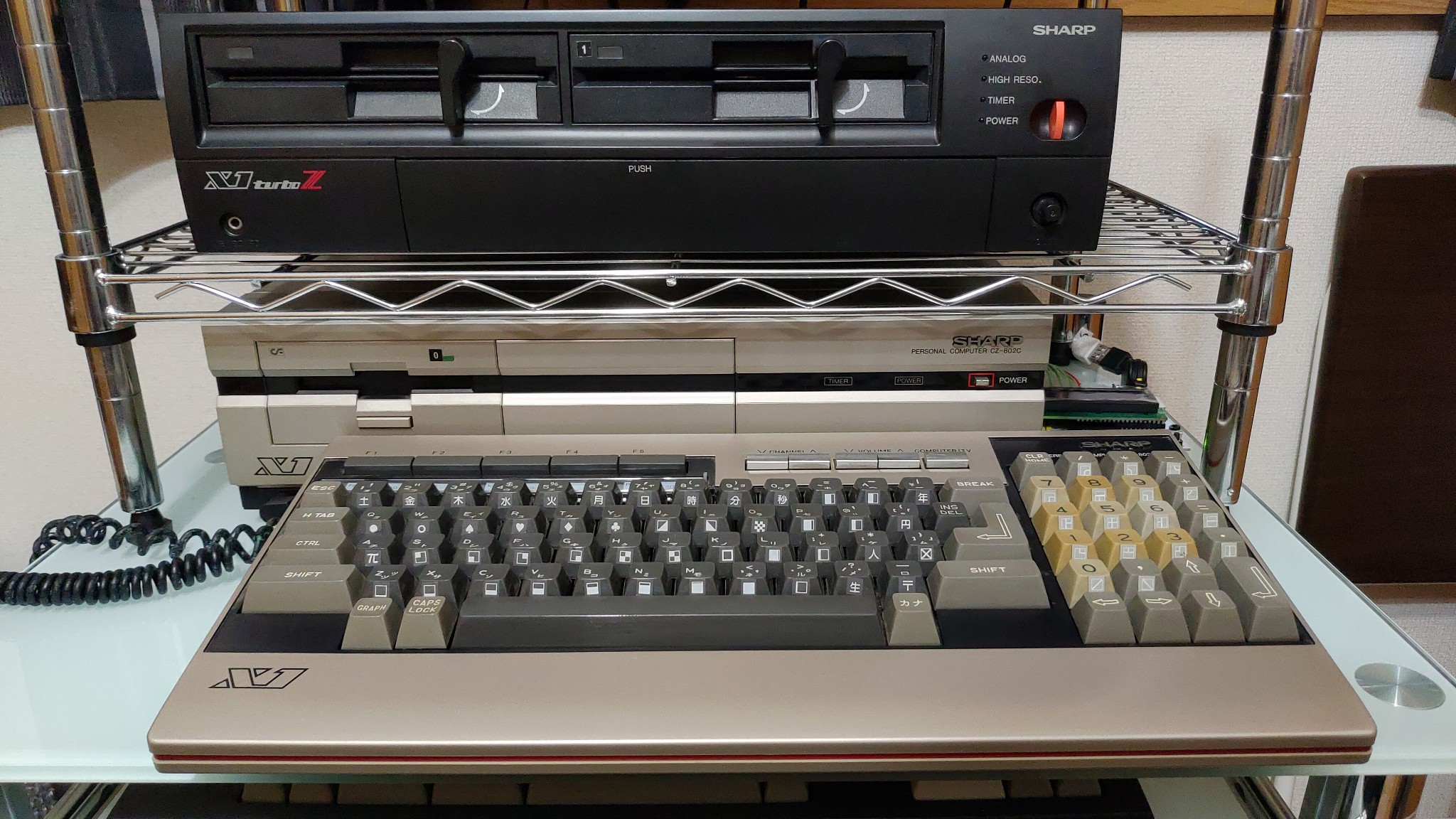 Since I began vintage computing, I’ve had two rules:
1. Don’t get two machines with the same function.
2. Don’t get more than you can comfortably store.

Well in one single move, I broke both rules.

This is the most recent addition, the Sharp X1-D. The D is, I assume, for disk, as opposed to tape, and it has a built-in floppy drive. The machine is an older, less-capable version of my Sharp X1 Turbo Z (the black machine shown sitting above the X1-D in the picture above). It has nothing to offer that the Z cannot do, and the Z can do so much more, and has the ability to do it better. This machine I got for looks alone.

The main unit and keyboard have a shiny metal appearance and a nice color scheme to it. The main unit is in excellent condition. The keyboard has some yellowing on the number pad and the cable is frayed and unreliable and needs to be replaced, although it can be made to work as-is.

This is another as-is, untested machine. First thing I did was just plug in the unit and turn on the power. The power indicator and floppy drive both lit up, and the floppy drive light quickly went off when it discovered no media. So far, so good.

Next I hooked up the keyboard and digital RGB to verify that it was actually functioning. I got the welcoming IPL screen and was able to access the timer programmer without issue. After saving the timer, the timer indicator on the main unit lit up.

Not only does this system offer no advantage over the X1 Turbo Z, but it also has a 3″ floppy drive (not 3.5″) and the media for that is not easy to find at all. Original games pop up once in a while on Yahoo Auctions, but they’re not cheap. Fortunately, for the time being, I can use my HxC floppy emulator. I tasked it with loading BASIC and a game and everything appears happy.

The only question now is where to put it. Until this machine arrived, I was able to store everything on the desks intended for vintage computing and inside a single cabinet with some adjustable shelves. But now I’ve overstepped that limit. For now I’ve stuck it up on top of the cabinet, but this is a non-ideal solution. And in the next two or three days, I am expecting one more large system! I’ve got to get this figured out.