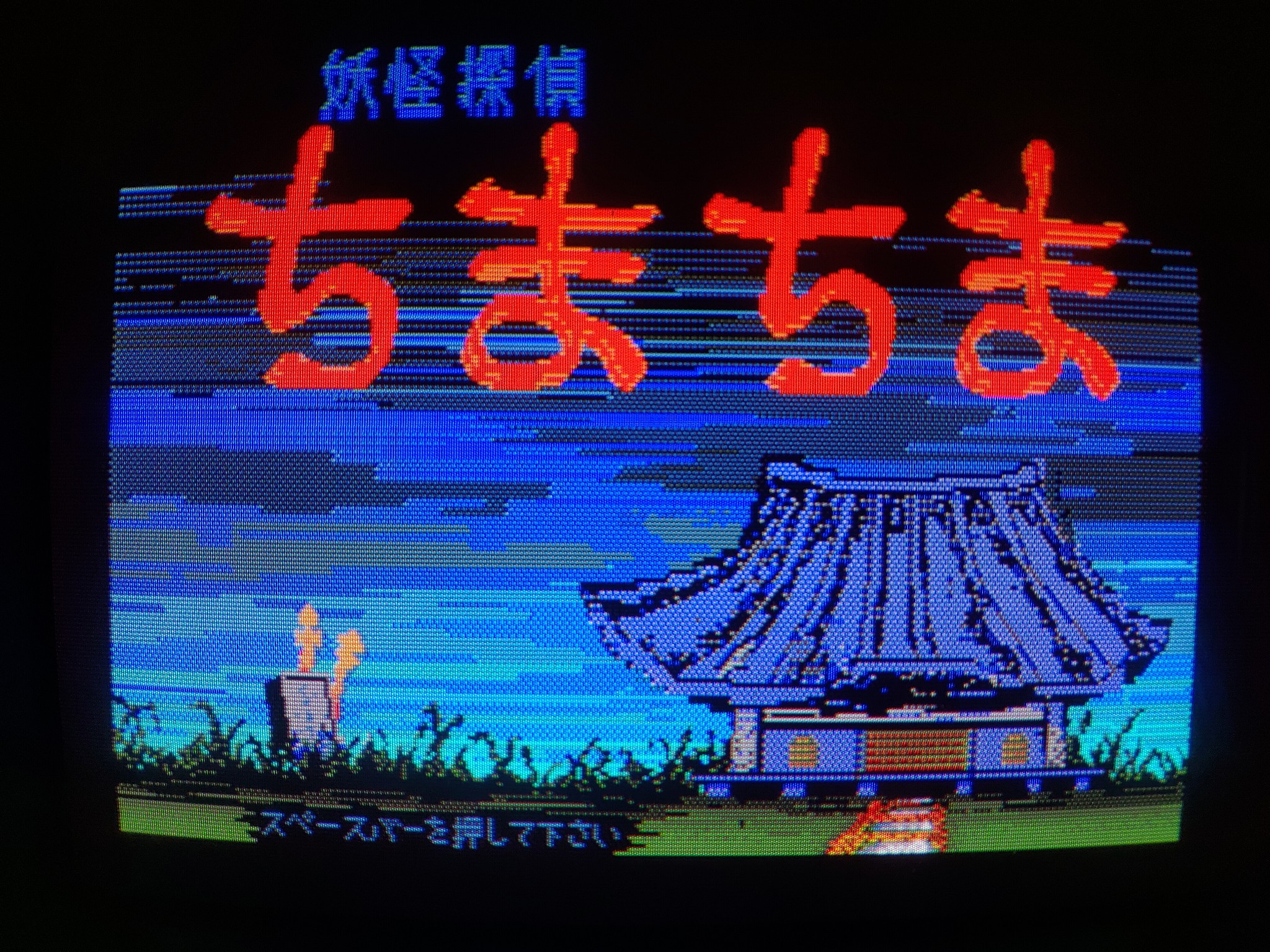 This is a game I had played before on several different platforms, first the X1, then the FM-7, the PC-6001mkII, and now finally the SMC-777. This is by far the best version I’ve played, as it’s extra colorful but also plays the smoothest. Why? I would guess it’s because it’s pushing half the resolution of the X1 and FM-7, but the same is true of the PC-6001mkII version as well. Superior programming, perhaps?

This one came complete with box and manual.

As is the case with the other ports, there are two flavors of the game included. Here is the Japanese version with a more Japanese style environment.

And the western version, which includes more North American/European touches.

The gameplay doesn’t change, it’s just sort of a skin. This highlights well one way that floppy disk games can create a better experience, aside from simple loading times. On the tape version, you have to decide which one you will play first, and potentially fast-forward or rewind to prepare for loading. This game, though, lets you choose from a menu and then just loads the correct graphics from disk.