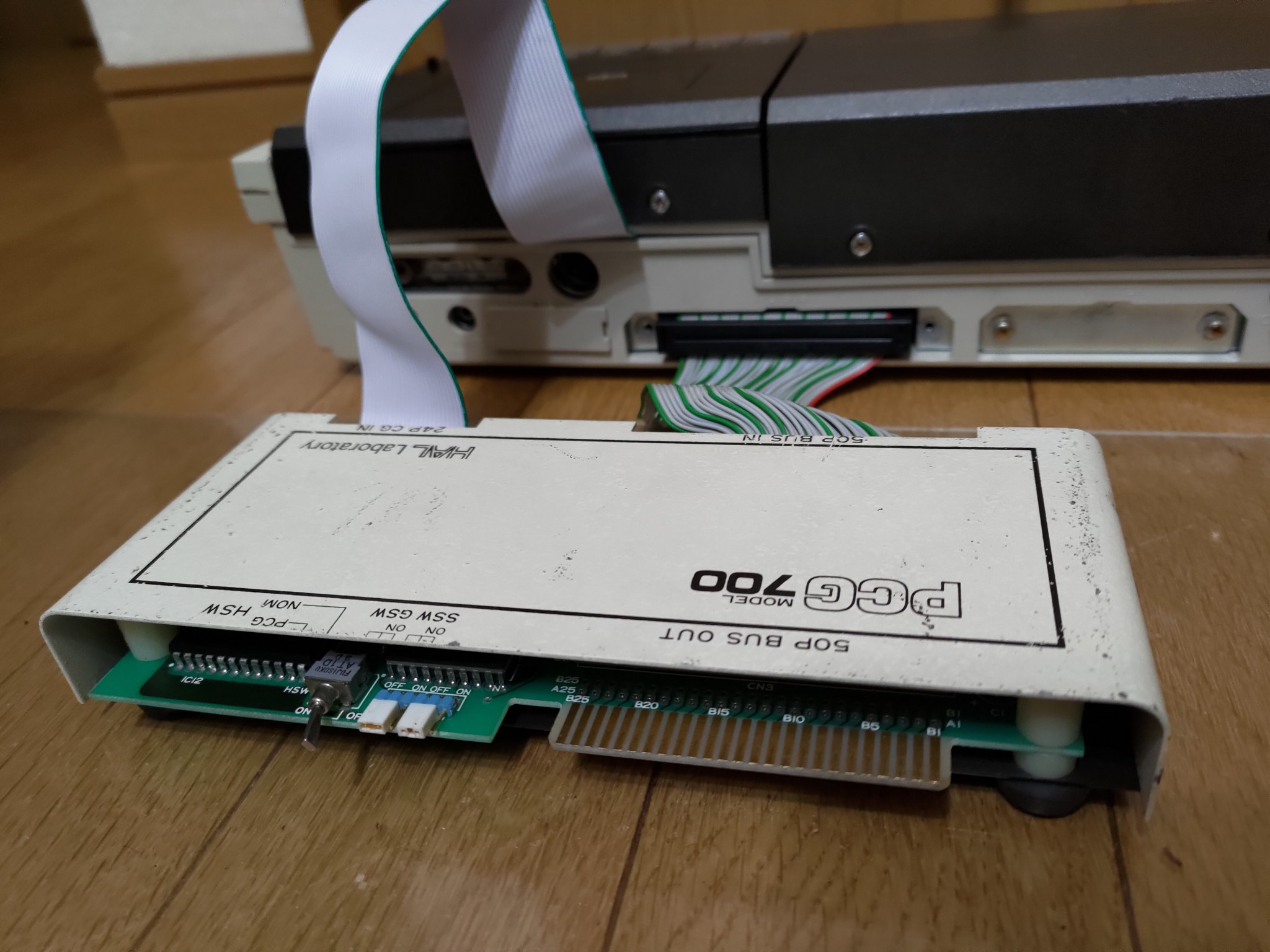 You may recall that I was explaining that I would likely never get a PCG for the MZ-700. They tend to fetch considerable premiums whenever they surface on Yahoo Auctions. But one came up recently and I noticed that this was a non-auto-extending style auction.

Normally, Yahoo Auctions extends an auction by five minutes if there is a bid in the last five minutes of the auction. It’s recursive and there’s no limit I’m aware of, so there are times where this causes auctions to take comically long to finish, but as a seller, I like the feature, and even occasionally leverage it as a bidder if I want to see how another auction is going to end before committing to buying a particular item.

Anyway, that’s the norm, but this seller had set the feature to “off”, and if other people don’t notice that, it can definitely work out to the alert buyer’s advantage (but sometimes not, despite one’s efforts). In this case, the end result was that I got this auction, an MZ-700 with PCG, for a far more reasonable price than I’d ever seen one sell for before. Score! Look at this thing; it ain’t gonna win no beauty contests, that’s for sure.

A friend requested seeing the internals, and sometimes that is just waaay too much work, but this was not one of those cases, as the only thing between me and the insides was four screws. So if you think you’re going to create your own MZ-700 PCG and try to get in on the hot market, here’s a cheat sheet to get you started.

The way it seems to work is that you take the original character generator ROM out of the MZ-700 and drop it into the PCG. Then you run the long, thin cable, which has a same-size adapter, into the socket that the CG ROM had occupied. At this point, if you have the PCG set to “off”, it should work just like a stock MZ-700. The fun comes in if you have software that utilizes the PCG. I believe the software loads a custom character set to the PCG’s RAM via the short 50-pin cable that attaches to the system bus. When the PCG is turned on, it displays that custom character set and, while this still isn’t a true graphics mode, programmers have the ability to control output to a much finer detail than the stock character ROM provides.

I have but one game that takes advantage of this: Pac-Man. You can see the difference is night and day between the “regular type” and “PCG type” versions of the game. Compare the opening screen and in-game screen of each.

The PCG has replaced the large pixels of the ghosts and Pac-Man himself, as well as the contours of the maze and, perhaps most graciously, the atrocity that was the “Fr”uit. The PCG can replace all 256 characters, but we can see that a relative few select replacements can make a world of difference. I believe Pac-Man, the ghosts, and the fruit use four characters each. The ghosts have four variations (eyes up, down, left, right) and Pac-Man has five (up, down, left, right, mouth closed). If the Pac-Man fruit order is standard, there should be 8 of them. And the maze contours should be handled with six characters total (rounded top-left, rounded top-right, rounded bottom-left, rounded bottom-right, straight vertical, and straight horizontal). Oh! It almost escaped me, but the Pac-Man logo at the bottom right (a nice touch, really). That seems to be done using a one-to-one replacement, with perhaps the C and M sharing responsibility for the hyphen. That brings us to a total of 73 custom characters (barring any fancy re-purposing of the fruit tiles).

Shortly after I got Pac-Man for the MZ-700, I put a video of it on YouTube. I have now added the MZ-700 PCG type version of Pac-Man to YouTube as well.