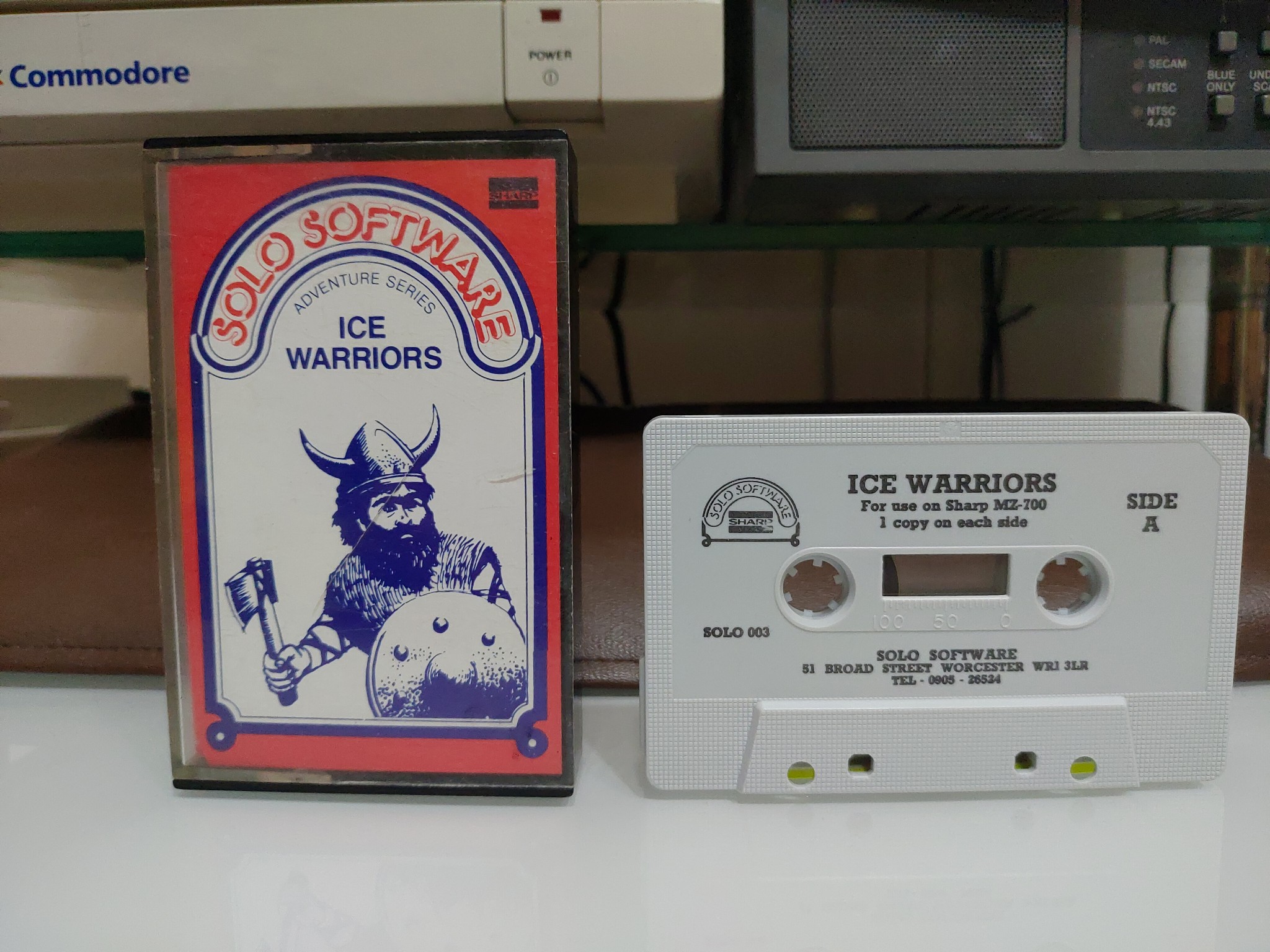 A tale of two MZ-700s. The game Ice Warriors was developed for the MZ-700 in Europe, but I have an MZ-700 for the Japanese market. The systems are compatible, having the same hardware configuration. The only differences are on the keyboard and in the character ROM. But sometimes that’s critical!

I picked this up on the cheap from eBay, even shipping to Japan was not very expensive. However, when I tried to load it from the monitor, it didn’t find any data. Is the format of the tape somehow inherently incompatible? Is the tape bad? I tried both sides, but nothing.

Then one day, I stumbled upon some information: programs written in BASIC are saved with a different identifier and not picked up by the monitor’s loader. Now that I think about it, it makes sense, since the MZ-700 has no built-in BASIC. So I tried loading BASIC, switched the tape, then loaded Ice Warriors. And it found the program! And then READ ERROR!

But I’m not going to be deterred at this point. I tried a few more times with no success, so I tried the back side. It also produced a load error, but the second time it worked! I can play Ice Warriors!

Well, the title screen looks pretty good, if you assume the text is actual Japanese. The problem is, it’s not. The difference between the character ROMs is affecting the ability to play the game. What that is actually trying to say is:

Or at least, I would bet money that is what it’s supposed to say. It’s what I expect it is saying based on the length of each word, repeated characters, commonly used verbiage with old games, and process of elimination.

But I still refused to give up after I got this far. I slowly worked through the cryptogram to create a character and get into the game, even going so far as to have one battle, which was also messed up due to the character ROM differences, but that’s okay. I felt very satisfied getting this far! And those beautiful graphics were worth my several hours of effort over the past year or so.