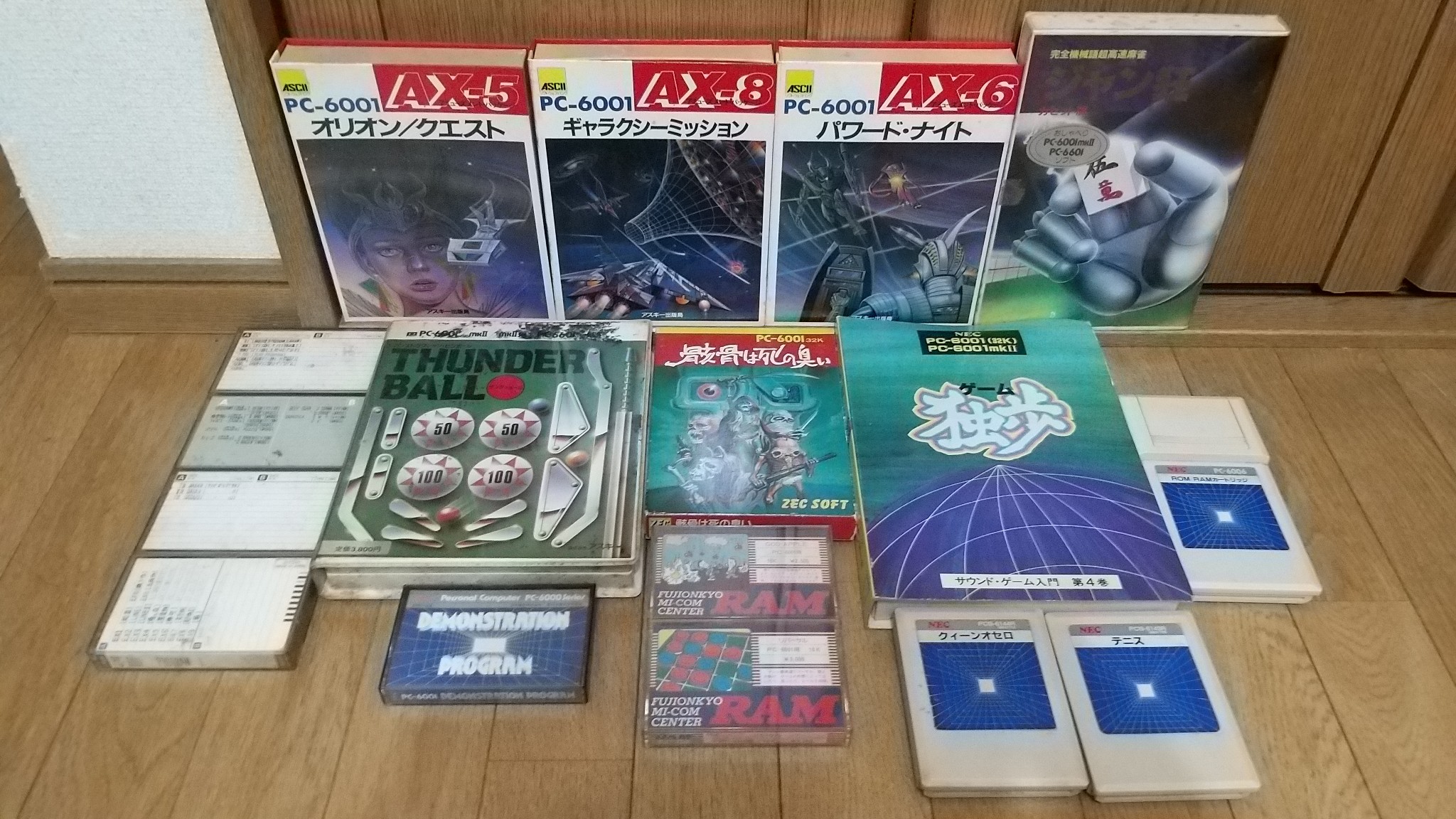 The PC-6001 by NEC was one model I decided I never needed. I had bought the NEC PC-6601SR before, which was supposed to be a far more sophisticated version of the PC-6001, and wasn’t very thrilled with it. So I wasn’t paying an ounce of attention to the 6001. But one showed up in my search for FM-77 auctions, because there was a bulk lot auction of a PC-6001 system and software with three bonus FM-77 games.

It came to me fairly filthy, but in my experience, the greater the grime, the better protected the machine is from more complex forms of unsightliness. Indeed, it cleaned up fantastically.

I found it to be quite an attractive system, actually.

As is often the case, it was untested, but fortunately it works perfectly. I still haven’t secured a working tape drive, though, so I can only test the two cartridges – Tennis and Othello. But sooner or later I’ll be able to test out this treasure trove of software and play around on the machine more thoroughly.