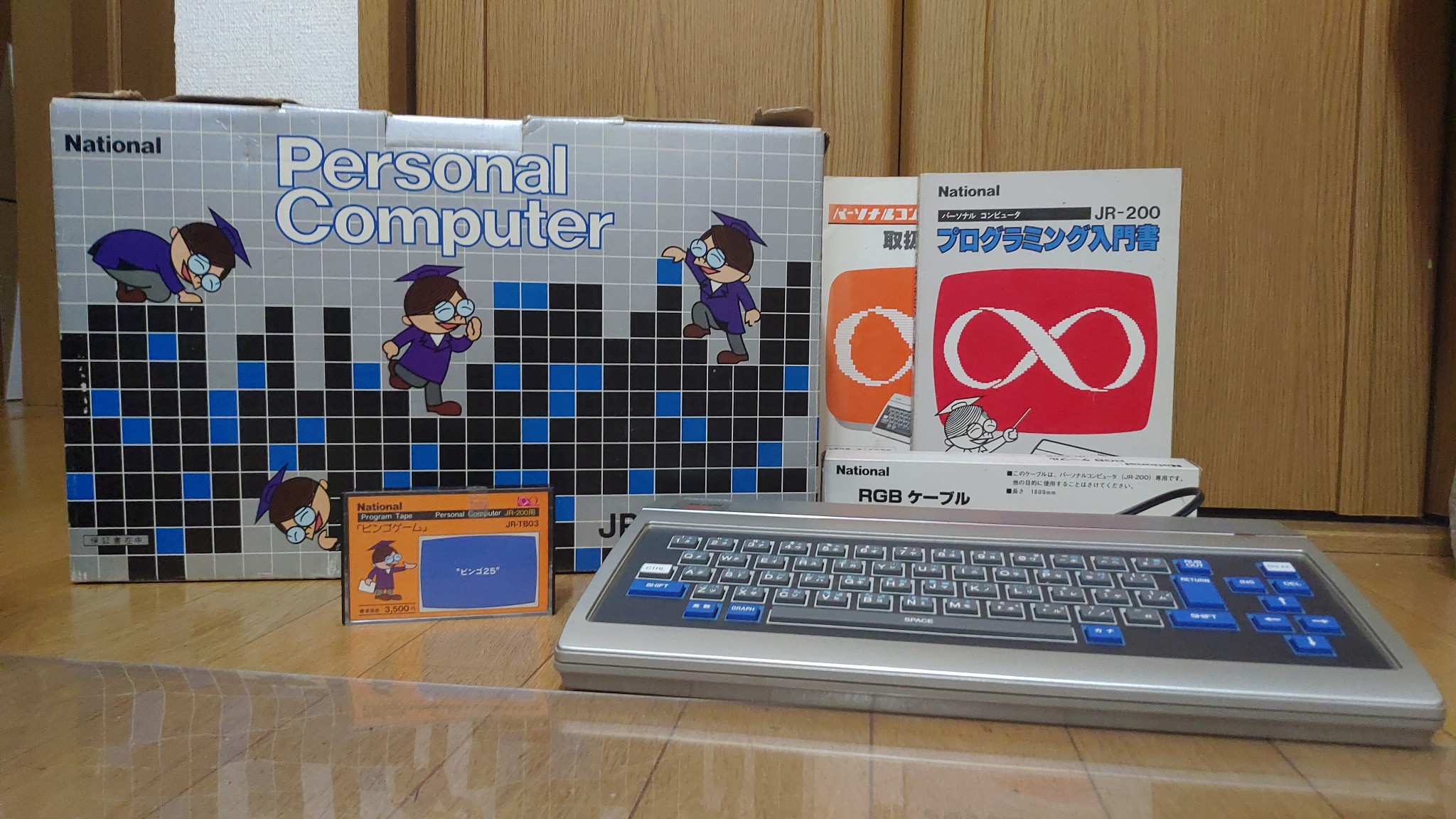 This machine surfaced on Mercari a few weeks ago and I was considering its purchase, but hesitated. It wasn’t the cheapest JR-200 I’d ever seen by a long shot, but it was in pretty good condition, came with the box and manuals, and even one game, even if it is just Bingo. Eventually the seller lowered by about 20% and I thought I might as well go ahead and grab it.

Fortunately, it worked. It powered on and displayed its BASIC screen over digital RGB. Every keypress responds, and a simple BASIC program produced the expected simple results. That’s a good start!

It is equipped with a 6802-compatible CPU and 32KB of memory, but manages to leave a substantial amount available to BASIC. It has two standard joystick ports and a dedicated audio-out port so one might expect it to be a pretty good gaming machine, but I don’t think that panned out to be the case.

The box was not in excellent shape, having tears especially noticeable around the handle, but if you close everything carefully and as tightly as possible, it looks pretty decent.

The manuals are a little rough on the covers but the insides seem to have aged well.

It came with the digital RGB cable tucked neatly enough in its box that I could imagine it’d never been used before, although that’s not likely the case.

The game is called Bingo25. There are a series of these games that all have the same cover artwork and color scheme. I have a feeling they’re all fairly unexciting.

And Bingo25 is no exception. It’s not 100% straightforward Bingo, but it’s not different enough to be engaging. The main difference is that you and the computer take turns matching the numbers and the first person to five bingos wins. I think it’s an overstatement to say there’s any sort of strategy, it’s probably enough to just pay attention. As long as you focus on making bingos that utilize the middle piece first, and react sensibly to what the computer does, you’ll often win or tie. If you choose to go first, you’ll win even more often. I played just enough to get my first victory. May not ever load it again!