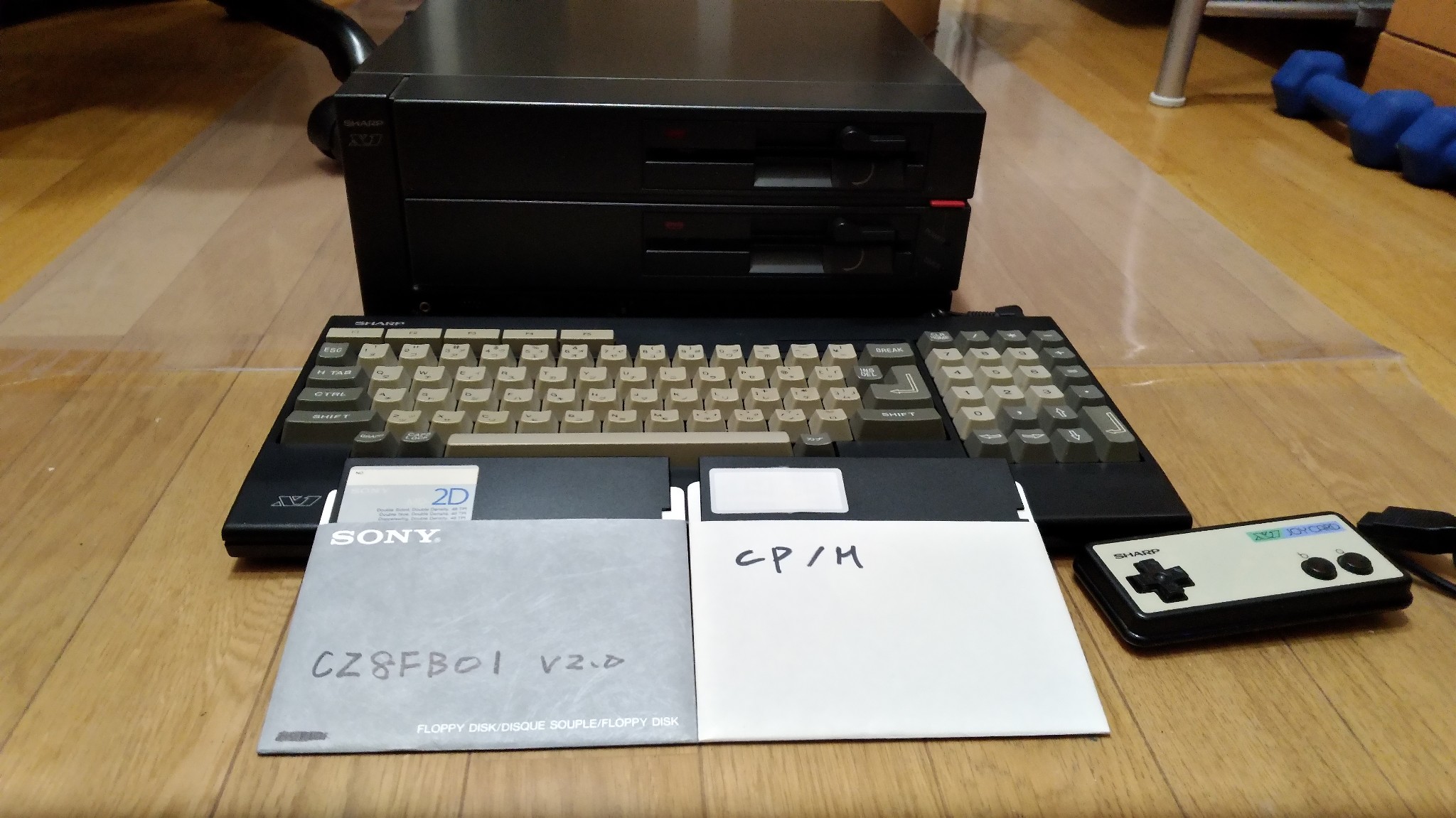 This was one of my earliest Japanese vintage PCs, before I had the idea to start blogging about them. I found a couple of photos of them and decided to make a mini-entry about it.

The X1 G comes in both tape and floppy flavors, mine was the floppy variety. If I recall correctly, I actually bought two of them. Both were complete systems but the first came with copies of BASIC and CP/M, while the second was bundled with a small collection of original games. I believe both systems worked without issue.

It’s a very handsome machine, perhaps the first implementation of the future X68000-style orange, curved power button. The machine worked nicely in either the desktop or tower orientation. It also came with the Sharp gamepad.

I eventually decided to sell them both off after I got my bearings straight in the X1 world and realized the X1 Turbo Z was the system I really wanted, but this machine was a great introduction. I probably used the keyboard for my Turbo Z for a while before I could find the official Turbo Z keyboard.

I would someday like to get the X1 Twin, which I believe is very similar to the X1 G but with the inclusion of a HuCard slot for PC Engine compatibility.