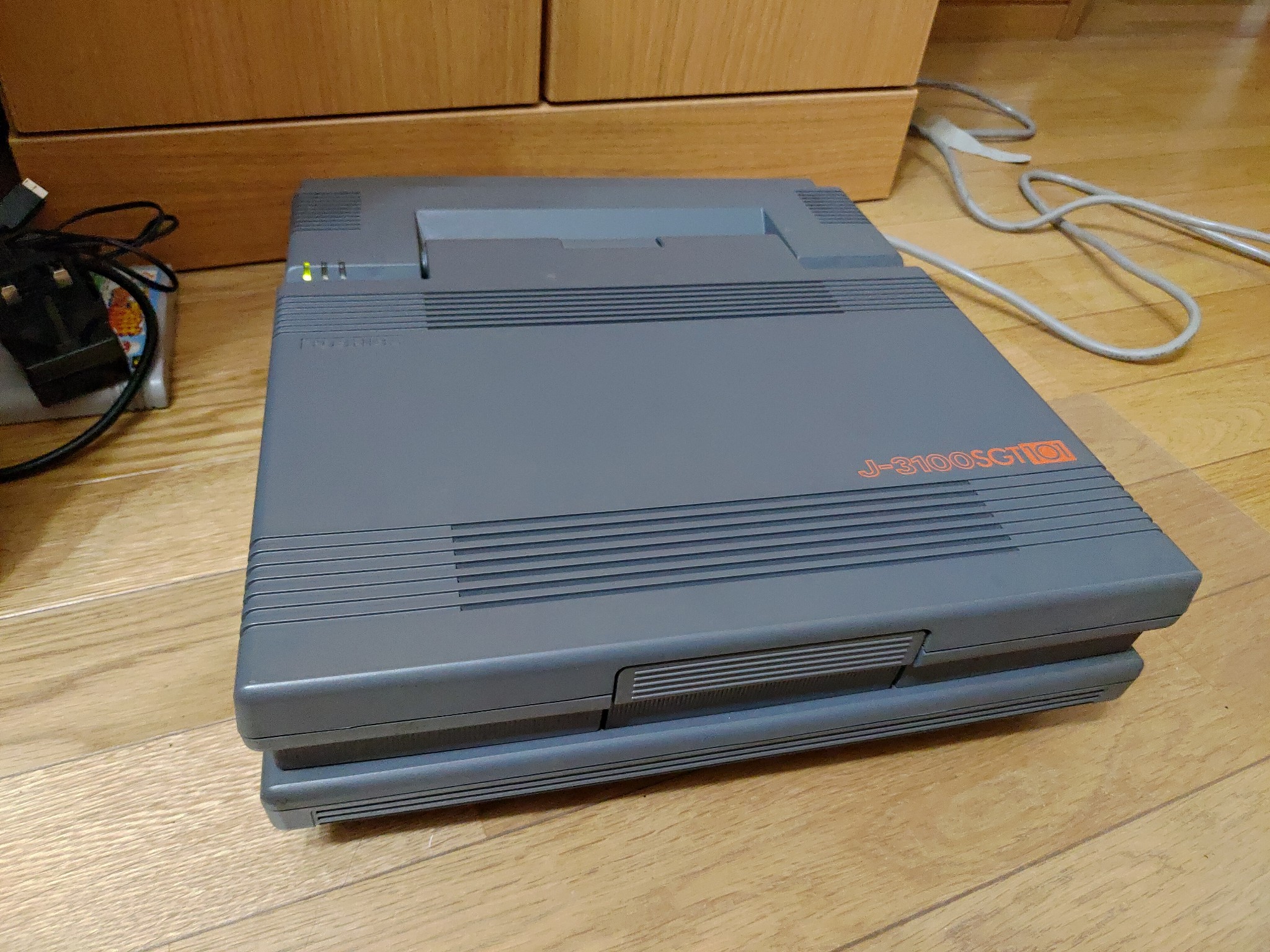 Some time ago, I saw somebody post pictures of their machine that had a built-in plasma screen. I was pretty smitten and I kept my eye out for one and came across this. It wasn’t super cheap but the screen was really nice and the price wasn’t that bad, either.

First thing I did after firing it up is to snoop around the contents of the hard drive. What a mess! Nearly everything was dumped into the root of the C drive. It runs on MS DOS 3.1, which was installed to c:\. There is a menu system, conveniently located in c:\. There was a game’s installation files copied to c:\, and c:\ was where it was installed. You might think it was CP/M, but no, it was MS DOS. MS DOS has commands for working with directories, you know!

The game it came with was Igo, pronounced “eego”, which is the game Go, the ancient Chinese game. It isn’t a favorite or anything, but after trying about 10 different executables that ended up being different facets of the menu system, it was nice to see some graphics on this thing!

By the way, it’s not so easy to capture the real color of this screen. I think these Igo pictures are probably the most accurate. It’s a deep orange color.

Under the hood, it’s a 386@20MHz with 2MB of RAM and a 100MB hard drive. Pretty similar to the specs of my FM Towns until I upped the RAM recently, but this machine loses in the multimedia department. No CD ROM drive and no sound capabilities beyond the internal speaker. There is one expansion slot available, but I haven’t opened it up to check out what kind of expansion card it accepts and what my options are.

It came with a custom bag branded as Toshiba, in which it fits snugly. I checked all the pockets and I found the original disk of Igo, and a bonus, almost unbelievably, a copied disk containing Shanghai. This is the fourth system that I’ve had this game for, because in addition to being fun, it’s cheap. In fact, it kind of seems to be following me around!

When I got it, the bag was in pretty nasty shape. I washed it in the washer, and then I washed it again, and after that, it smelled good and it had cleaned up a bit, but there was some deep-lying grime. I tried mold killer, but it didn’t seem to help. Finally I tried a green scouring pad, the kind I use to clean my bathtub, and bathtub cleaner, the kind I use to clean my bathtub, and it finally penetrated. I ran it through the washer one more time to get it rinsed out thoroughly and now it’s definitely in keep-worthy condition.