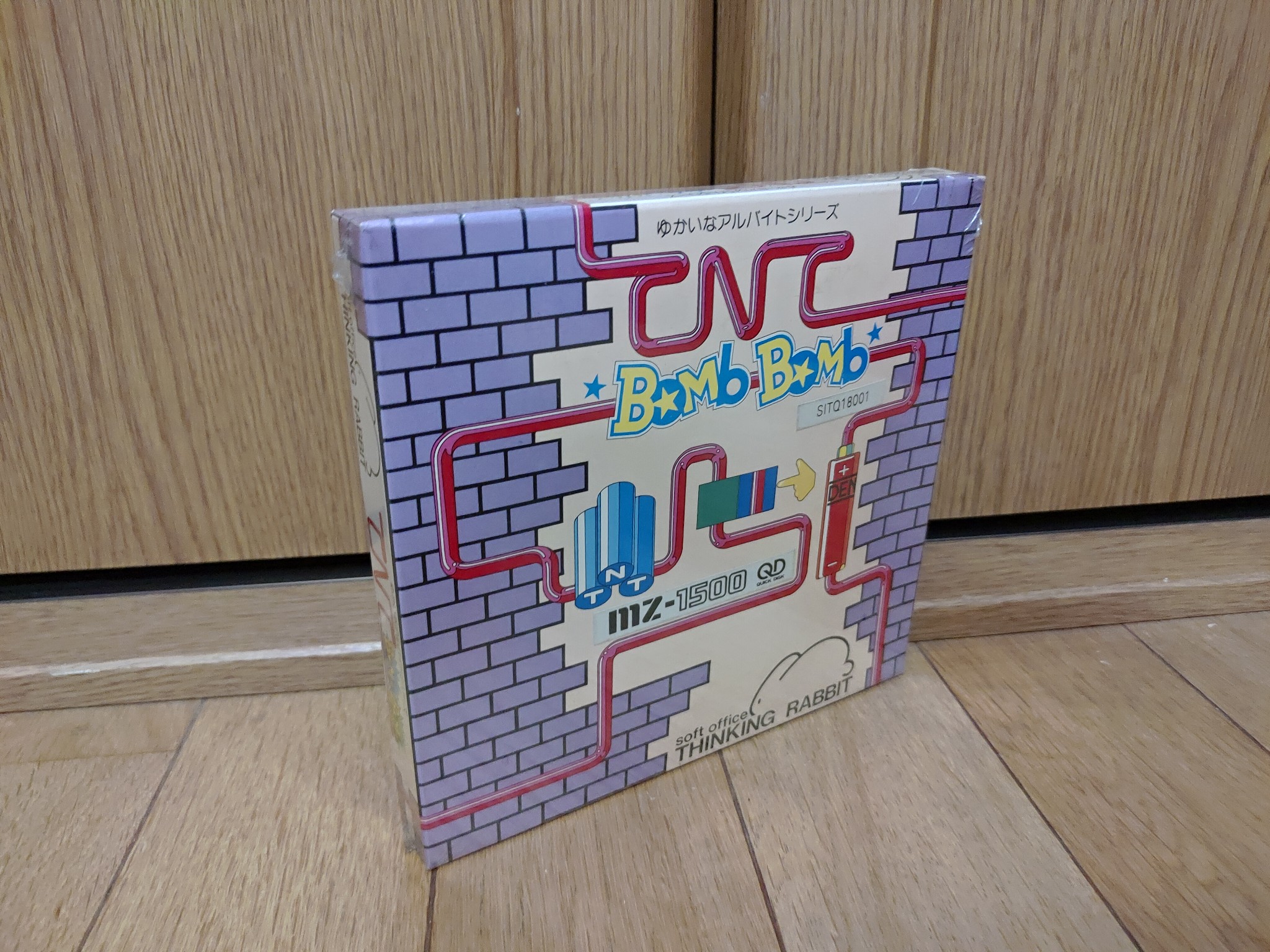 This game – TNT Bomb Bomb – showed up on Yahoo Auctions and it looked unique and it’s for the MZ-1500, which I don’t have a whole lot of games for to begin with, so I decided to try bidding on it. As it’s a rare game for a not terribly common system, and the game was unopened and in stellar condition, I wasn’t sure if I was going to be interested in coughing up the yen necessary to be the winner, but all things considered, it ended at a pretty reasonable price.

Some people think when they find an unopened game from decades past, it’s uncouth to open it, but I find that absurd. It was meant to be played; it wants to be played! Happy to oblige.

If you have never seen the MZ-1500 before, its most obvious and unusual feature is the integrated QuickDIsk. QuickDisk is a sequentially-accessed medium (like a tape) that certainly resembles a floppy disk. Typically, reading sequential is a disadvantage but this is far faster than a tape, at least. Most games for this system load in about 20 seconds or so. Most QuickDisks seem to be scratched up by now, though thankfully I have rarely run into a disk that doesn’t load properly. But it was nice to see this completely fresh, untouched, never-loaded QuickDisk and its immaculate surface.

Until now, all other commercial games I’ve bought (such as Dig-Dug) boot directly from IPL into the game, but this one is written in BASIC so it loads that up first and then auto-launches the game.

The game itself is a bit similar to Sokoban (the warehouse cleanup game), but the idea is to arrange the tiles so they run a lead from one tip of dynamite to the other so it explodes. Unfortunately, I’ve not even been able to pass level 1 yet. Gotten close, though; hopefully next time!