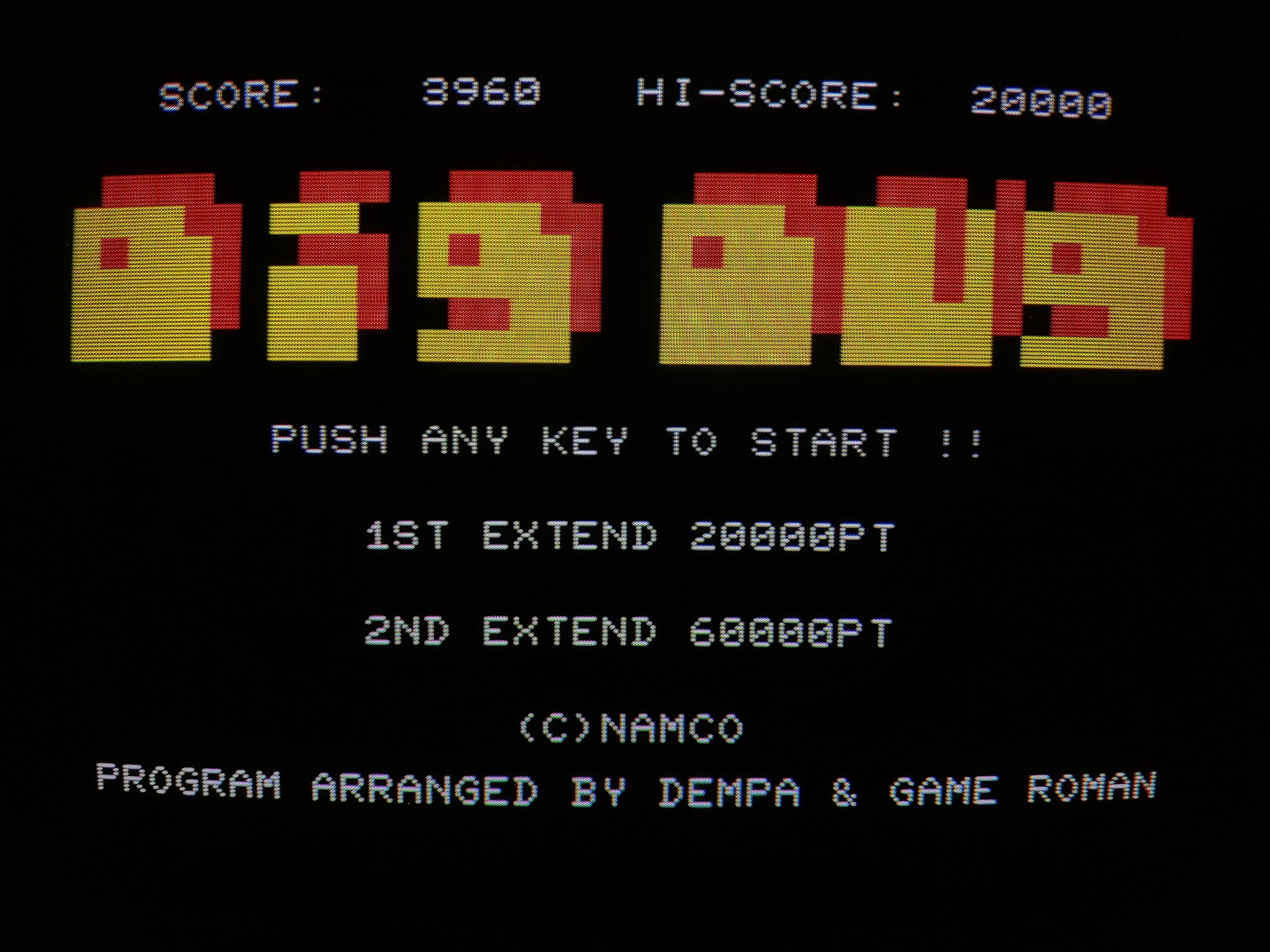 My MZ-1500 has seen quite a bit of use recently, not owing much to its own game library, but because it is MZ-700 compatible, and unlike the MZ-700, it is ready to connect to external tape drives. This allows me to play my MZ-700 tape games that I’ve converted to .wav files.

But I also kind of recently got a real, original MZ-1500 game. It’s an arcade classic – Dig Dug – but it doesn’t seem to be very popular on the MZ-1500. It’s a little lackluster in some ways, the character, enemies , rocks, and vegetables are well drawn and animated, but the background is made up of solid colors so doesn’t provide any of the texturing to the dirt that other ports do. The gameplay difficulty level is a little harsher than other ports, too, I believe.

The box is also in awful condition (although much of the smashed portion seems to be obscured by the angle). So due to its rarity it wasn’t dirt cheap (see what I did there?), but it was considerably less expensive than other games for the system I’ve seen.

QuickDisks are double-sided, so the way many of these games work is to load the data for the PCG (programmable character generator) and then instruct you to flip the disk over to load the main game program. But the game doesn’t actually detect if you’ve loaded the PCG data or not, so if you just load the second side, the game will work fine, you just can’t see your character, the enemies, the rocks, or the vegetables. In other words, they put a lot of effort into the PCG graphics and then left the main screen to an intern.