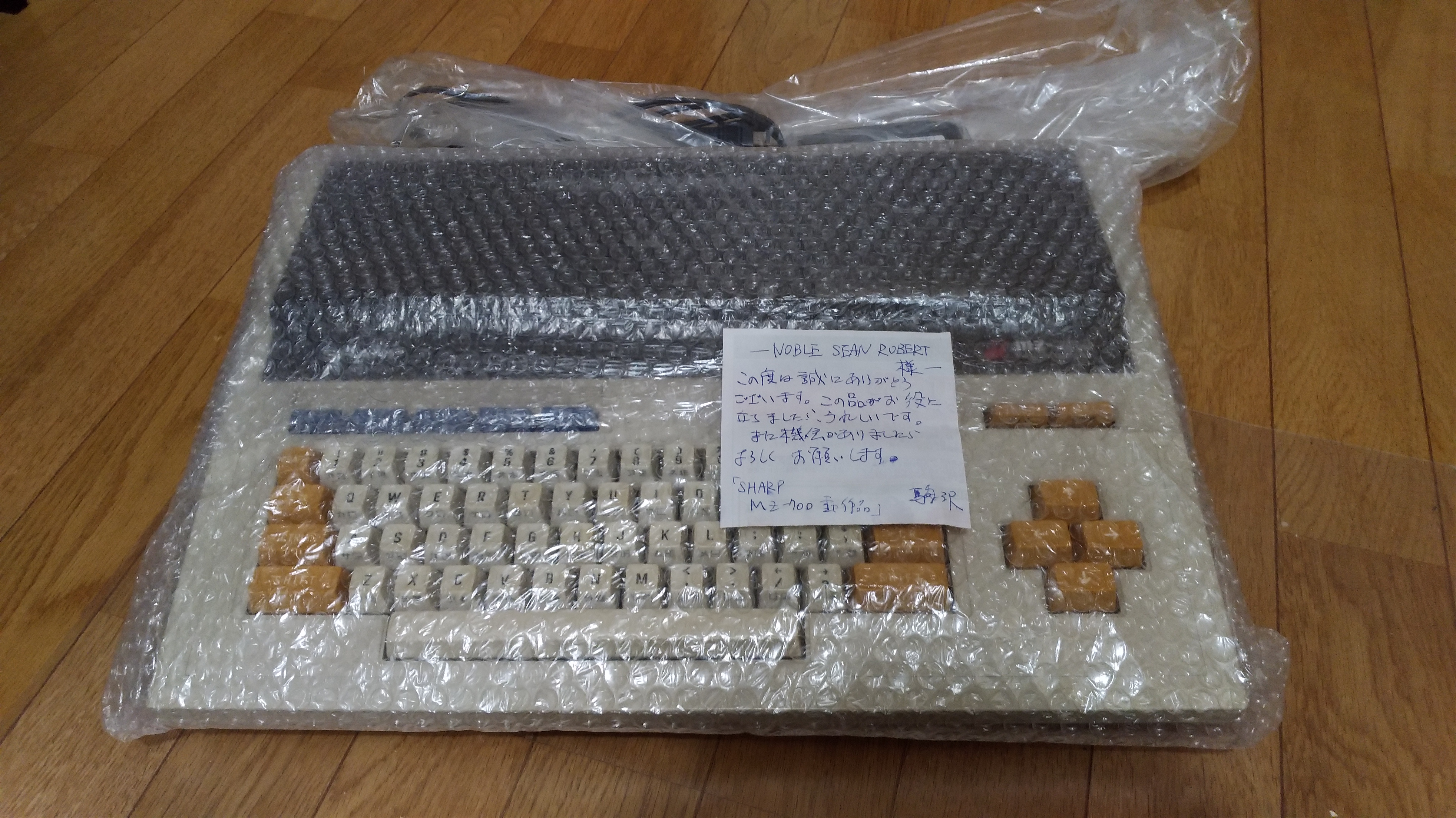 Another machine I bought on a whim. Never heard of it before buying it, but found the design aesthetics to be beautiful. It was a tested-working item and in nearly immaculate condition, but as Japanese vintage computers go, it was not terribly expensive. The seller included a hand-written note when he shipped it. To date, this is the only time I’ve experienced that.

The MZ-700 is pretty unique not only in design, but also unexpected built-in features. The flagship submodel was the MZ-731, which includes a built-in cassette recorder and a color plotter-printer. That’s quite an impressive ready-to-roll solution for its time.

I received it and connected it through composite video through the RCA jack. Speaker is internal. Fired right up, as expected. The MZ-700 does not have BASIC on ROM, so you boot straight into a monitor. The most typical course of action is to press “L” and then press play on the cassette recorder.

In Japan, not only is selling copied software prohibited, but some everyday users make it a point to report auctions that do so. In addition, they’ll report auctions that even include such software, even if it’s clearly not the main focus of the auction. To a point, I can understand, but this can leave many people without any means to use the machine.

So while this system wasn’t sold with any software, I was very glad that the seller included two copies of BASIC (S-BASIC and HuBASIC), and a compilation of about eight games on a single tape as an undisclosed bonus.

It’s also lovely on the inside. Such a modular machine with easily removable components. You don’t have to open the case to remove the tape drive or printer.

Another really unique thing about this machine is that there is no graphics mode. Games make use of system character glyphs, letters and numbers, and large blocks. When I think of that style of game, I think of the rinky-dink games like Ladder or ASCII-Invaders or what-not. But these games are quite well done. One example is Yellow Balloon, a game where your balloon soars ever upward, avoiding obstacles that will pop your balloon while shooting to the side to rack up points. For all its primitiveness, it’s a colorful and graphically pleasing game.