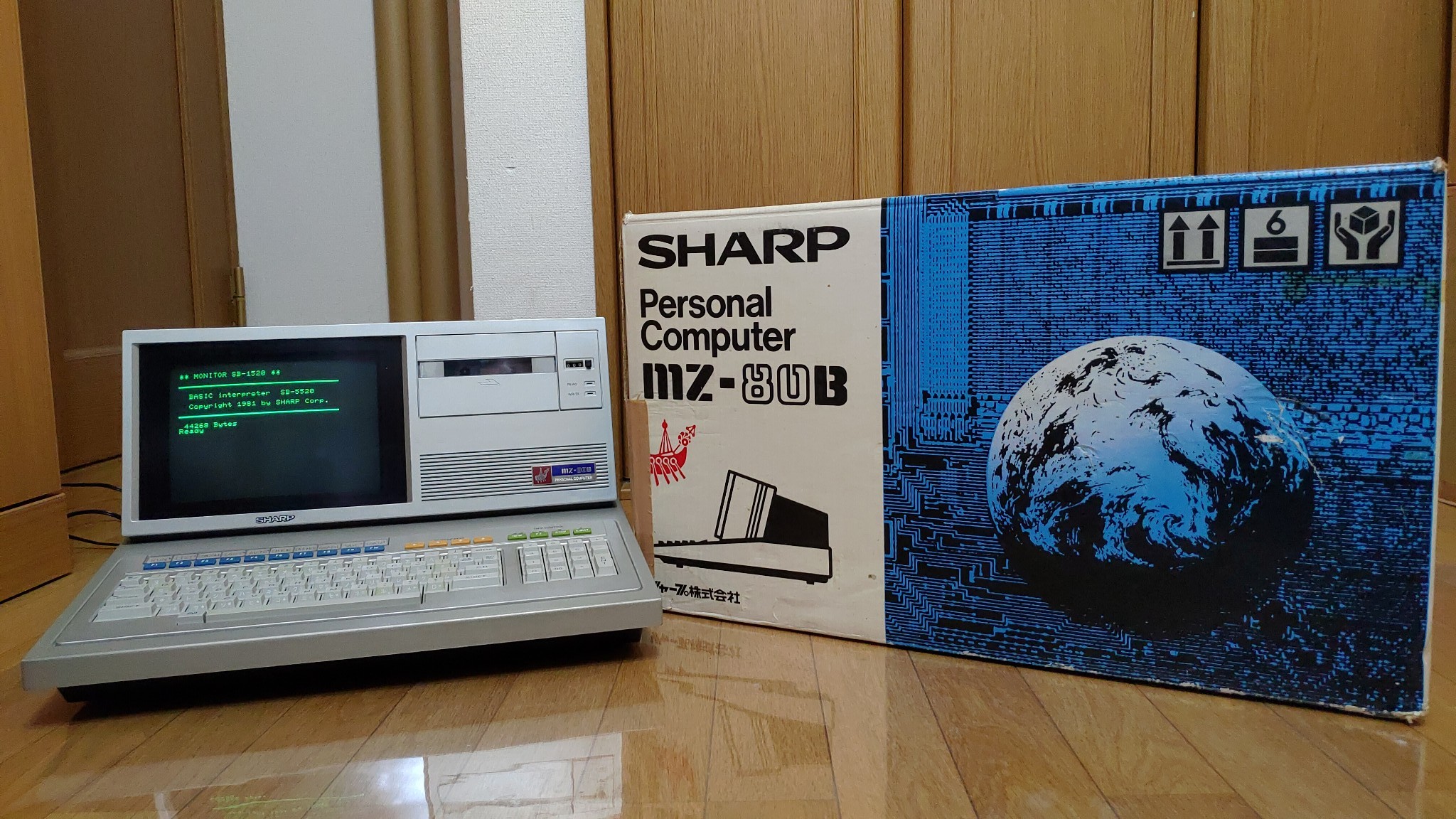 This behemoth is already out of my collection, but it’s no fault of its own. It’s a lovely machine. I picked it up on Mercari and it worked perfectly. It was in beautiful condition and came with its original box and cover. It has a very cool APSS (automatic program search system) to navigate cassettes. And it’s got such a cool aesthetic!

But either it or my MZ-80K2 had to go because they’re so similar and both so big. This one would have required a complete reconfiguration of my computer rack in order to accommodate, and the box would have to go either way. In the end, the K2 was more practical. But the B will be remembered fondly. Side-by-side for comparison.

It took me a while to get BASIC to load. I found a tape image of BASIC fairly quickly, but there were some interesting hurdles. First, depending on the wav file, you can’t simply record the file to tape. It has to be played back at a 30% speed increase. Once I figured that out, I got BASIC to load, but there was a minor problem. Katakana characters appeared, but the order was totally different. This is due to there being a Japanese version and a European version of the machine. I had the European BASIC running on the Japanese machine. I could not find the Japanese version anywhere, but fortunately someone from a Facebook group I am on was kind enough to provide me with it. I was able to load BASIC and a few programs on it, including Pro Racer and Yume no Pro Yakyu.

One thing I kind of struggle to understand is why Sharp made these computer series, the MZ series, but made two separate branches of compatibility. I would think MZ would be one series and for example XZ another series, or MZ-80 series and for example MZ-5000 series, but in reality, there’s like, MZ-80A/B/C/K/K2/K2E as well as MZ-700/1500/1200/2200/etc. And it’s totally unintuitive which are compatible with each other. I guess it adds to part of the excitement?