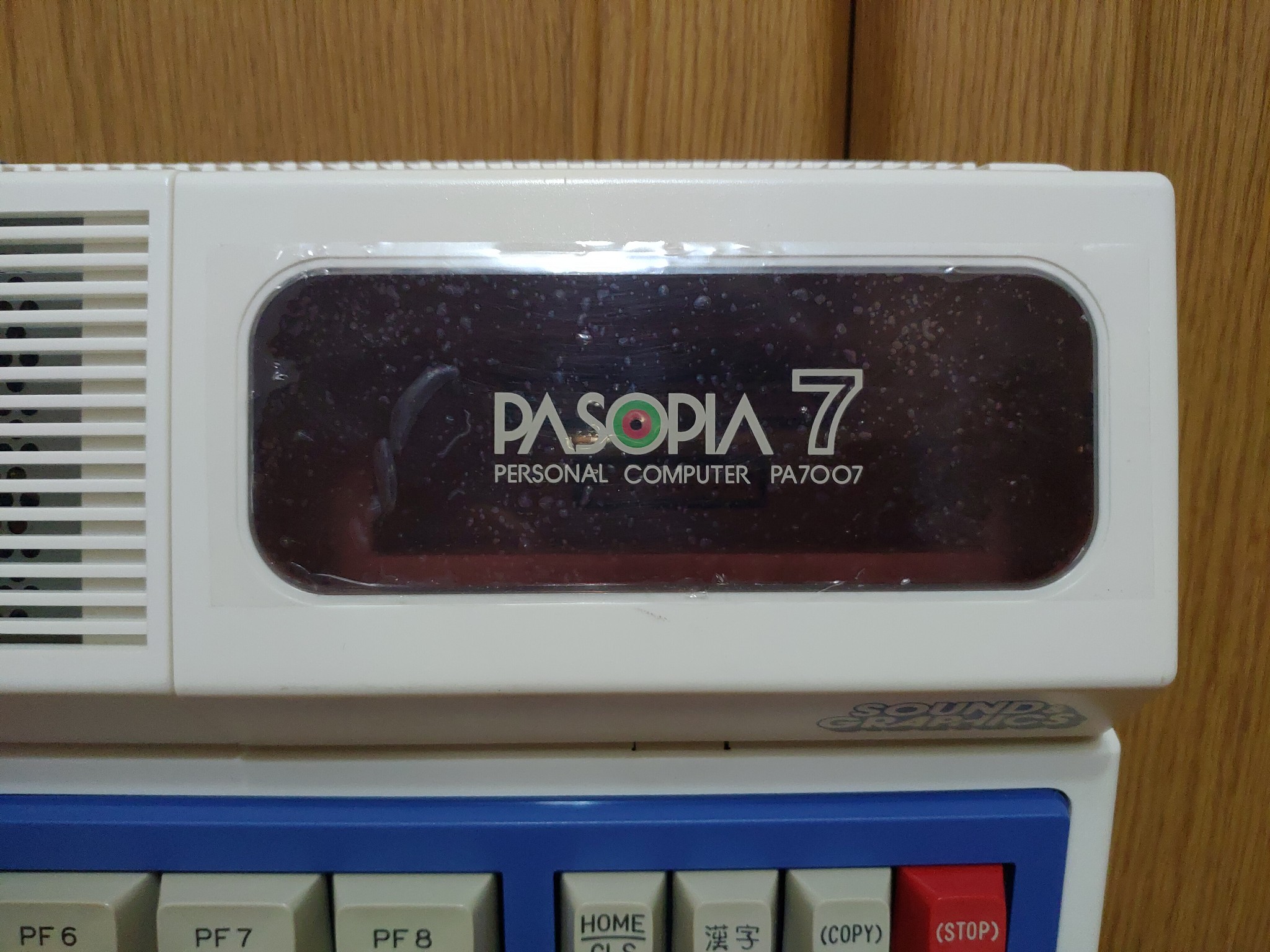 Toshiba was not one of the top players in the Japanese computer industry in the 80s. They started with the Pasopia, and later they introduced their second-generation 8-bit machine, the Pasopia7, neither gaining widespread adoption. They continued with their 16-bit offering – the J-3100 – but that was tightly connected to the contemporary IBM PC architecture, and while it had its own modest software library, it can, in fact, boot a Windows 98 boot disk and launch DOS software.

But I think there is quite a bit of good to say about their 8-bit offerings, regardless of popularity. This time, I’ll introduce the Pasopia7. Like the Pasopia, it’s a Z-80 based system with 64KB of system RAM, but with strengthened multimedia capabilities. They tripled the video RAM (up to 48KB) and added not one but two dedicated sound chips (SN76489), allowing for six voices.

This machine is also unique in that it came in different colors. Sharp X1 (and to a very limited extent NEC PC-8801) also offered color variations, but the truly unique thing about the Pasopia7 colors is that it *didn’t make you choose*. It included three keyboard perimeter overlays in the box: brown, blue, and red. How about that, iMac?

So in that sense, objectively, Toshiba put some consideration into the aesthetics, but in my opinion, the keyboard overlays are merely the finishing touch. I think this is overall one of the most handsome computers in my collection. Highlights include the sleekly-covered cartridge slot, the typeface on the keycaps, the color accents on the keyboard, the recessed power switch, and the style of the logos. Here are the results of its vanity photo shoot:

Another unusual thing is that support for floppy disks is built in to ROM BASIC. It isn’t necessary to boot from a separate disk to interact with floppy drives. It asks you how many are connected as soon as you boot the computer. After you answer that and the number of files, you are thrown in to BASIC. The keyboard is a pleasure to type on, the keycaps feel smooth to the touch, the travel is satisfyingly deep, and while not clicky, has a pleasant sound from the spring action.

The consistent drawback of unpopular systems is the scarcity of software, and the excessive prices they go for on Yahoo Auctions when they do surface. I happened into a couple of halfway-decent deals, including DoorDoor and Fly Boy (not pictured), but competition is fierce!