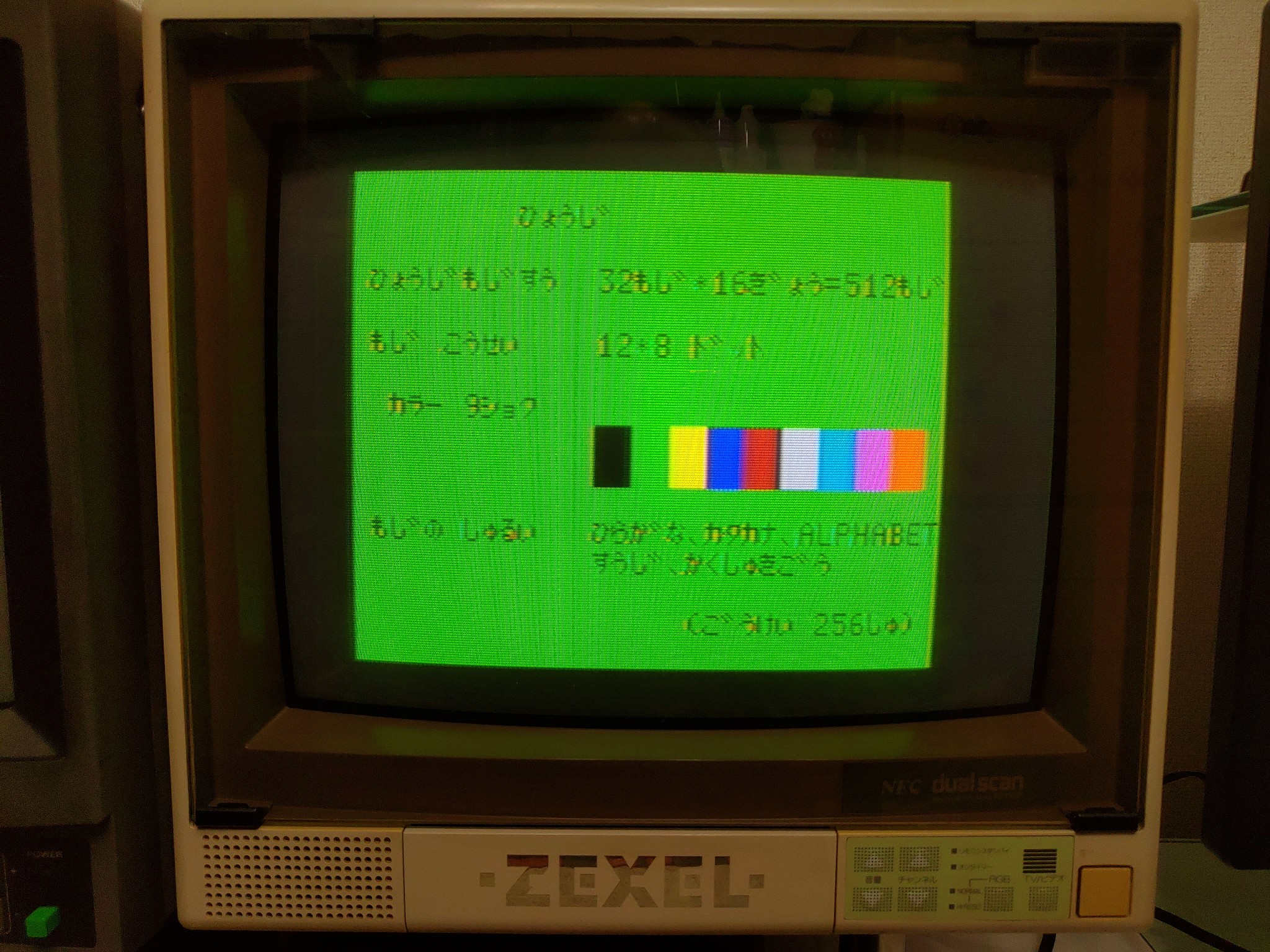 This is NEC’s official demonstration tape for the PC-6001, which offers the user a glimpse into what is possible with their new computer.

It begins with a simple program that loads from tape in about five seconds, called “color”. It just shows off how many colors your computer can display (eight, although BASIC can only access them in terrible ways), and shows a couple of simple images that make use of these colors. The second picture shows that this cheap computer is just as capable as all of the expensive computers you can’t afford, as long as you sink a small fortune into expansions and peripherals. Motivating!

The second program shows some graphic capabilities. You can make graphs and charts and propel your career forward. If I recall correctly, the fifth image in this batch is from the third program, which shows off the audio capabilities of the machine, which are primitive, but still certainly add to the ambiance of a game.

Up last is probably the most interesting program on the tape, which shows a series of squares being drawn in different colors, rotated slightly and drawn over the existing squares, in series until the overall shape looks increasingly like a colorful circle.

I think there were more programs on the second side, I forget. I actually took these photos a few months ago. Anyway, I think this is a sufficient sample to get the idea.

One thing to remember is that NEC wanted to show users the machines capabilities, but actually the machine is *far* more capable than what you see here. You may recall the PC-6001 port of Eggy I posted about recently, it does a far superior job of showing the machine’s true power. Commodore had the same situation. Their demo disk showed so little of what the computer could do. To really push the limits of the machines, you have to get it into the hands of serious game developers, musicians, and even business software developers. These demo tapes and disks are really just the tip of the iceberg.

Also, since I took these pictures, I have acquired a PC-6001mk2. The difference is unreal. Quadruple the memory, far more sophisticated graphic modes and capabilities, vastly improved audio. The difference is really comparable to going from a VIC-20 to a Commodore 64 (which is not to say the machines themselves are quite comparable to the VIC-20 and Commodore 64, but the difference realized is about as big). Hard to believe they slapped on the same model number and just referred it as a new version, when it offered so much more.