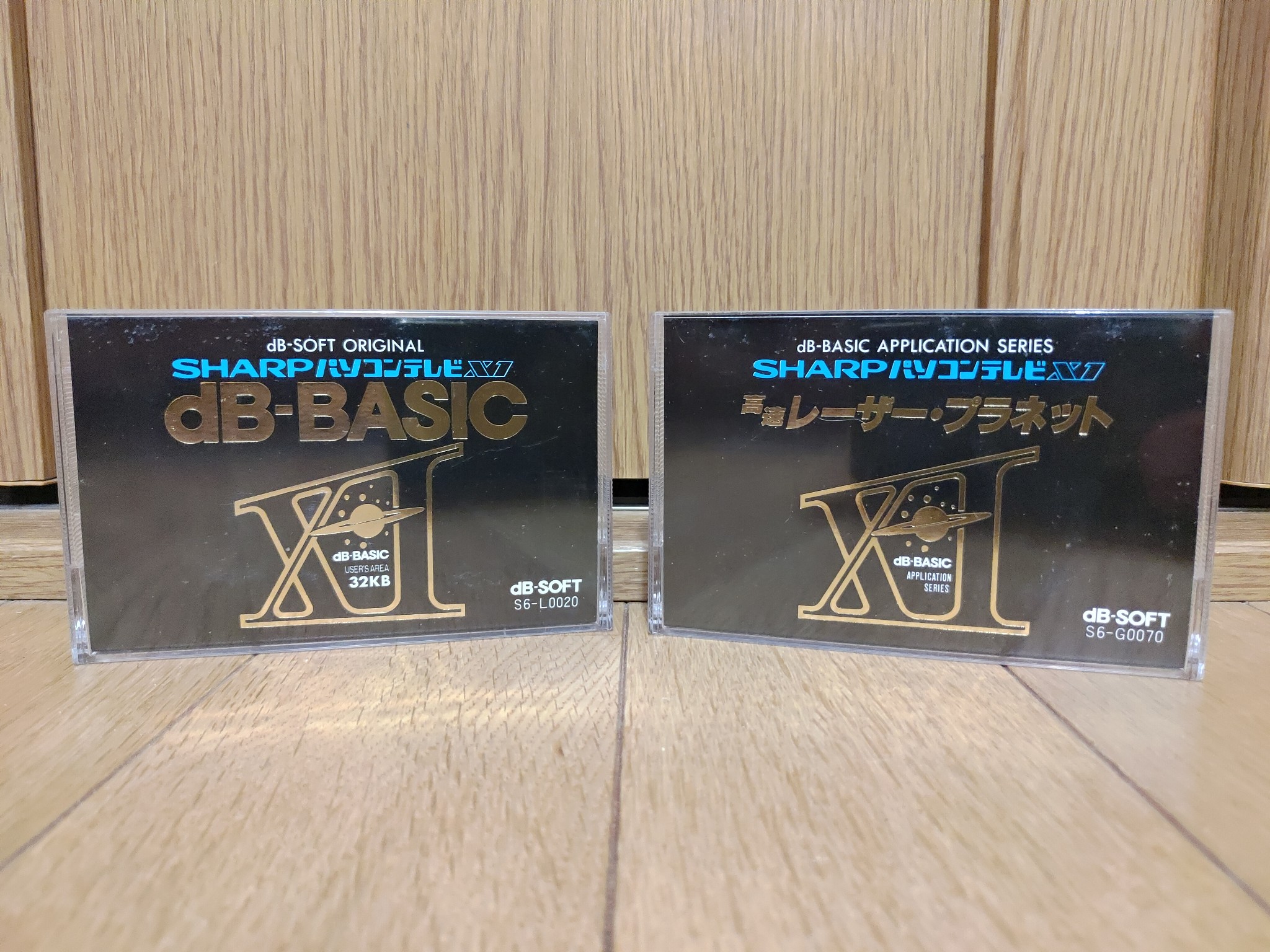 After finally getting an X1 tape drive, I can now play Laser Planet! I bought it a few months ago on Mercari even though I couldn’t immediately use it, because it was a good deal.

However, one doesn’t simply play Laser Planet. It requires dB-BASIC in order to run. So you load dB-BASIC first and then you change the tape and load Laser Planet.

I don’t generally expect a lot from BASIC games because I tend to assume it’s too slow to push graphics around in an exciting way, but this game manages to pull it off well. I suppose that’s the advantage of the programmable character generator, it isn’t pushing graphics around so much as it’s pushing characters around, which BASIC can do pretty well.

The object is to bomb targets to make the lase beams disappear, allowing you to proceed to the next target. Bomb all the targets and land your spacecraft to claim victory! I think. I haven’t beat level one yet.