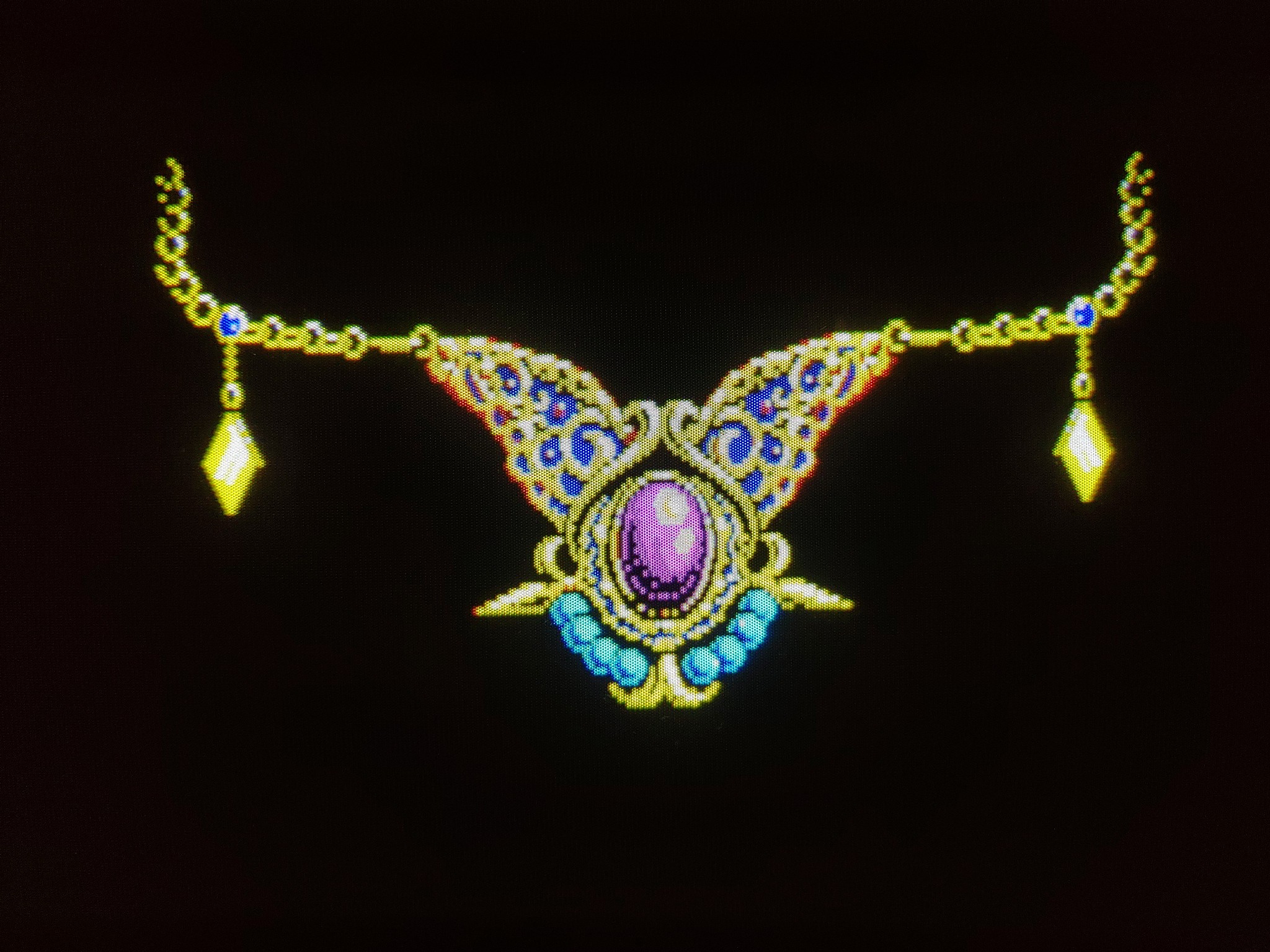 This is a pretty top-notch X1 Turbo Z game! It has vibrant and beautiful artwork and displays over the 24KHz video mode if your monitor supports it. The menu selection cursor moves smoothly and the entire screen scrolls more smoothly than most on this system. Here are some photos from the pre-introduction.

The introduction is filled with nice artwork. They really put some effort into this, and it shows. It appears that the amulet the princess wears in the introduction is cursed and turns her to stone. The story begins here.

The sound is quite impressive, too! It uses the FM synthesis for the soundtrack, and unlike some other RPGs I’d played on this system before, this soundtrack is complex and varied. Sound effects are also nicely done. It even includes some digitized speech scattered throughout the game.

Some digitized speech appears in the introduction. Umm. It’s early digitized speech, so I can totally cut it some slack, but… this timing. If you watch the below video, just as the video is about to end, the text says “She had a smile like the sun and a voice than rang like a bell throughout the land.” And then she speaks, and… well… just watch the video.

That said, they use the digitized speech to good effect elsewhere, for example when the demon speaks. Legitimately, that should stay, it sounds really good!

The gameplay is a bit like Castlevania II, you walk around towns and dungeons in a 2D platform world. As opposed to Castlevania II, though, there are some proper establishments in this game, including magic shops, weapon shops, banks, churches, and fortune tellers. Use the bank to save money you don’t need, because if you die you lose all the money you are carrying. Visit the fortune teller to save your game. Each business owner has their own distinct personality.

And then there are the dungeons. The controls for combat are straightforward and work pretty well. The game automatically makes you slash upward if there is an enemy above, and you can also slash down if you are goinng to fall onto an enemy. You can even squash enemies with hovering platforms in some locations.