Shogun – A Word Processor for my X1 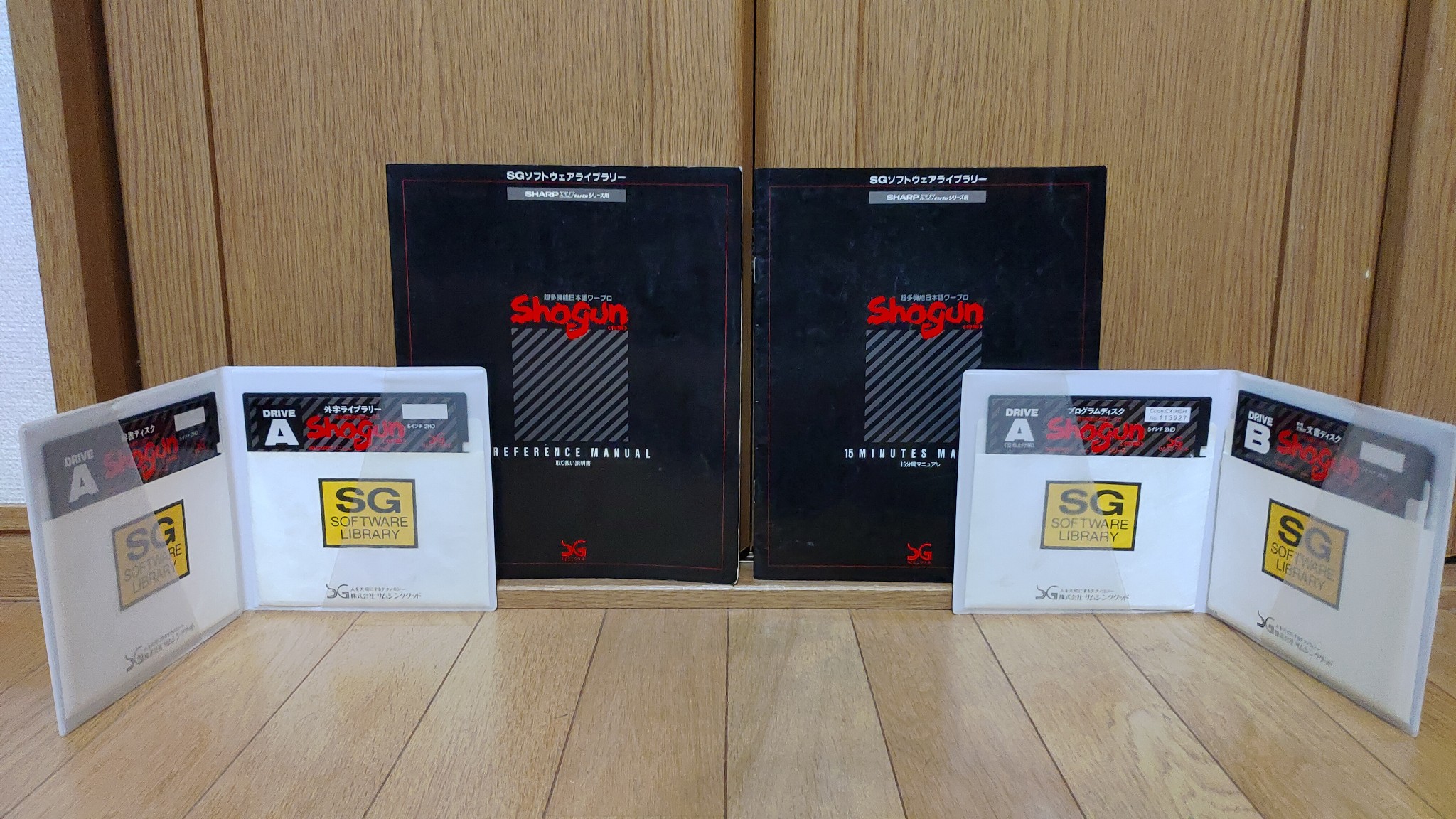 As I mention from time to time, I enjoy checking out and using productivity apps on my old machines. I recently joined Mercari and I found this little treasure nobody wanted.

It’s Shogun, a word processor for the Sharp X1 Turbo Z. Yes, you need to go all the way to the Z model, because it comes on high-density floppy disks. Actually, the disk claims it’s for X1 Turbo, so it was probably released on double-density floppy disks, as well.

When you boot up, you are greeted by this beautiful opening screen. I had to get an animation of it!

But once you get down to business, the glamour of the fancy title screen fades away quickly and you are greeted by a blindingly white screen.

I’ll need to go back and take some better screenshots sometime. They looked pretty good on my phone, but uploading to full size they are quite blurry. For now, here are my low-quality captures of my text-typing adventures. The images kind of tell the story as I go, if you can read them First in English:

Then a Japanese entry tutorial. Figuring out how to enter Japanese was a bit counter-intuitive, because they re-purposed the kana key on the keyboard. So I had to tell the menu to use full-width entry, then to use Japanese by pressing the kana key on the keyboard, which normally only allows you to type in using direct Japanese symbols, which is an outdated method of text entry. The software is smart enough to use romaji entry, so might as well take advantage of that, for sure!

And one more type-up in pure Japanese. It was nowhere near as smooth to type as it is in modern Windows, but I could get the hang of it a bit.

And that’s my run with Shogun!