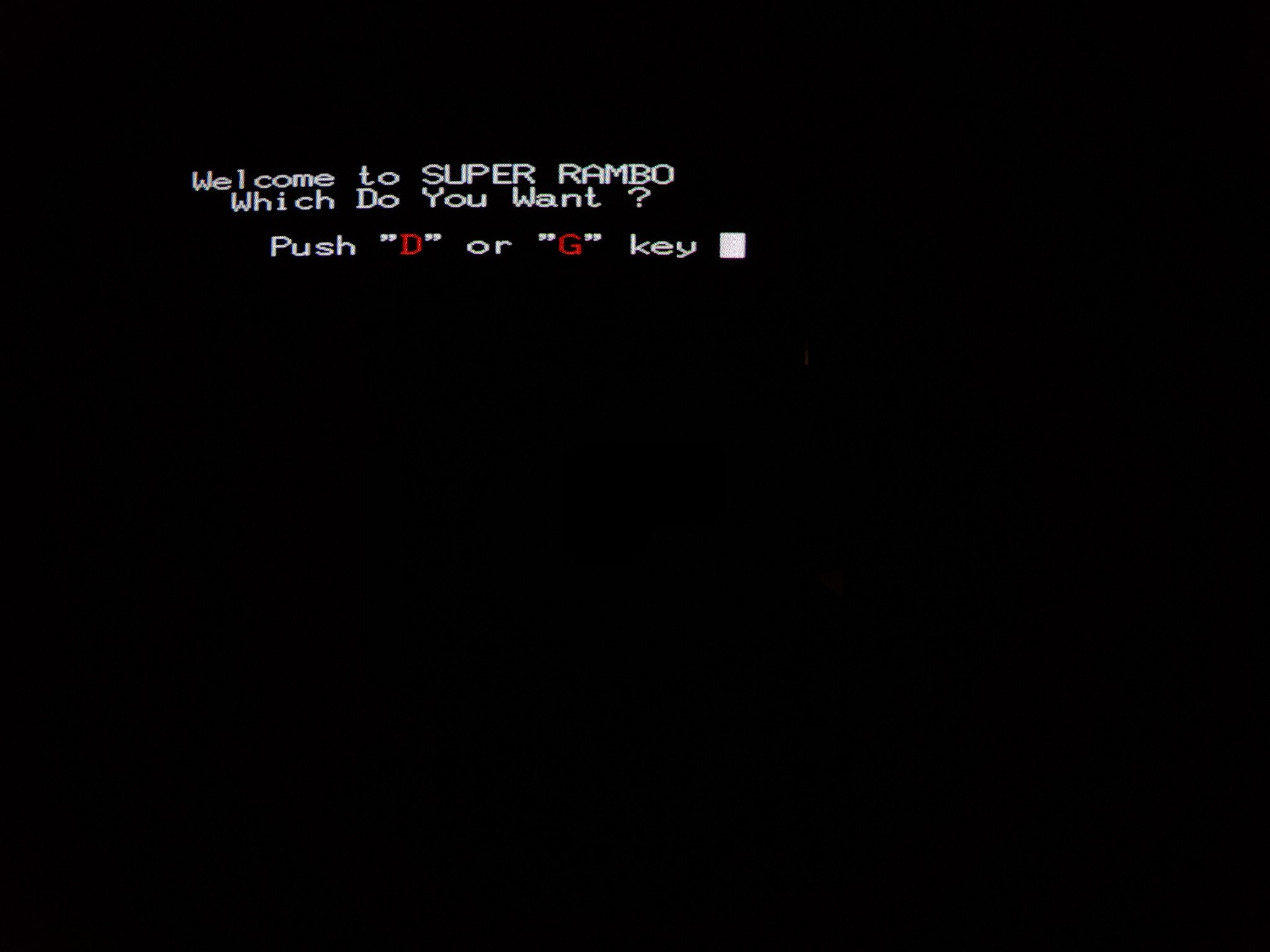 This is a game I received as part of a large batch of images a while back (thanks, Chris!). I tried it tonight for the first time. I *knew* this was going to be interesting just by the first screen.

Gosh, I just don’t know! How about the first one, I guess? But it didn’t take long to figure out what was what.

Actually it’s a little deceiving, the demo isn’t actually a demo. What they’re really asking is if you want to watch the introduction (four looping screens with some simple animation), or just load the game directly. Kind of wish that was a standard option, to reduce waiting for unnecessary loading time for those who are ready to just jump in. But some of the graphics in the opening screens are nicely done.

The game is a lot less straightforward action and a lot more exploring than similar games. As is often the case, I couldn’t get very far. I explored about twenty screens or so and usually I end up dying by stepping on a landmine. Maybe there’s an option to detect them? Or maybe if I can keep that guy alive at the beginning, he shows me where to go without stepping on a landmine? I’m not sure, because he keeps disappearing after getting to the first enemy barracks. Captured? Beats me!

It can sometimes be a bit challenging without a manual, actually. I played the game for quite a while before I learned you could crawl by pressing the tab key. I sometimes press every key if I get stuck in a game, but there are a lot of combinations because I may have mistakenly pressed the kana key, which puts it in a different mode, or some games only recognize upper-case key presses, which I often forget about.

There was a saved game file on the disk so I loaded it just to see what it was like, but I probably won’t go back to it. Definitely better to figure the game out for myself!