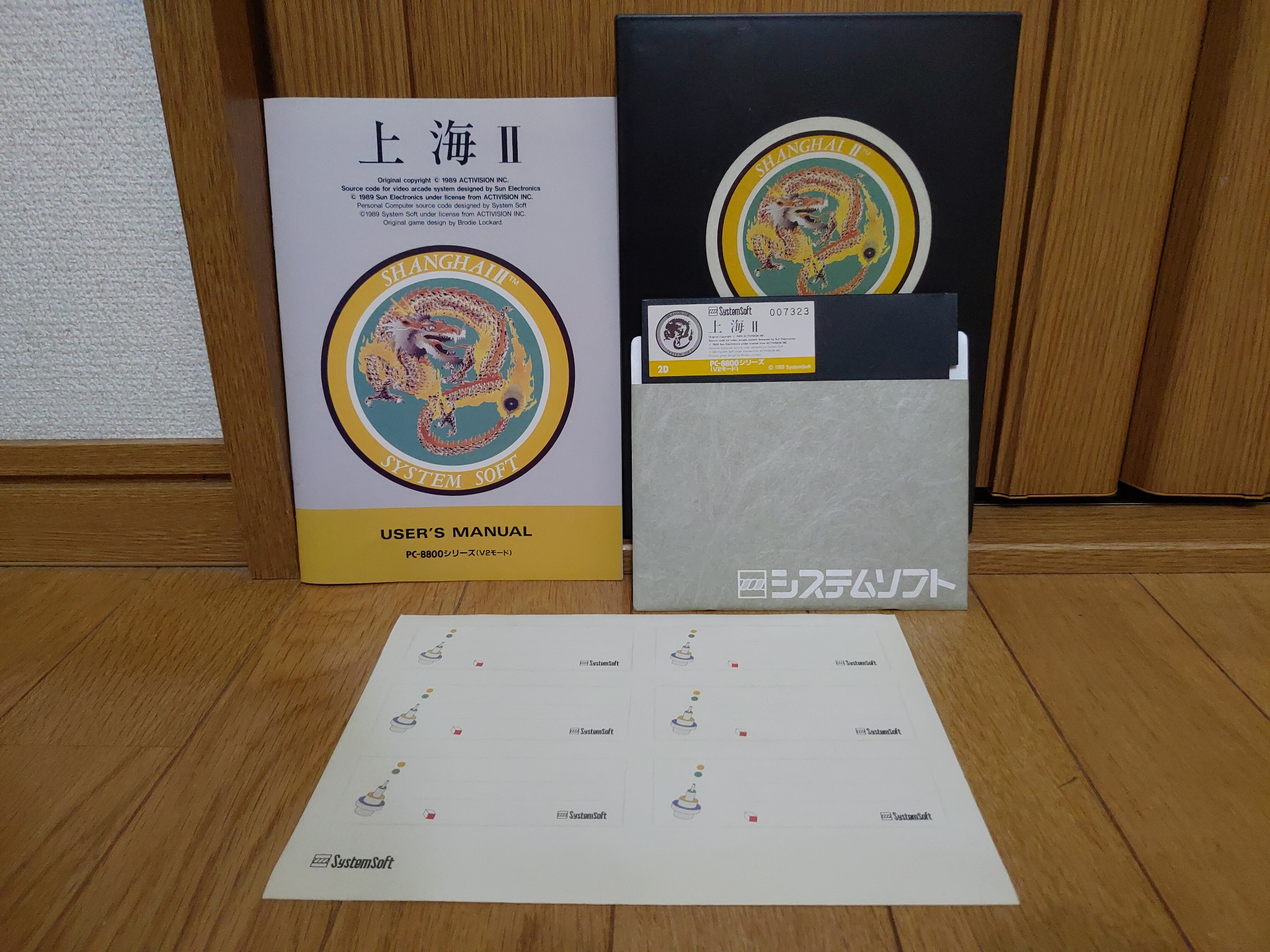 Taking a breather from the FM77AV20EX disks to post about Shanghai II. Yes, Shanghai II. Two! I was going to spill into a diatribe about how Activision managed to make a sequel to a 1980s video game based on a thousands-years-old puzzle game, but then I did the research to find out when Shanghai as a puzzle game got its start, only to learn that it began very recently and is basically relegated to the computer world. Well, it would be hell to set up the pieces each time, so I can understand why.

And actually, it’s a relatively good sequel. The tile graphics didn’t change, but they added several different board layouts, and compared to the silent original, this game has a different background tune for each board. Here is the menu to select the screen and the six layouts: Tiger, Scorpion, Monkey, Snake, Panther, Dragon.

And the winner screen of Shanghai II:

Despite the improvements, I wouldn’t have bought this game, already having the original for my Sharp X1 Turbo Z, but I wanted to get a couple of cheap games so I could check that my PC-8801 MA2 system was working well, so I got this one and Relics from the same seller and got them shipped together.

I only noticed this yesterday, but the NEC PC-8801 MA2 doesn’t have a joystick port. This seems really strange to me. I am sure there must have been some solution because every major competitor had joysticks available. But in any event, the original Shanghai on my X1 had three options: joystick, keyboard and mouse. This game had three options, too – NEC mouse, serial mouse, or keyboard. I’d played it with the keyboard until last night, when I decided to try my FM Towns mouse in the NEC mouse port, and it worked a treat! But the X1 mouse was a little unhappy about having its mousepad usurped.

My friend has a PC-98 series game controller, and it plugs into his keyboard port, which provides pass-through to the keyboard so both can be connected at the same time. Perhaps I need something like this, but I’ve never seen such a controller for the PC-8801 series.