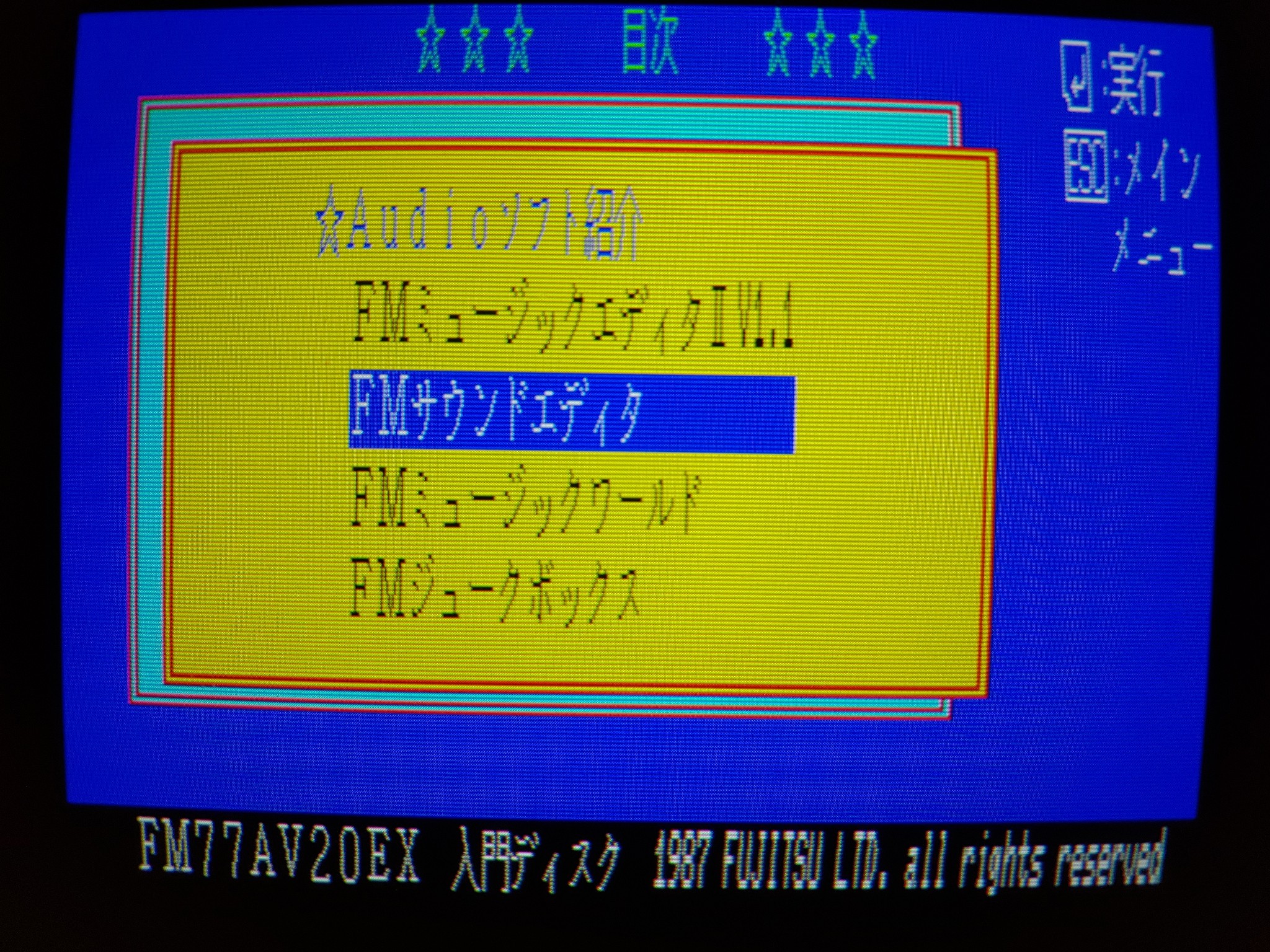 As alluded to in the third article in this series, the machine has a 3-voice FM synthesizer (in addition to a 3-voice PSG synthesizer, for a max of six voices at once). I believe you could squeeze the full functionality of this by simply using the PLAY command in BASIC, but I am sure musicians would generally prefer a music composition software package with a GUI that is more intuitive and visual. Fujitsu’s got you covered!

First is FM Music Editor. Based on my experience with the Sharp X1 music editing software “V.I.P.”, I probably wouldn’t really be able to do much with this software even if it were physically possible, but unlike the X1, the FM77AV20EX doesn’t actually come with a software package, just demos, both passive and interactive. This demo was passive so it just started playing a song while displaying the music someone else had already composed. Which is good, because I couldn’t make that!

Next up is the sound editor. Again, not a clue what I’m doing. But it is an interactive demo, so I altered some values that caused the little triangle doohickeys to change shape, and that affected the overall sound. But I don’t think it necessarily sounded good!

And that’s actually kind of all for the music composition. The remainder of the software is for non-musicians. The third item in the menu is FM Music World, which I gather to be something of a multimedia encyclopedia of music. You can activate different parts of the world and make an improvised musical performance.

And finally, FM Music Box. It is a late-80s, synthesized music only version of WinAmp. I don’t know if it really kicks the llama’s ass or not, because this also is a non-interactive demo with only one song. I kinda feel they could have offered more so you could get a sense of what interacting with the software was like.

And that wraps up the music software menu branch!