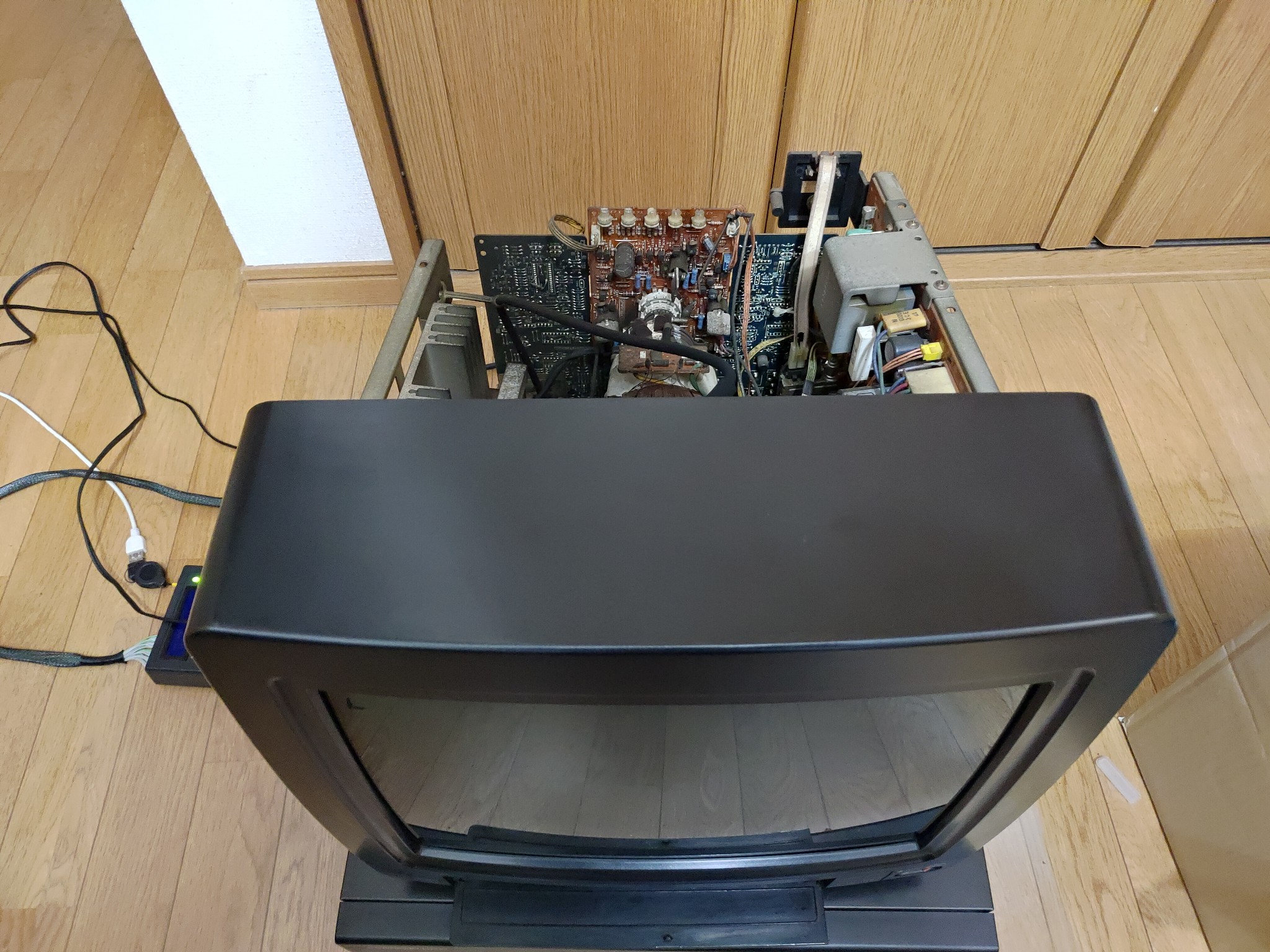 Some games that run at 15kHz (Syvalion is the only one that comes to mind right now; most 15kHz games didn’t have this problem) were too wide on my monitor. The edges of the game were not visible. I thought I would just adjust the horizontal size, but of the kajillion buttons under the front panel, not one of them adjusts horizontal size. So I took it apart (something I loathe doing with CRTs because of the risk of death if you’re not careful, and frankly I’m not always careful, although I suspect I’m more careful than usual with an open CRT) and looked for the horizontal size pot on the inside.

Well, I can’t say with certainty that it wasn’t there, because there are a kajillion billion more pots on the inside. But the clearly labeled ones were not related to horizontal size. They are all for controlling color – if you look at the pots from the front (brown side of the board), left to right, there’s red bias, green bias, blue bias, red drive, and blue drive. That info was handy later as I needed to adjust something a bit on a different monitor, but in the end I couldn’t adjust the horizontal size.

While I had it apart, though, I took the opportunity to give the big outer shell a shower. I didn’t think about potential damage to the sticker, but fortunately it wasn’t especially problematic.

Dried it off and it’s back in action, beautiful as always!