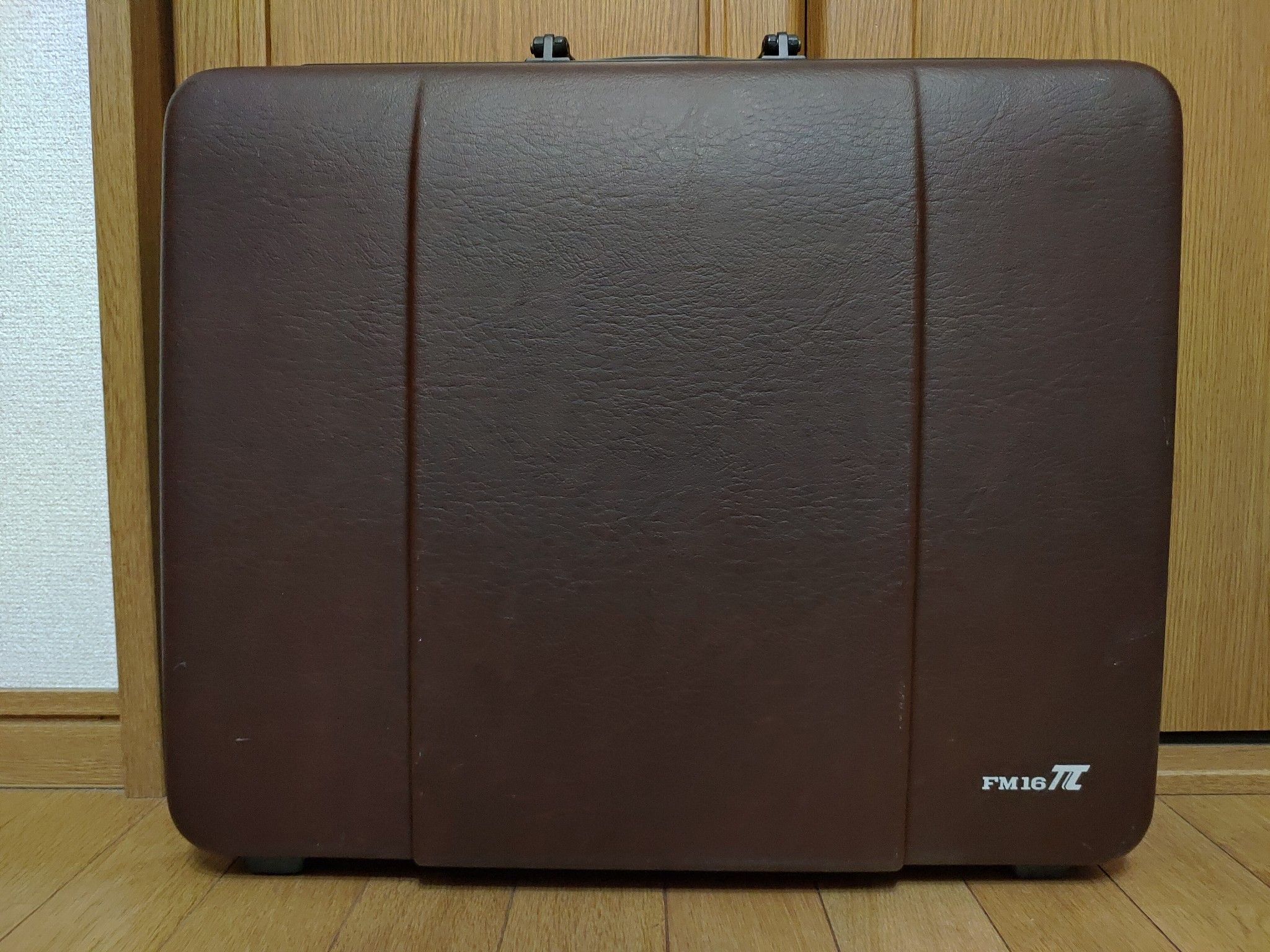 This is actually my second FM16π, that is supposed to be a “pi” symbol but it looks pretty much like a table in some fonts. This one came along and offered some obvious benefits over my first, so I decided to bite the bullet on it and sell my first one to cover some of the costs.

First benefit, it comes with this handsome, dedicated briefcase with the logo in white on the bottom right.

Everything fits snugly inside, including the special printer, the second benefit over my first one. It’s kind of a novelty, so I am not sure if I will keep the printer or not, but given the perfect fit in the briefcase, it sort of seems like those two items should be kept or sold together. I took them both out and the system powered on without issue, the printer readied itself for printing.

And the third benefit I knew about when making the purchase is that the FM16π itself is much cleaner. Here’s its glamour session:

And there was also one hidden benefit over my original system. Either this is a slightly different model with more memory, or it has had a memory upgrade performed, I would guess up to 512KB, whereas my first FM16π probably had 256KB. I’m just guesstimating by the reported free memory when launching F-BASIC86, it’s about 230KB greater than before. I’m sure I’ll never put it to use.

It is a CP/M-86 based system, and in addition to BASIC it comes with a menu program, a terminal program, and JW (I think this is short for J-Word). Either my installation is incomplete (on both of the FM16π systems that I’ve used), or commands and capabilities of this implementation of CP/M-86 are different, because I haven’t been able to execute many commands successfully. The menu system offers some system setup options, so you can do things like change the date outside of the command prompt. Actually, I don’t even know if you can change it from the command prompt.

J-Word is a menu-driven text editor? Word processor? I’m not sure which category it falls into yet. The menu commands are plenty, but they don’t really seem to be much about formatting, so I guess it’s probably a text editor. In any event, it’s the program in my possession most ready to start printing, so I fired it up and set the printer to task.

Results were not fantastic, but using 30-year-old printing ribbon doesn’t do anyone any favors, especially since it was opened and installed. I can read most of it. I tried changing the settings, both in software and hardware. The menu allows you to choose a 16-or 24-pin kanji printer, defaulting to 24 but setting it to 16 only produced those black squares, so that clearly wasn’t the answer. The printer has a dial for light or heavy printing, and the final image is set to the two extremes, neither of which addressed the problem of splotches of completely missing print. So now I have to decide whether to open one of the two spare ribbons it came with to see if it works or not.