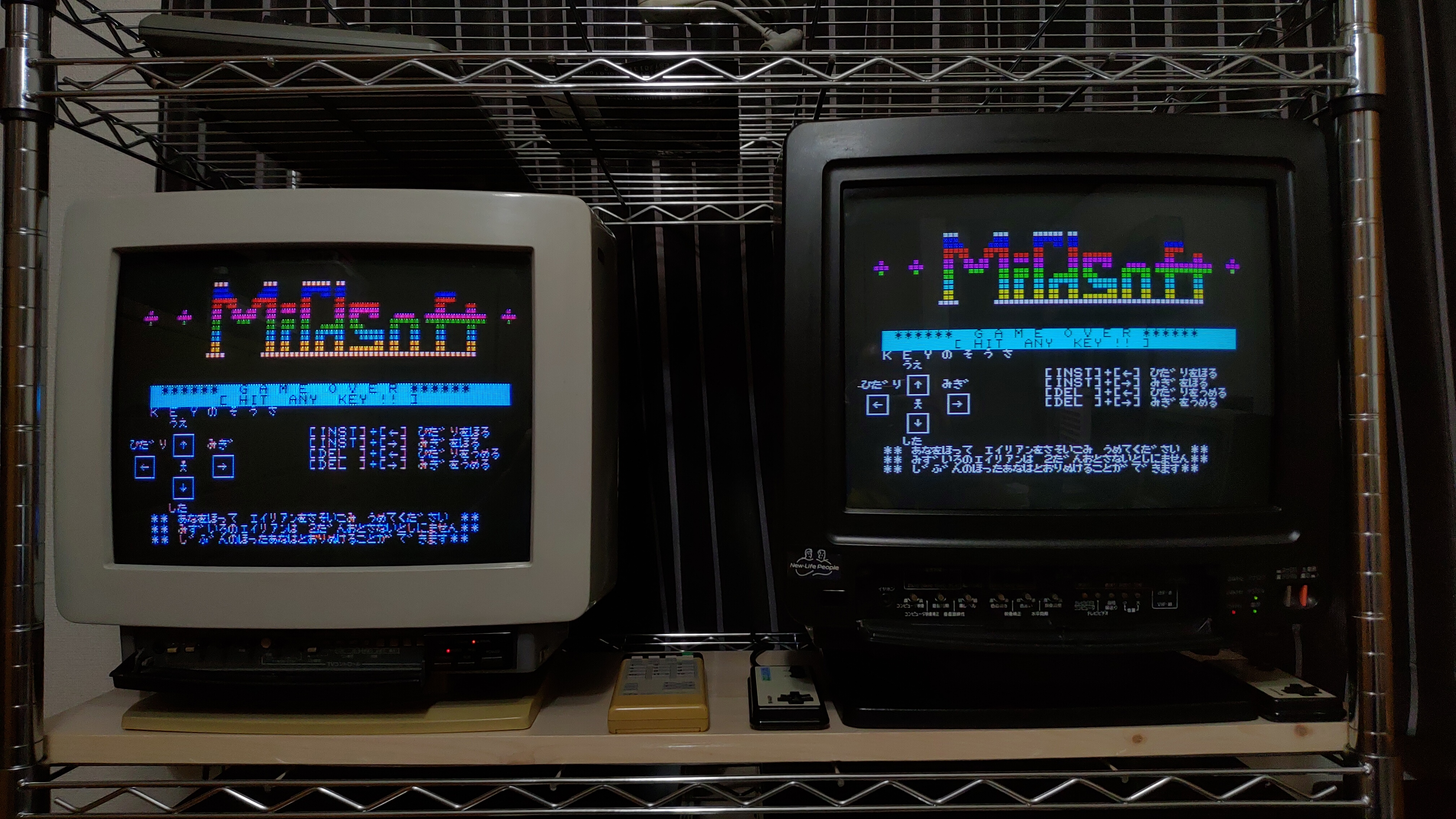 First, let me preface this by saying it’s not a tremendously scientific experiment. Although I made sure my major camera settings didn’t change, there are a lot of factors on the monitors themselves that I’m not sure how to control or don’t have the ability to compensate for, and some results I can’t interpret in terms of what is causing what I see as differences and shortcomings. Also, I’ve made the images quite large, larger than usual, because it can be hard to discern the detail when they are small.

And nothing new or unexpected is happening here. This is just a light comparison in how much improvement can be achieved by using the best output mode. Anyway, here’s what I did.

First I put my MZ-700 up to the task. I connected it by both composite video (to my NEC PC-TV455) and by digital RGB (to my Sharp CZ-600DB) and then loaded the game “Ottotto”. First with lights on:

Then with the lights out:

The digital RGB is of course much clearer. I kind of feel that composite should have been better than it appears to be, though. But I’ve tried the composite output on another monitor, and it’s about the same. I wonder if something is not working quite right in the composite output circuitry.

Next I changed everything. The computer for this round is the Sony HB-F1XD (MSX2). The monitors are the same, but this time their functions are swapped – the PC-TV455 gets analog RGB and the CZ-600DB gets the composite. I shot it with both BASIC and the game Last Armageddon. Again, lights on:

And same scenes with the lights off.

And again, the analog RGB looks much nicer. It’s also noticeable on the MZ-700, but especially on the MSZ2, which displays kanji, the big difference is in the clarity of the text. Although my Sharp X1 Turbo Z in high-resolution mode by far provides the clearest text, upgrading from composite to RGB is still tremendously helpful in terms of clarity. Also, the color palette is surprisingly different, and some of it may be down to settings on the monitors, but at least to some extent, the color differences exist even if used on the same monitor.

Umm, also, if anyone knows how to remove that gigantic “P.”, I’d be really grateful! I think it requires the remote, which I don’t have.