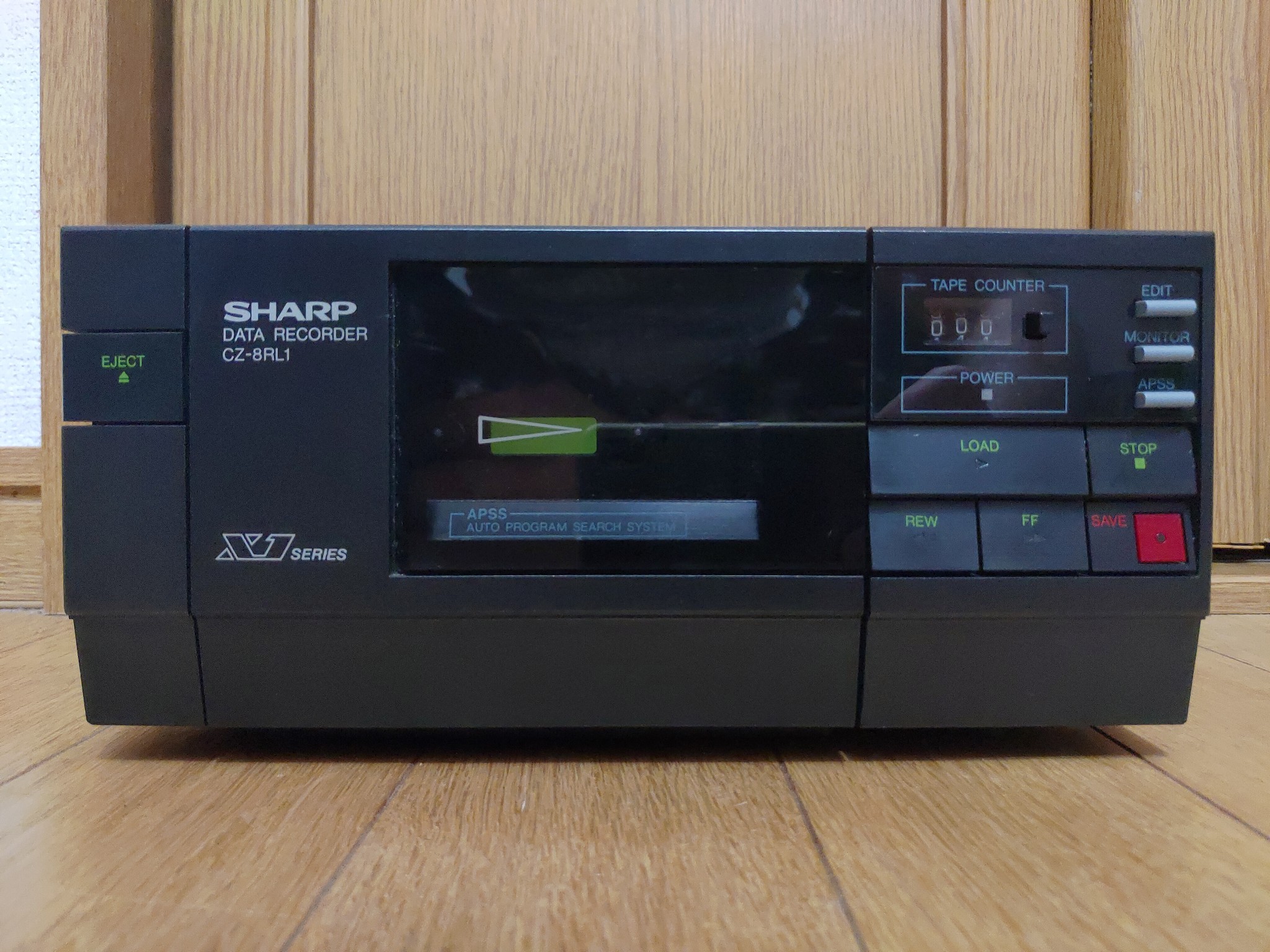 The X1 series of computer has a proprietary CMT (tape player) port, and the tape players are also kind of special, and they are prone to failure. So if you see a working one on Yahoo for auction, you shouldn’t be surprised to see it get up to about 40000 yen.

But I found one in a bulk-lot auction, and I saw the potential to get it quite a bit cheaper. So I bought the whole lot for about 30000 yen and am now in the process of seeing how much I’ll be able to get back by selling unneeded items. The tape drive was untested, but fortunately, it works!

So after having Mario Bros. Special for about a year or so, I was finally able to play it. Well, that’s not entirely true, I’ve been playing it all along as a disk image via the HxC floppy emulator, but using the original was a first!

The tape drive is a little unique in that the controls are digital. Unlike most tape players, you don’t really push the buttons “in”, it’s more like clicking the buttons like a VCR. It gives it a more technologically sophisticated feeling. The machine can also receive instructions about what to do from the programs, so many games rewind themselves after loading, while Mario Bros. Special just ejects, and Pro Wrestling automatically queues to the correct loading position of the tape, which I suppose saves time.