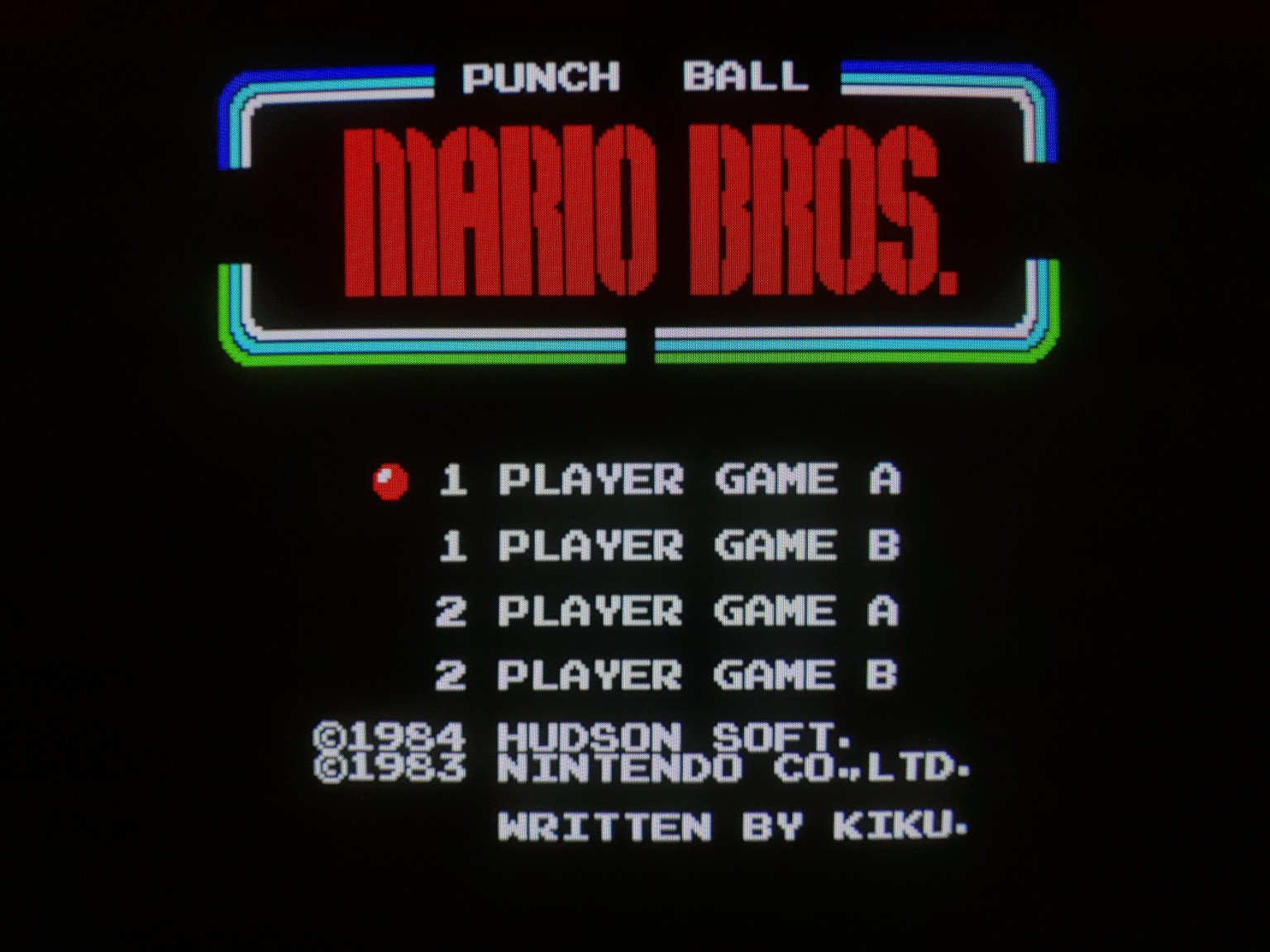 Now this is a fairly odd one. It is definitely Mario Bros., but at the same time, kind of different. The main premise of this game is, instead of jumping, you throw a ball at your enemies to flip them over. Then you can kick them off the level like usual. You can still jump, but that’s not the way to kill your enemies. Although kind of counter-intuitive, there is only one button active in this game, so you have to learn the timing to make sure you’re jumping when you want to jump, and throwing when you want to throw.

The coin level on phase three is nearly the same. The same selection of baddies try to attack you. The fireballs come out at level three. Your partner in crime – Luigi, is also available for the fight. So there is a lot of familiarity in this game if you’ve played Mario Bros. before.

But sometimes there are surprises, too. For example, the top and bottom platforms on level 5 move, which is something you really need to take into consideration when an enemy may stay on the platform longer or shorter than expected depending on the direction of the movement. Another example, instead of a coin coming along after you kill every enemy, a single coin appears at the top of the screen. However, it doesn’t move, and if you don’t get the coin after each enemy, you lose the opportunity to collect that enemy’s coin.

Another unique point about this game is that it runs in 400-line (high-res) mode. This is the first arcade classic (albeit with a big twist) that I’ve encountered where you can choose to run in 400-line mode.