Introduction to FM77AV20EX disk (1 of 5): Disk Information and System Time 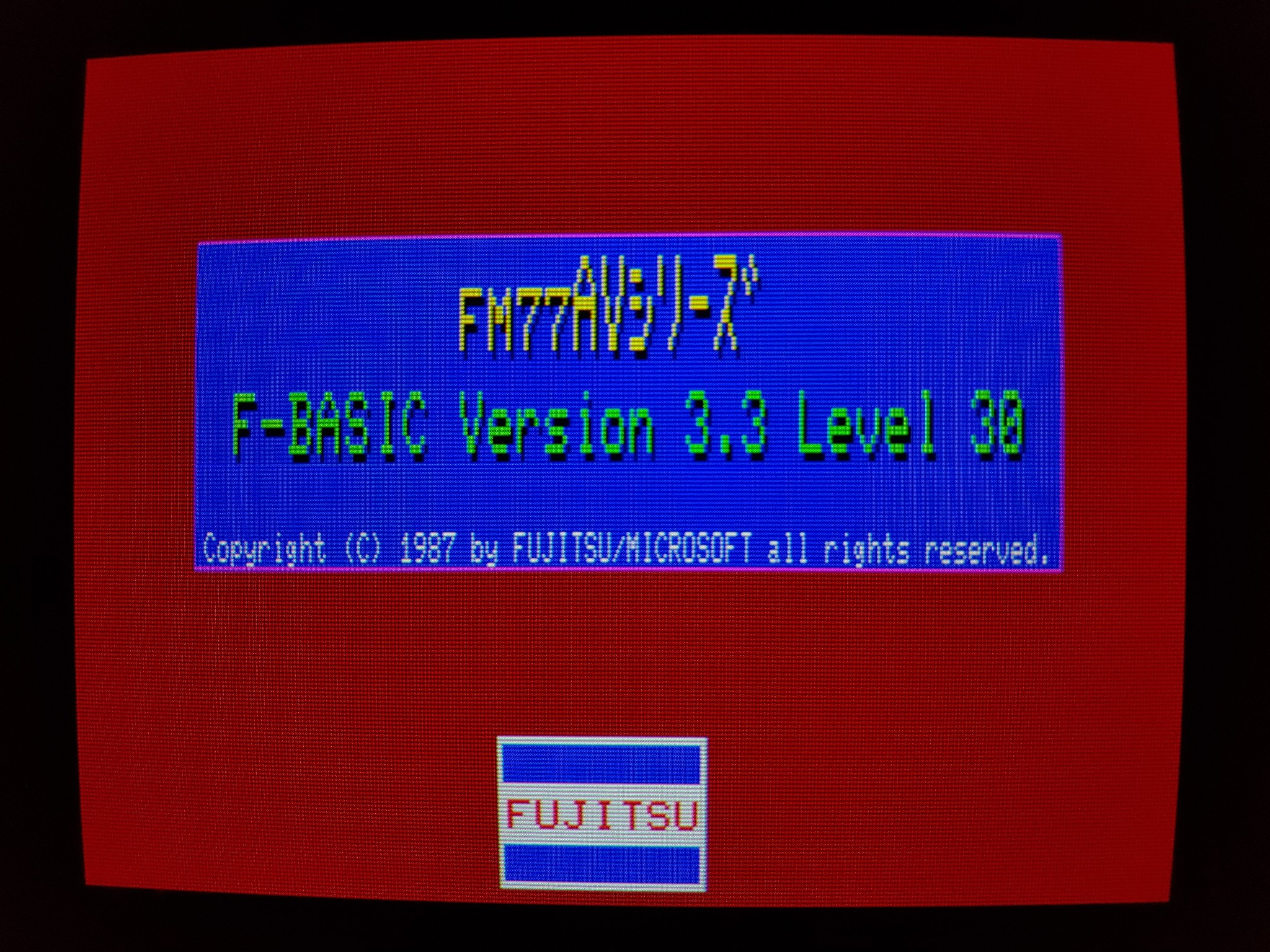 I have gone through every feature of my FM77AV20EX system introduction disk. It is too much information for one post, I feel. So I am breaking it up into five, one for each menu branch. As the first one is the shortest, it will also serve as the introduction. It is also the most boring and least interactive, so if it feels dry, wait for the third, fourth, and fifth articles! I will particularly like the second, but that’s my specific quirk about Japanese text entry.

These screens below are loaded in sequence upon booting the disk, they are similar to a Windows loading screen or something along those lines. The third image mentions that the machine is equipped with a Japanese language card, which allows for the input and display of complex Japanese writing. This is covered a bit more in article 2, and will probably eventually get its own article.

The first menu item just talks about handling floppy disks, the merits of backing up floppy disks, and allows you to set the date and time in a fancy-schmancy GUI.

But one piece of advice that is quite important is about compatibility with previous models. The FM77AV20EX comes with 3.5″ 2DD (640KB) floppy drives. The FM-77 and FM77AV came with 3.5″ 2D (320KB) floppy drives. It says that disks made for these older systems will work on the new one, but once you write data onto a 2D floppy disk, there’s a chance you can’t use that disk on the old systems again. I suppose you could format and use it again, but it doesn’t mention that.

Next: Copy that floppy! But only this time.

In the event your disk explodes, grows legs and runs away, etc. you want it to be a *copy* of your system disk, not the originals you’ll have to hunt down on Yahoo Auctions 30 years later, right? So copy those disks and use those copies. I did.

Well, it sure does look nice and is extra informative when you compare it to MS-DOS’s “Current date is 6/15/88/Please enter new date.” But it does take a lot longer to load.