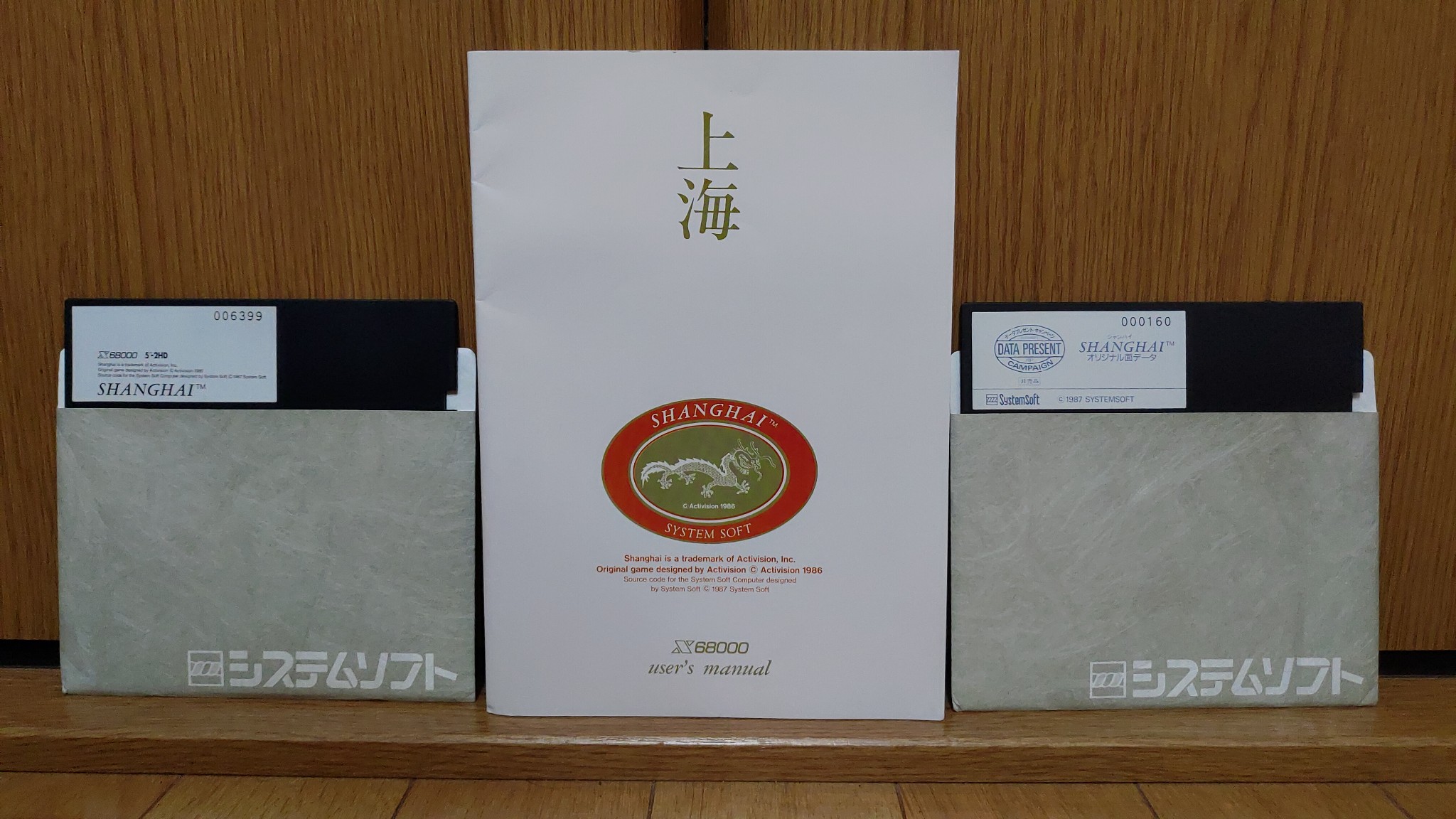 I bought the original disk from BEEP in Akihabara. It was dirt cheap at 280 yen, because there was no box and there was mold on the disk. I’m sure a disk without mold wouldn’t have cost much more, as even a boxed version would probably sell at 1000 yen, but this was the only copy they had. Of course, I cleaned off any excess mold before using it in my drive. Fortunately, it worked!

It’s standard fare for Shanghai. Find the matching tiles and remove them from the game board until you have cleared it. This game hardly stresses the limits of the X68000, but it is a clean looking version of the game. The only option for game control is the mouse, so if you don’t have that, you’re kinda stuck looking at the game board and planning your first move until your mouse arrives.

And a standard picture as well as an animated GIF of the winning screen. Just noticed the GIF is 32MB! Well, load it if you want to, but depending on my server’s response time at any given moment, it could take a while!