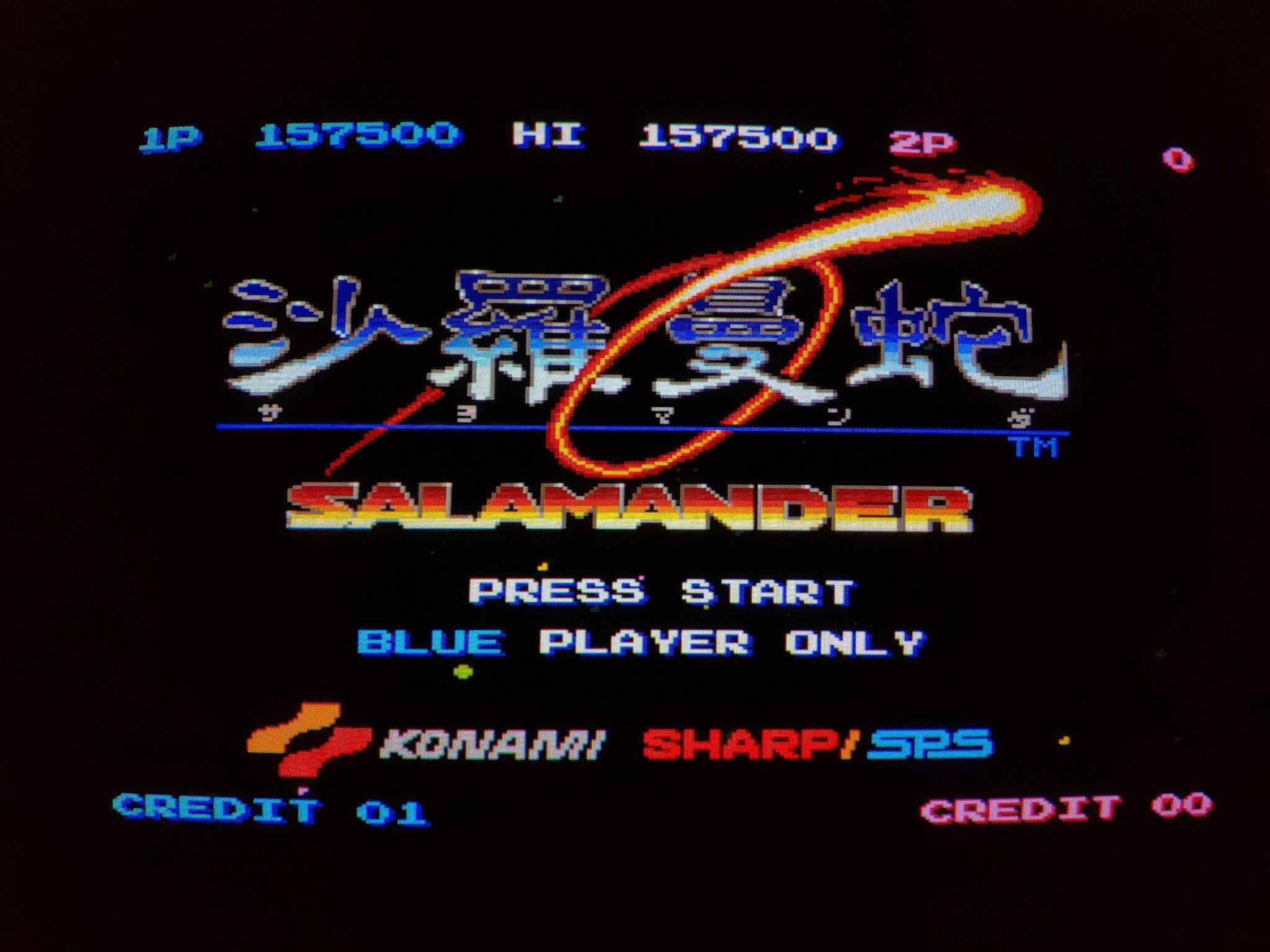 I’m not much of a shmup (shoot ’em up, a term I wouldn’t have known if not for my friend Chris, the shmup master) kind of guy, but starting with this game, the X68000 is starting to change my mind. When the title screen loaded, it was already a bit breathtaking, with its crisp display and vibrant colors.

And the game itself continued with that. It’s a very colorful and aesthetically pleasing game. But it’s also very engaging. The obstacles in your path are widely varied, forcing you to interact with the environment, not just the enemies and their shots. And the first boss fight was a nice challenge, nothing too aggressive and gives you a chance to get into the game and feel accomplished.

The second level suddenly tilts everything 90 degrees and you’re flying up instead of to the right. The third picture in the gallery below definitely crosses my comfort zone in terms of game intensity, but it was a fun challenge! This is about as far as I’ve got so far, dying at the boss of level 2. But I’ll be back for more!

This machine was made in 1987 and this game in 1988, but honestly, it seems a bit like cheating to call some of these vintage games. The X68000 is so sophisticated compared to most other consumer hardware of the time.