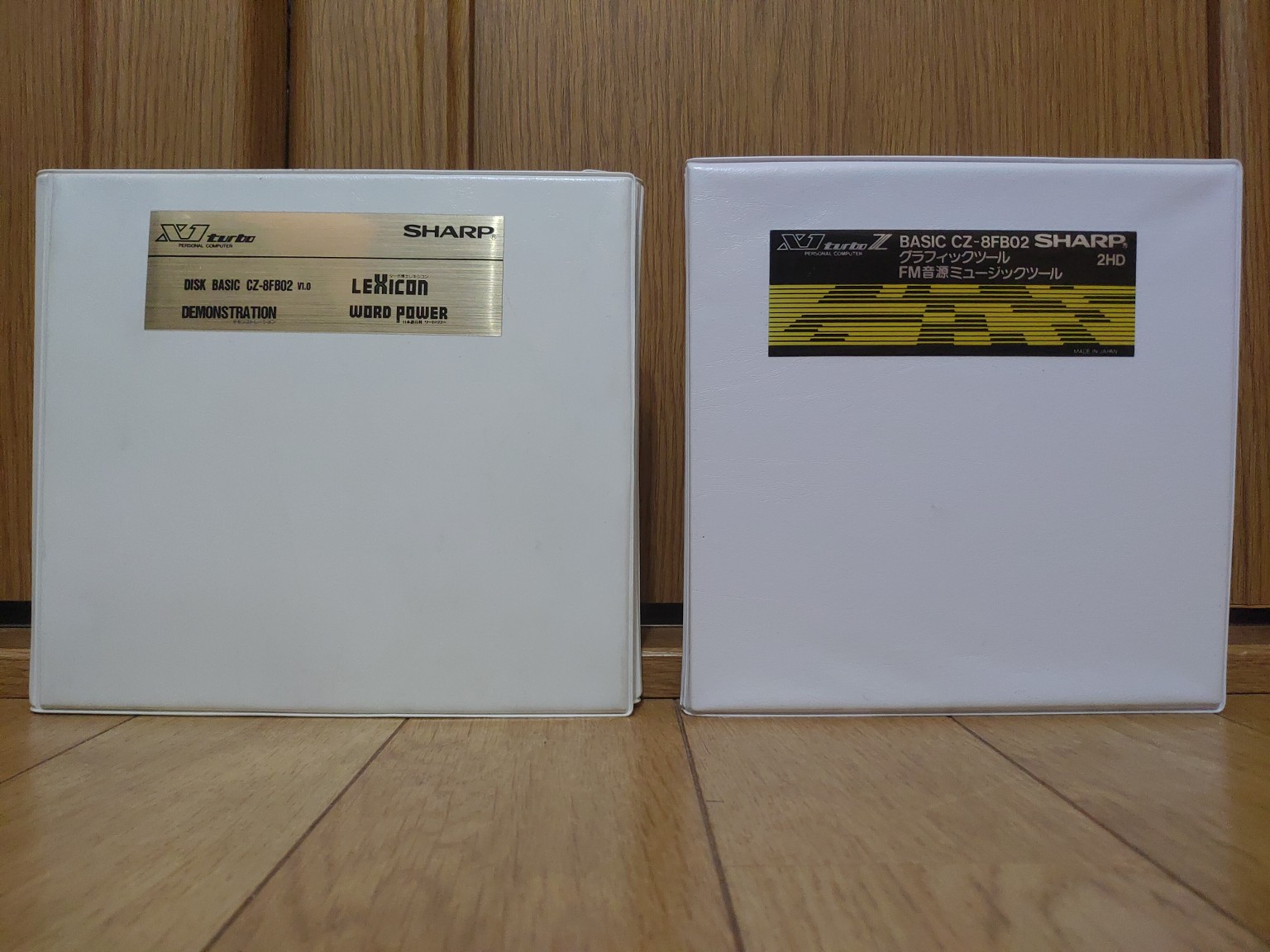 I just love the aesthetics of the disks and the cover they came in. They are their own works of art.

In the X1 Turbo Z lot, there are three disks, all high density. Applications included are:
– BASIC CZ-8FB02 (programming language)
– Graphics Tool (image creation/manipulation package, fairly feature-rich for the time)
– FM Music Synthesizer (allows people with the talent [not me] to create music)