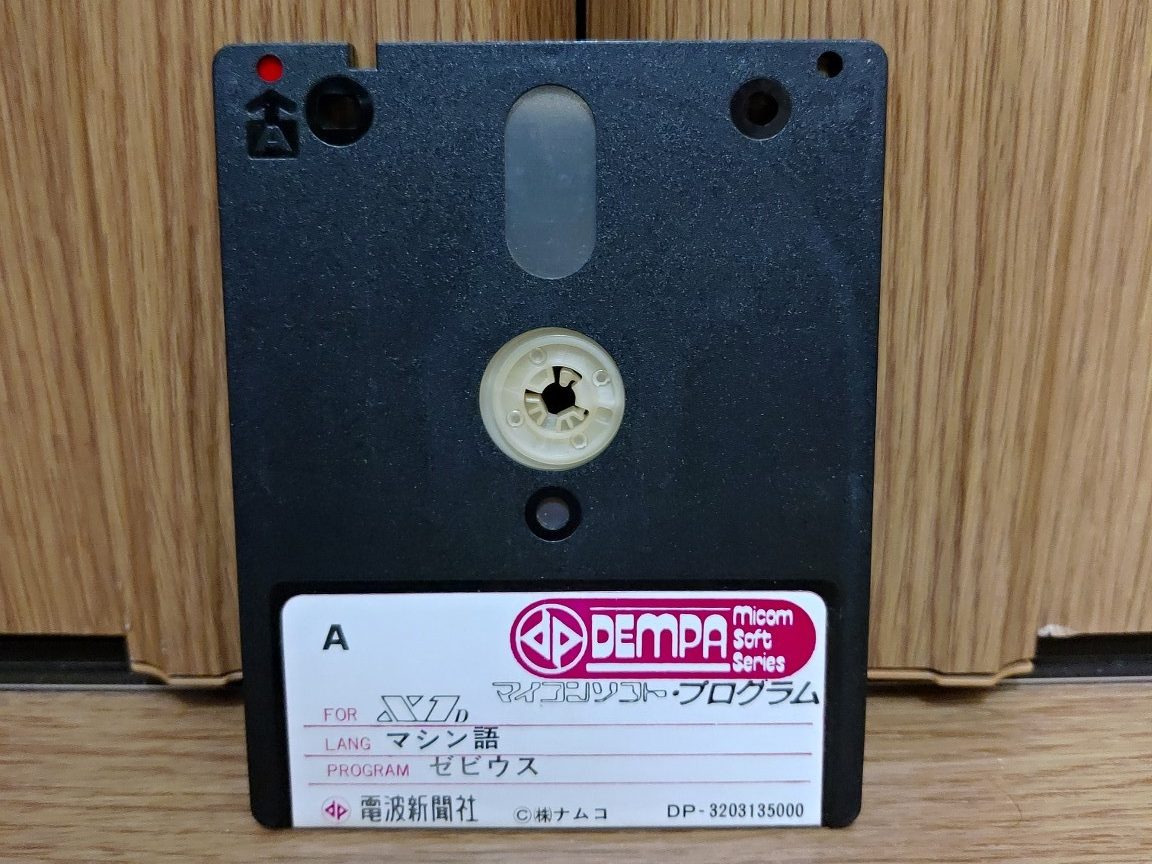 This is probably the most interesting game from a media perspective. It’s Xevious for my Sharp X1 D, which means it’s one of those newfangled 3″disks. I’d never seen one before. It’s kind of interesting. Thicker than a 3.5″ disk, open slot for reading media like a 5.25″ disk. Not exactly sure of its capacity at the moment.

It was bought untested, and since it’s my first disk for this computer, the drive is also untested, and that’s an uncomfortable combination. And to be sure, things did not go great at first. My first attempt yielded the following sequence:

This is complete failure, it didn’t even recognize the boot sector. But for some reason, with vintage computers, if you try the same thing repeatedly, sometimes you get different results. They may still not be good results, but they may be different. Attempt 2:

It’s not really any more beautiful, and the end result was the same, but it did find something and tried to boot the game. That’s definitely a step in the right direction. Attempt 3:

That fourth screen was a little unnerving, and the disk repeatedly went back and forth from beginning to end of disk, but it did eventually load. Basically successful! I tried one more time and it worked about 70% faster, so I figure this is a victory. I think the disk drive or disk just needed to stretch its legs a little bit after so much disuse.

Too bad I’m not very good at this game. Oh well! It was fun watching it come to life.