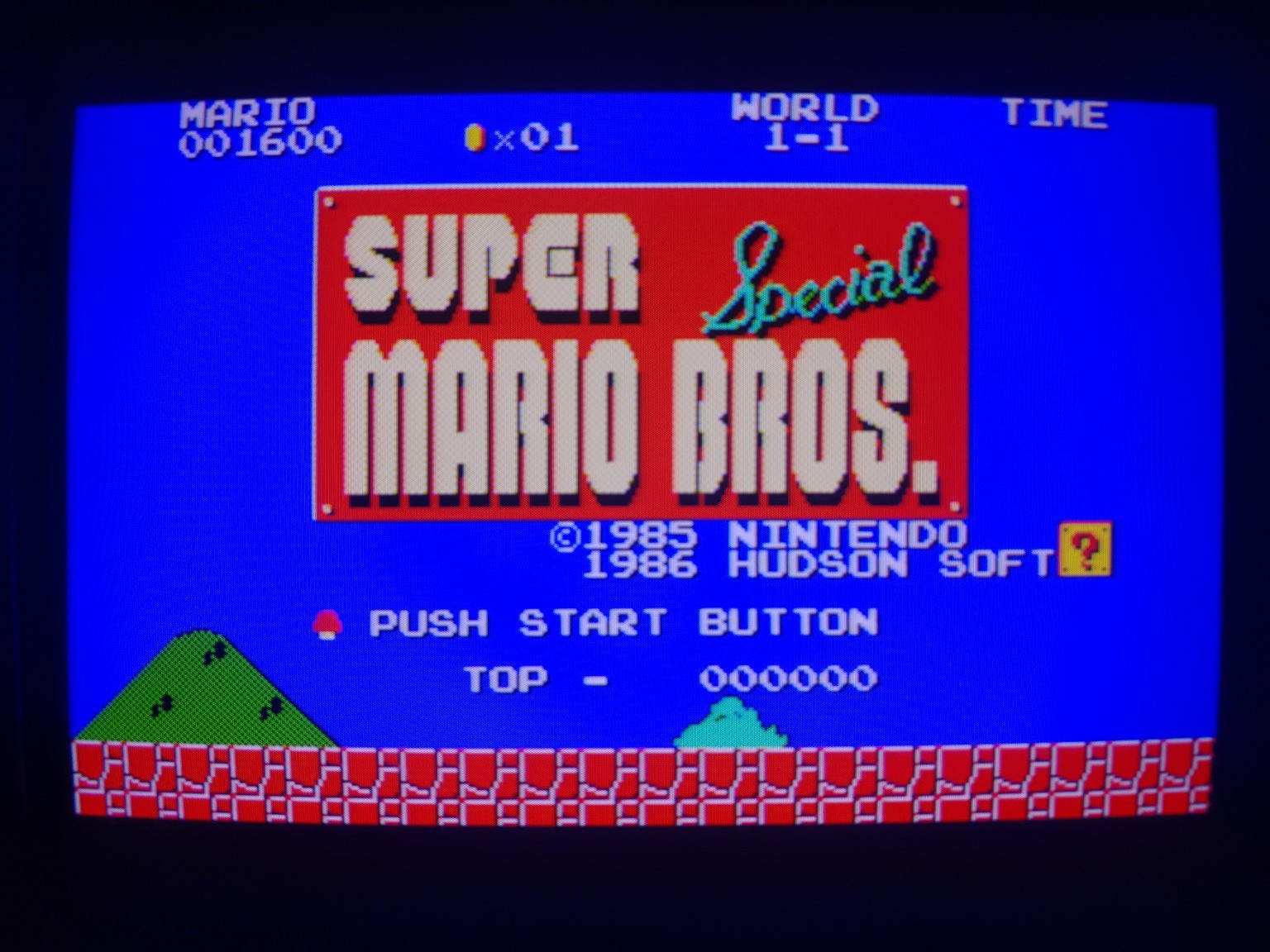 One thing I’ll preface this with, the game is quite difficult because of slowdown in gameplay. I so far have only managed to make it to world 1-3. But in my experience with it, despite some frustrations, it’s an experience worth having if you are a fan of the original game.

The graphics are nearly identical to the original, but the color selection is different. Mario appears to have changed clothes for this game, and when he gets the fireflower, he ends up looking more like Luigi than Mario. The scenery also has some color changes, and while level design is based on the themes of the original (1-1 is standard overworld design, 1-2 is basically underground, 1-3 is basically flat treetops), the courses themselves are quite different.

The game experiences a lot of slowdown, and in response to this, some of the physics also change to compensate. Some things you expect you can do because of the original Super Mario Bros. may not work quite the same in this game.

And forget what you know about hidden items, they are all different here! But the end-of-level fireworks still work the same.

Update! I made it quite a bit further, to level 2-4. Here are some more adventure photos.

I think if Nintendo had made this game and published it exactly like this, slowdown and all, for the NES, Super Mario Bros. would not have spawned the Mario universe as we know it. But with the rich history of Mario games, this is a unique version that I was glad to be able to play from a historical perspective.