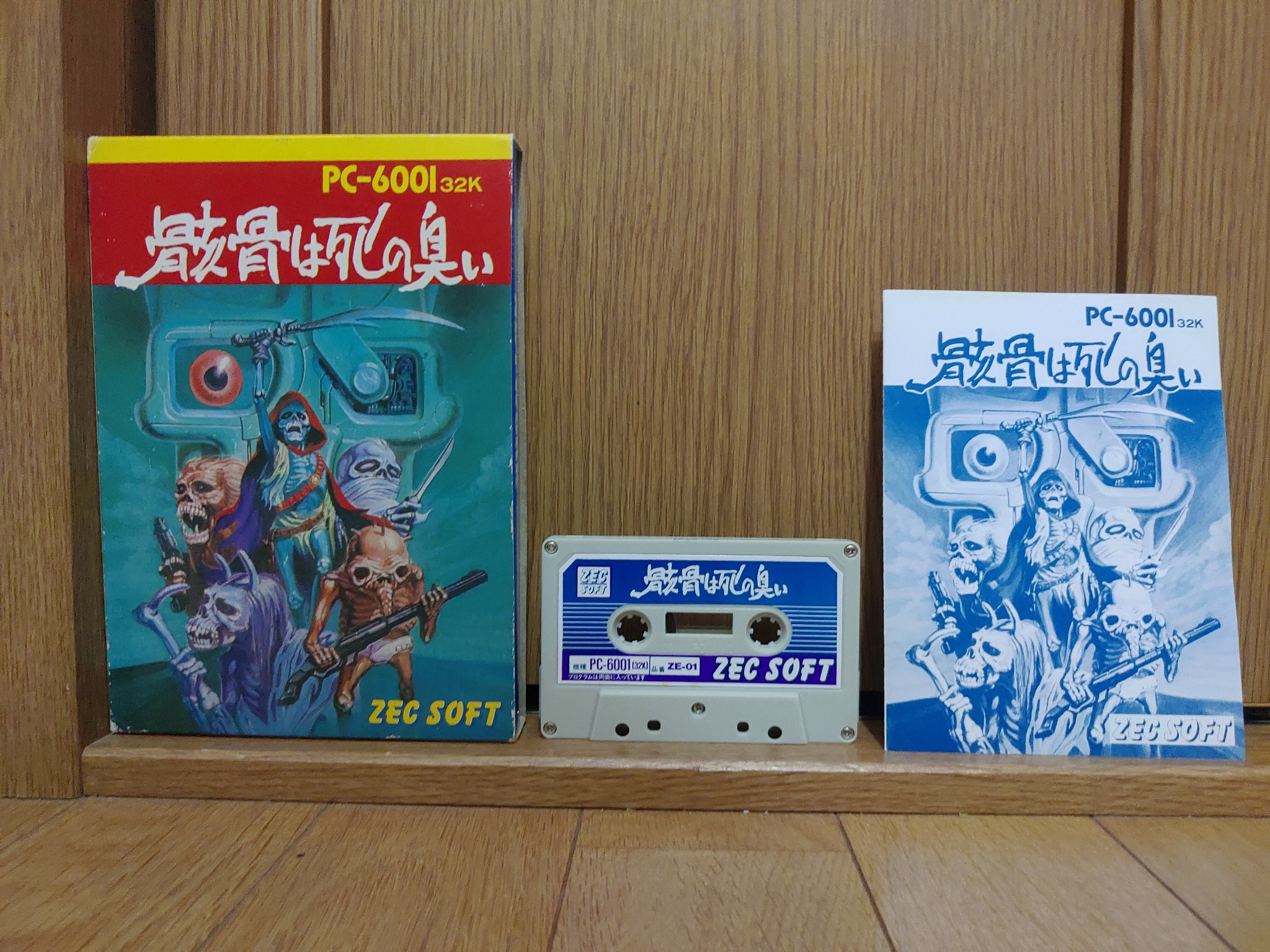 Sometimes, the artwork and title of a game really captures the imagination. Look at the box art. The title is “Skeletons Reek of Death”. It sounds like an epic role-playing game, or at least a good action game with fantasy baddies to fight off.

It is a breakout clone with a dancing skeleton on top. And the dancing animation was probably done in BASIC, because the arms disappear briefly as they move. I mean, I’m not going so far as to say it’s a terrible game, just… low effort and disappointing in comparison to the cover and title.